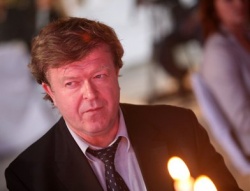 Alexey Anatolyevich Soldatov was born on November 25, 1951 in Moscow.

In 1979 defended the master's thesis, in the 1987th - the doctoral dissertation.

After the termination of institute worked in RNTs "Kurchatov Institute" where consistently held positions of the engineer, junior researcher, chief of laboratory, the associate director of department, the director of computer center.

2008-2010: Work in the Ministry of Telecom and Mass Communications

In 2008-2010 Soldatov was a Deputy Minister of Telecom and Mass Communications of the Russian Federation in Igor Shchegolev's team.

In the ministry Alexey Soldatov supervised strategic and scientific and technical development of the industry. Questions of development and start of the electronic government, creation of technoparks in the country fell within the scope of its activity. Besides, it supervised the project on obtaining the Cyrillic domain. The Russian Federation and also lawmaking activities for regulation of relationship of subjects on the Internet.

In November, 2010 it is appointed the vice rector of Lomonosov Moscow State University.

2011: Charge of capture of a zone. Russian Federation

On January 26, 2011 at the disposal of CNews[1] The draft decision of the commission created at the Coordination center of the national domain of the Internet (CC, the regulator of the domain zones.RU и.РФ) for investigation of potential abuses during registration of domains in зоне.РФ was[1]. The commission into which deputies of the State Duma from United Russia Alexander Khinshtein and Alexander Kogan entered, in particular, considered hasty and not up to the end worked out the decision of council of CC on the beginning made on September 30, 2010 since November 11, 2010 open enrollment of the Cyrillic domains. And, according to the commission, the CC was forced it to make under pressure of the representative of the state in council – the Deputy Minister of Telecom and Mass Communications Alexey Soldatov of that time (is the founder of the USSR's first Internet service provider - Relcom).

During the investigation the commission found out that the sister Soldatova – Irina Rassolova – owns 14% of stocks of registrar "Regional Information Centre" (Ru-Center, data of the USRLE). Its shareholders are also two more people entering into council of CC for launch of зоны.РФ: the CEO of Ru-Center Alexey Lesnikov (23% of stocks given to the USRLE) and the CEO of "The technical center of the Internet" (maintains a root register of domain zones. RU. SU and. Russian Federation) Alexey Platonov. According to the commission, Platonov is the CEO and the owner of 50% of stocks of Fiard company which possesses 49% of stocks of Ru-Center. Platonov confirmed to the commission the affiliation with Fiard and Ru-Center, Soldatov refused to communicate with the commission.

The commission does not exclude that specified persons made impact on the management of CC "on purpose not to set in motion to investigation of abuses", thanks to which Ru-Center during registration of domains in a zone. "Capture" of a large number of domains could perform the Russian Federation. In particular, during the first hours after the beginning of open enrollment the Ru-Center registered on itself 60 thousand domain names from which then on 24 thousand the registrar held private auctions (it became if prior to open enrollment more than one preliminary application for the same domain name came to Ru-Center). According to the commission, such actions violate the rules of CC prohibiting to registrars to set the different price of registration of domains for different clients, and obliging registrars to perform registration of domains on first come of requests from clients.

Besides, as in a zone. By the Russian Federation it is forbidden change of the owner of the domain within a year after the beginning of open enrollment, after holding auctions the Ru-Center remained the administrator of the sold domains in the root register of domain names. Winners of auctions registered as administrators only in the internal register of Ru-Center that, according to the commission, does not grant them rights of possession domains and is false representation of clients. The management of CC opposed actions of Ru-Center only after the Soldatov's resignation, having tried to block the domains offered for an auction.

The Ru-Center confirmed that Alexey Soldatov's sister is a shareholder of the company, having assured that the Deputy Minister of Telecom and Mass Communications in no way did not lobby the interests of the company in council of CC.

2012: Appointment of informatization of MSU as the head of department

Since 2012 Alexey Soldatov works as the adviser to the rector – the head of department of informatization of MSU.

On December 25 TASS with reference to the press service of Tverskoy Court of Moscow reported that Alexey Soldatov is sent under house arrest. He is suspected of large scale fraud. 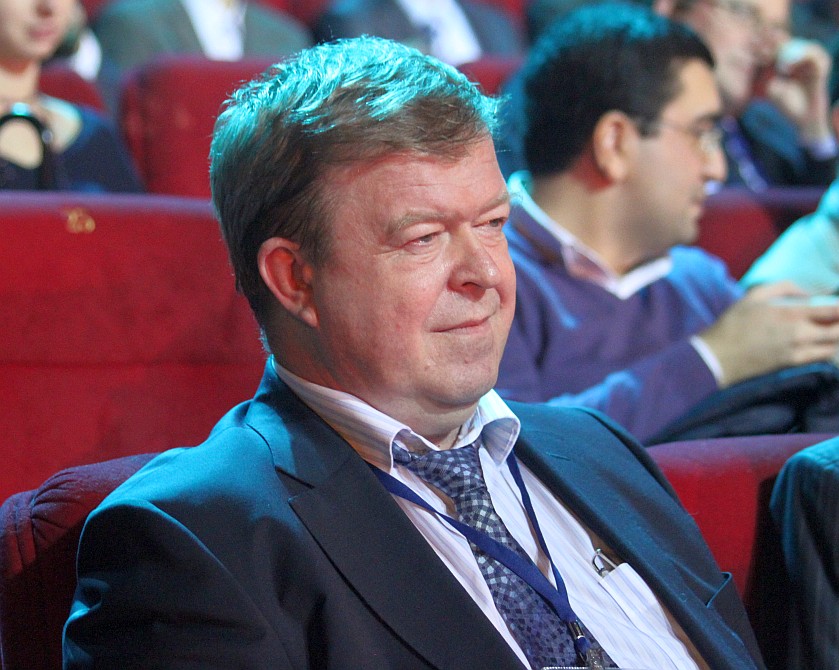 Alexey Soldatov is sent under house arrest till January 28, 2020

According to her, the petition was considered on December 13. The term of house arrest is set to Soldatov till January 28, 2020.

According to the Meduza edition, case is connected with transfer about 490 thousand IPv4-addresses for the amount more than 600 million rubles from the Russian research institute of development of public networks (RIPN) in the Czech company Reliable Communications which co-owner is Soldatov. At RIPN which long time was one of key institutes on management of Runet historically there was a big pool of the IPv4-addresses which became deficit recently — in November they completely ended in Europe.

The first prolongation of house arrest

The second prolongation of house arrest

The lawyer in the matter of the ex-Deputy Minister of Telecom and Mass Communications Soldatov: there is a feeling that the investigation drove itself into the deadlock and slips.

The third prolongation of house arrest

Release from under house arrest

The ex-Deputy Minister of Telecom and Mass Communications Alexey Soldatov accused "of plunder by deception of the right to the IP addresses" was released on September 28 from under house arrest. The Meduza edition reported about it.

Alexey Soldatov and also Evgeny Antipov who is connected to the case are released on recognizance, two interlocutors familiar with case parts told Medusa. This information was confirmed to the edition by Alexey Soldatov's lawyer Natalya Davydova. 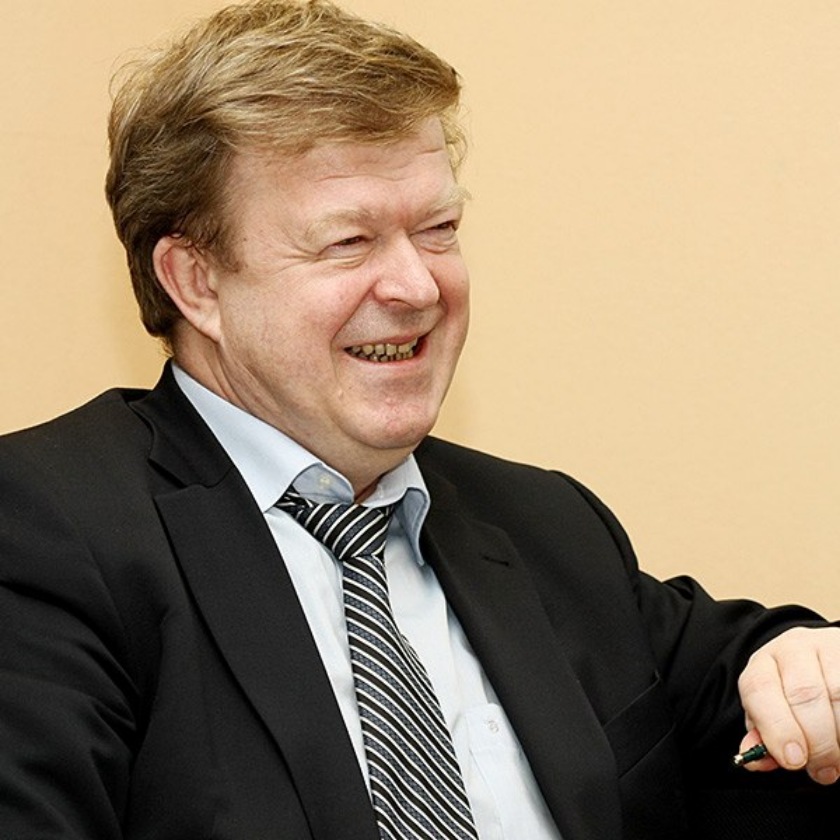 At the end of 2019 Alexey Soldatov was accused "of plunder by deception of the right to the IP addresses", but an actual reason of this case called the conflict around the rights to the domain.su.

At the end of 2019 Alexey Soldatov was accused "of plunder by deception of the right to the IP addresses", but an actual reason of this case called the conflict around the rights to the domain.su. In September, 2020 the driver's license to management of the domain.su was got by the state on behalf of RIPN - upon the demand of Administration of the President of their organization transferred the Fund of Development of the Internet (FDI) managing this domain of nearly 20 years, one of interlocutors of Jellyfish claims.

In base of Administration of an address space of the Internet (IANA) RIPN really appears the manager and the domain administrator of.su though at the time of emergence of criminal case concerning Soldatov by the domain administrator specified FRI. On the website RIPN the message that the domain zone.su was 30 years old was published on September 18 and now in it more than 100 thousand websites are registered.


In the same place there is information that since August 1 RIPN executes obligations for registration of domain names in the zone.su.

Galina Soldatova, the director of FRI and Alexey Soldatov's spouse, confirmed information on transfer of all rights to management of the domain to RIPN.


In RIPN were not responsible for questions of Jellyfish.

The co-owner of FRI and the person involved in criminal case Alexey Shkittin says that a request to give the rights to the domain.su arrived directly from Presidential Administration.


At the same time Shkittin noted that FRI performed many years functions of the administrator for the domain.su and though in IANA base RIPN appeared the manager of the domain, actually this function was performed too by FRI.


But in Presidential Administration were afraid that during liquidation RIPN in FRI functions of the manager of the domain.su will be transferred "and he will become its full owner therefore the state completely will lose control over.su", one of federal officials explained in a conversation with Jellyfish.

Alexey Platonov from council told earlier RIPN to Medusa too that RIPN and to Soldatova not so much the situation with a transfer of the IP addresses, how many "concern for the fate of the domain.su" became the reason for intervention of Presidential Administration in the conflict between. Under the law on sovereign Runet the domain.su really is a part of "a national domain zone" and the non-profit organization should perform "coordination of its activity", one of founders of which is the Russian Federation. The fund of development the Internet under these criteria does not approach.

Chairman of the Supervisory Board Fonda of development Internet. Alexey Soldatov is known as the founder of Runet also is one of the leading theorists in the field of electronic structure of substance and nuclear and electronic processes. It published more than 50 scientific articles which gained broad fame and recognition both within the country, and abroad. Doctor of physical and mathematical sciences.

Married. Has two children. The sister is Irina Rassolova.