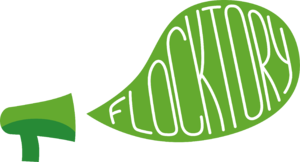 Flocktory - SaaS platform for social referral marketing in Eastern Europe. Flocktory is integrated directly with online stores and allows to create the personalized consumer experience for the visitor, analyzing such data as history and frequency of purchases, an average bill, social data, the region, force of social influence and others.

The company describes the solution as the platform for referral marketing on social networks which is easily integrated with any engine for online stores. Solutions of the company are used in e-commerce, financial, media and tourist spheres.

The Qiwi payment system purchased the Flocktory company which created SaaS platform for management and personalisation of lifecycle of users. Transaction amount was 832.8 million rubles. In exchange for it Qiwi received 80% of shares of Flocktory, the remained 20% belong to founders and top menedzhementu Flocktory.

Together with Flocktory its Russian and Spanish "subsidiaries" according to FreeAtLast and Floctory Spain were purchased. Paid Qiwi 831 million rub for 82% of stocks of Flocktory[1].

In 2013 Flocktory attracted 1.5 million dollars in an investment round And from Digital Venture Partners fund and is used by more than 500 online stores and financial companies in Russia, Ukraine and other CIS countries. Flocktory the owner the rating of AAA according to Russia Startup Rating 2014, the participant of Russia's Tech Tour 25, the finalist of IDCEE and the resident Skolkovo.

2014: The startup of Flocktory passed breakeven point and brought to clients over 60 million dollars

In total for 2014 the total amount of the orders attracted using Flocktory to clients grew by 10 times in comparison with results of 2013 to 60 million dollars. At the same time the number of profiles of buyers known to a system doubled and reached 25 million.

Being the startup based by Simon Proyektom and Ilya Ayzen in 2012 to the middle of 2014 the company passed breakeven point. It became possible thanks to development of a product line, increase in geography of presence and successful connection to the platform more than 500 new clients last year among which there are large players of the sphere of Internet retail: Ebay, Tehnosila, Amediateka, L'etual, Ulmart, AMF, Dostavka.ru, Lancôme and others. In total at the moment the Flocktory service is implemented at about 40% of the companies from a top of the Russian e-commerce of the market. * besides agreements were signed with several banks entering in top-30 the largest Banks of Russia. **

Considerable growth was shown also by other indicators. The number of the transactions seen by the platform in a year grew almost twice. So, in 2013 through the platform 2.7 million purchases a month while based on 2014 this digit made 5.2 million purchases a month resembled. As a result, at the total amount of visible transactions in the e-commerce market in 16 billion dollars a year ***, anyway passes through Flocktory service orders on more than 4.4 billion dollars that makes 27.5% of percent of all market.