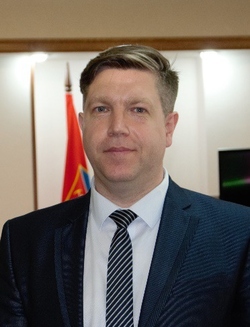 In 2008 he graduated from the Moscow State Law Academy.

He served in various positions in the regional department of bailiffs, headed the Center for Expertise and Evaluation at the Magadan torgovoindustrial Chamber.

Since 2009, he worked as deputy, and since 2017 - executive director of the Magadan Regional Fund for the Promotion of Entrepreneurship.

2022: Business defender of the Magadan region

By order of the Governor of the Magadan Region No. 218-rk dated May 7, 2022, Grigory Chub was appointed to the state post of Commissioner for the Protection of the Rights of Entrepreneurs in the region. This was announced on May 12, 2022 by the press service of Boris Titov, who agreed on the candidacy of a business defender proposed by the Magadan governor.

The candidacy of the newly appointed business ombudsman Grigory Chub was supported by the Magadan Association of Industrial Workers, the regional branch of Business Russia and the association of employers of the Magadan Region.