Russian robots began to be used by the UAE police

In early December 2021, the completion of the probation period for robots Promobot the Abu Dhabi police was announced. According to the results of testing, the devices of the Russian company were officially included in the work of Arab law enforcement agencies. 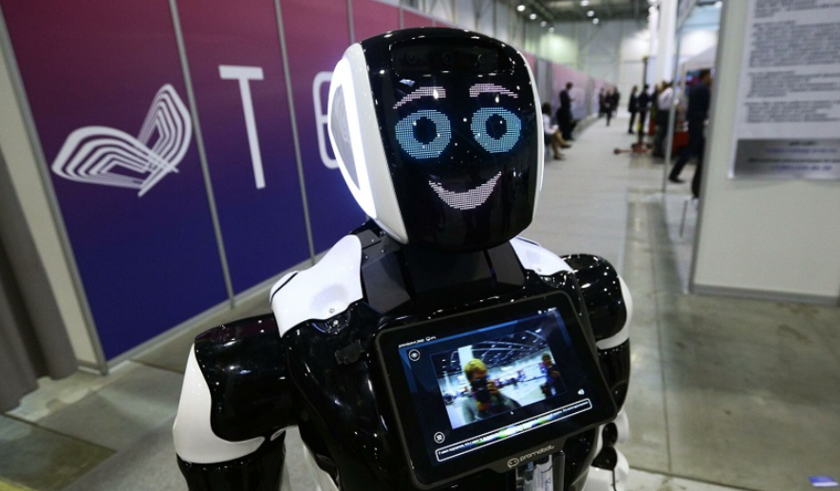 The police noted the high efficiency of this robot model. According to Abu Dhabi Police Executive Director Suhail Al-Haili, the robot helps offload police officers from routine patrol work and limits contacts between people during the COVID-19 pandemic. The police "are always in the conditions of making important decisions, and we cannot allow external factors to influence their work," he said.

It is noted that thanks to the successful pilot, by the beginning of December 2021, a project is being launched to equip police robots and other police departments in Dubai, as well as in the emirates of Sharjah and Ajman.

The Promobot robot patrols police facilities, conducts video surveillance of their employees and visitors, measures temperature and generally monitors law and order. He speaks English and Arabic, his memory contains the faces of the police officers with whom he works, as well as the wanted criminals.

Earlier, the Promobot robot began working at the central headquarters of the Dubai police in the UAE. The apparatus should advise citizens, answer questions, receive applications from visitors and monitor the safety of the entrance to the headquarters. It can communicate in English and Arabic. According to the developers, this is the only service robot in the world that speaks Arabic.[1]

In mid-July 2021, it became known that the UAE police began to introduce service robots of the Russian company Promobot. Law enforcement agencies decided to officially adopt Russian development after its annual testing in Abu Dhabi.

Thanks to the successful pilot, a project to equip police departments with robots is launched in the police in Dubai, as well as in the emirates of Sharjah and Ajman. 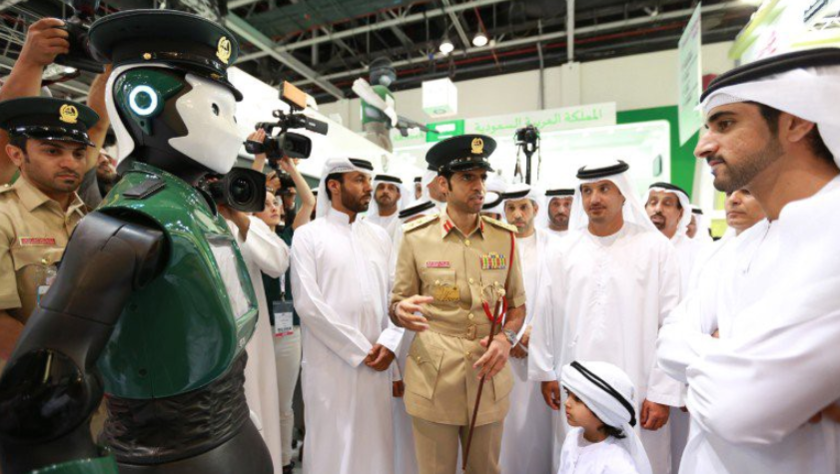 The duties of the robot include patrolling, video surveillance of employees and visitors to police facilities, temperature measurement and law enforcement. The robot can communicate in English and Arabic. According to the developers, Promobot is the only service robot in the world that speaks Arabic.

In order for the robot to effectively perform its duties, the creators of the robot, together with the UAE police, developed a special linguistic base that contains several thousand questions and answers, as well as a face recognition system. Promobot "knows in person" all police officers, visitors and wanted criminals.