2020: Information on opening of office in New York

On January 20, 2020 Promobot announced plans to open in office in New York. The company made such decision after became the resident of a local accelerator of VentureOut.

It is the second office Promobot abroad after the representation in Hong Kong opened in November, 2019. At the same time the company will save the main office and production in Perm. 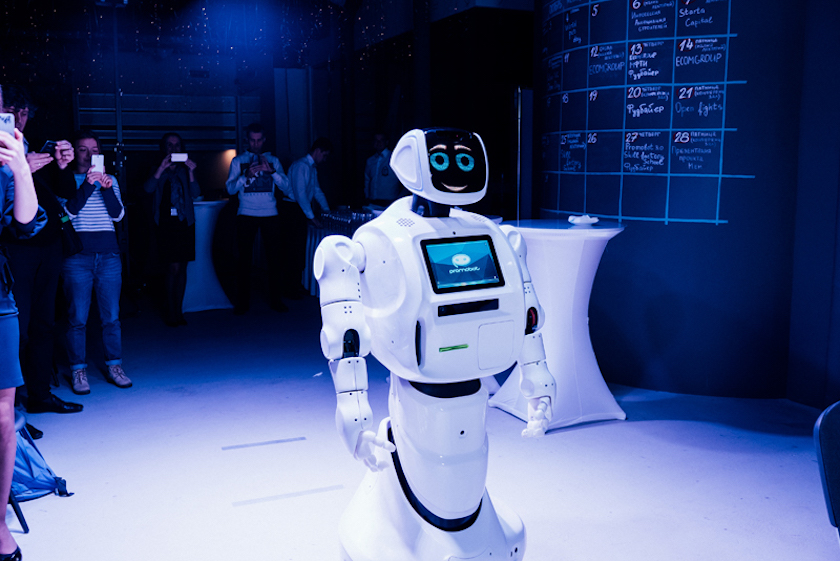 Promobot announced plans to open in office in New York

The American branch Promobot will be called Promobot USA LLC. The co-founder of Promobot Oleg Kivokurtsev will be engaged in development of branch.

4 employees will work at the first stage in staff of the American office: head of office, sales specialist, technical support specialist and prodzhekt-manager. The service center will remain in Philadelphia, and the main office will move to New York.


According to its forecasts, in 2020 revenue of the company will make about $5 million that will allow to double all turnover of Promobot.

By January, 2020 Promobot robots are used in 37 countries. Several tens from them work in Las Vegas, San Francisco, Philadelphia and Miami. Five systems work consultants at the international airport Baltimore-Washington.

Promobot became the resident of an accelerator in New York. The program assumes "access to a dense appointment calendar with mentors, investors, corporate heads and leaders of opinions" and three months last. Kivokurtsev says that in three months the company again will construct sales process in the market of the USA, adapts technical documentation and marketing materials.[1]