Skyeng is online school of English.

On June 27, 2020 it became known that Telegram-канал In4security detected date leak of 5 million pupils and staff of language online school Skyeng. Data in base were original, but the company did not confirm the fact of leak or cracking. 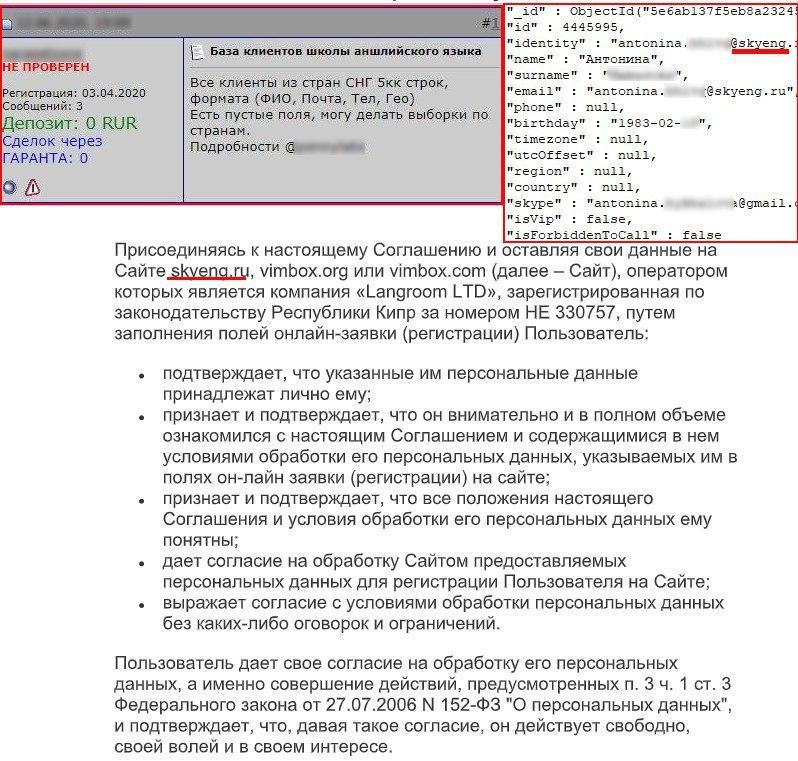 The founder of DeviceLock Ashot Oganesyan specified that data sell for 40,000 rubles. According to the expert, in base of 270,000 records about the Russian users, including pupils, teachers and the staff of online school. All base entirely costs about 80 thousand rubles.

The partner of the platform Alexander Laryanovsky declared lack of the bases to consider that the base is related to Skyeng.

Oganesyan assumed that the base flowed away as a result of open access to to the server MongoDB about three months ago. The base is laid out in MongoDB dump format that is visible on a format of data ("_id": ObjectId).

In January, 2018 it became known that Skyeng attracted investments from Baring Vostok funds. The company was estimated at $100 million[1].