Means of cryptographic protection of a state secret are still equated to weapon. Very few countries of the world have the cryptographic companies which do really good information security tools. Even in many developed countries there is no such opportunity: there is no school which would allow to support and develop these technologies. Russia one of the few countries of the world, – can be such countries five, or about that, – where all this is developed. And both in commercial, and in public sector there are companies and the organizations which saved succession of school of cryptography since those times when it only arose.

Symmetric enciphering provides use of the same key both for encryption, and for deciphering. Two main requirements are applied to symmetric algorithms: complete loss of all statistical regularities in subject to enciphering and lack of linearity. It is accepted to separate the symmetric systems into block and line.

In the block systems there is a splitting initial data into blocks to the subsequent conversion using a key.

In the line systems a certain sequence (an output gamma) which in the subsequent is imposed on the message is developed, and data encryption happens a flow in process of generation of a gamma. The scheme of connection with use of a symmetric cryptosystem is submitted in the drawing.

Scheme of connection with use of a symmetric cryptosystem

Where where M - the clear text, To - the secret key transferred through a closed channel, En (M) - encryption transaction, and Dk(M) - deciphering transaction

Usually at symmetric enciphering the difficult and multistage combination of substitutions and shifts of initial data is used, and steps (passes) there can be a set, at the same time to each of them there should correspond "the pass key"

Transaction of substitution fulfills the first requirement imposed to the symmetric cipher, getting rid of any statistical data by hashing of bits of the message under the certain set law. Shift is necessary for accomplishment of the second requirement – giving to a nonlinearity algorithm. It is reached due to replacement of a certain part of the message of the set volume by standard value by the appeal to an initial array.

The symmetric systems have both the advantages, and shortcomings over asymmetric. Carry the high speed of enciphering, smaller necessary key length at similar resistance to advantages of symmetric ciphers, big study and simplicity of implementation. Shortcomings of symmetric algorithms consider first of all complexity of key exchange in view of high probability of violation of privacy of a key at exchange which is necessary, and complexity of key management in big network.

The device of the asymmetric cryptosystems uses the idea of one-sided functions of ƒ (x) in which it is simple to find x, knowing value of the function but it is almost impossible to find itself ƒ (x), knowing only value x. The phonebook of the big city in which it is easy to find number of the person can be an example of such function, knowing his surname and initials, but it is extremely difficult, knowing number, to find the owner.

Principle of work of the asymmetric systems

Let's say there are two subscribers: And yes In, and the subscriber In wants to send the encoded message to the subscriber A. He ciphers the message using public key and gives him already ciphered on an open communication link. Having received the message, the subscriber A subjects it to deciphering using secret key and reads.

The scheme of work in asymmetric network

Hashing (from engl. hash) is called conversion of an initial information array of arbitrary length to bit string of fixed length.

The hash functions is a lot of algorithms, and they differ with the characteristics – cryptofirmness, digit capacity, computing complexity, etc.

We are interested cryptographic resistant a hash function. To it usually impose two requirements:

Requirements are called resistance to collisions of the first sort and the second sort respectively. For such functions there is important also other requirement: at minor change of an argument there has to be a significant change in the function. Thus, the value of a hash should not give information even about separate bits of an argument.

For giving to the ciphered information of bigger cryptographic firmness, in a cryptographic system rather simple transformations – primitives can repeatedly be applied. As primitives substitutions, shifts, non-arithmetical shift or a gammirovaniye can be used.

The quantum cryptography by right is considered a new round in evolution of information protection. She allows to create almost absolute protection of the encoded data against cracking. The idea to use quantum objects for data protection from counterfeit and unauthorized access was for the first time stated by Stefan Veysner in 1970. 10 years later scientists Bennet and Brassard who were familiar with Veysner's work suggested to use quantum objects for transfer of secret key. Read article"Quantum cryptography (enciphering)" 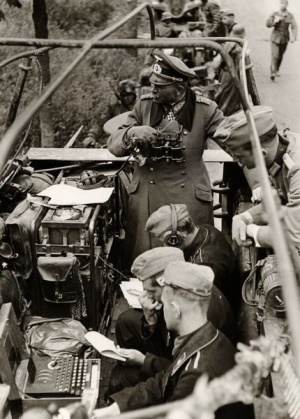 The cryptography is the most ancient science, and text messages which using certain algorithms lost sense for all, not having special knowledge of decoding of this message – a key were its initial objects.

The methods today applied unless to puzzles, i.e., according to the contemporary, protozoa were initially used. Treat such methods of enciphering, for example, a replacement method when each letter is replaced with another, remote from it at strictly certain distance in the alphabet. Or a method of permutable enciphering when interchange the position of letters in a certain sequence in a word.

In ancient times enciphering was applied mainly in military and trade science, espionage, among smugglers.

A bit later scientists-historians define date of emergence of other related science – a steganography. This science is engaged in masking of the fact of transfer of the message. It arose in antiquity, and here receiving by the Spartan tsar Leonid before fight with Persians of the provoshchenny plate with the text covered with the dry easily washed away solution can be an example. When cleaning the signs left on wax the stylus became clearly seen. Today for concealment of the message sympathetic ink, micropoints, microfilms, etc. serve.

With development of mathematics mathematical encryption algorithms began to appear, but all these types of cryptographic information protection saved statistical data in different volume degree and remained vulnerable. Vulnerability became especially notable with the invention of frequency analysis which was developed in the 9th century of our era by presumably Arab Encyclopaedist al-Kindi. And only in the 15th century, after the invention of polyalphabetic fonts Leon Battista Alberti (presumably), protection moved to qualitatively new level. However in the middle of the 17th century Charlz Babbage produced the convincing evidence of partial vulnerability of polyalphabetic fonts to frequency analysis.

Development of mechanics allowed to create the devices and mechanisms facilitating enciphering – there were such devices as a square board of Tritemius, the disk cipher of Thomas Jefferson. But all these devices ri to what comparison do not go with those, were created in the 20th century. At this particular time different cipher machines and mechanisms of high complexity, for example, rotor machines, the most known of which is Enigma, began to appear

Before rapid development of science in the 20th century cryptographers had to deal only with linguistic objects, and in the XX century possibilities of application of different mathematical methods and theories, statistics, combination theory, the number theory and abstrakny algebra opened.

But this break in cryptographic science happened to emergence of a possibility of submission of any information in a binary type separated into bits using computers that allowed to create fonts with unprecedented cryptographic firmness hitherto. Such encryption systems, of course, can be subjected to cracking, but time expenditure on cracking in most cases is not repaid.

Today it is possible to speak about considerable developments in a quantum cryptography.

Vladimir Putin's order about transition of state agencies to use of the Russian means of enciphering.