As IT budgets of federal state agencies in Russia change. Ranking of TAdviser

In a ranking data on planned and actual volumes of IT expenses of federal authorities for 2019 are submitted and their comparison with data of 2018 is given. While the total amount of federal IT costs in a year increased approximately by 10% (2018 - 118.8 billion rubles, 2019 - 130.4 billion rubles), at the level of separate departments the picture was very motley – from growth by 1.5-3 times before decrease by 40-60%. Article is included into the Informatization of a Public Sector overview

As the research prepared

In 2020 5 years from the moment of the publication of the first overview of TAdviser devoted to IT expenses of federal authorities were performed. For all last years each such publication became a subject of keen interest of readers, and the estimates of budgets given by experts of TAdviser on the basis of own analysis technique and which were quite often dispersing (as a rule, towards increase) with officially published data, attracted invariable interest of readers and media. 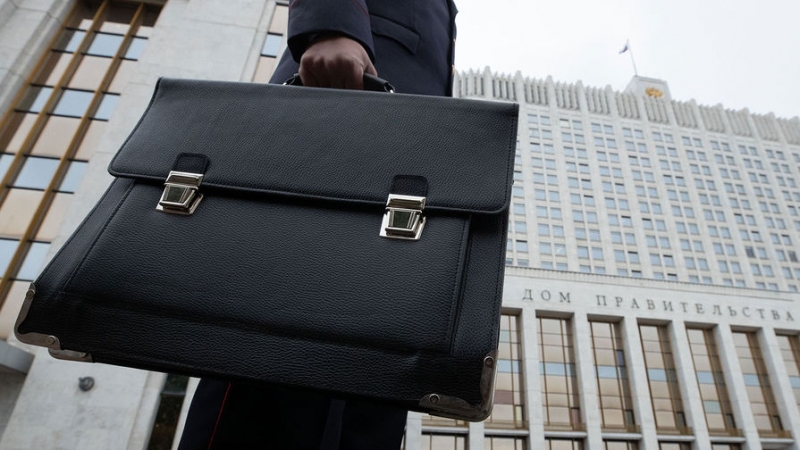 Availability and quality of data on IT budgets – still a problem

In 2016 the first overview of TAdviser on IT budgets of 2015 was prepared on the basis of the open information placed on the Portal of coordination of the AIS UVIRI (in 2013-2016 it was the main GIS which is used in state informatization coordination processes). However, since 2017 collection of information for annual reviews of TAdviser turned into peculiar information and archaeological researches (in more detail about it see article "As the openness extinguishes turned into closeness. Chronicles of degradation"). Experts had to collect information literally on particles, studying the plans of informatization (PI) of federal agencies published on the official sites. The special complexity for the analysis was represented by that feature of the publication PI that they joined only "by the piece" the actions for informatization approved with the Ministry of Telecom and Mass Communications and the complete size of the IT budget of department was not specified. Within a year each department published about 10 versions of the PI, and is more or less realistic it was possible to estimate the IT budget size only by the end of the year when in the plan there were practically all initially provided actions.

Only at the beginning of 2020 the Ministry of Telecom and Mass Communications of the Russian Federation began to publish in structure of open data on the KI FSIS portal of data on planned volumes of budgets on informatization of the federal agencies approving the IT expenses with the Ministry of Telecom and Mass Communications. From more than 80 public authorities which expenses in the field of IT are watched several years by TAdviser a set of open data includes digits only on 70 federal executive authorities for the period 2017-2019, at the same time on some departments there are no data for separate years though, in KI FSIS these data are available.

More than 10 federal public authorities have the right to spend funds for IT without approval of the Ministry of Telecom and Mass Communications and can place data in KI FSIS only for the purpose of informing the regulator. Some OGV from group of "exempts" (The State Office of Public Prosecutor of Russia, Accounts Chamber of the Russian Federation and some other) use KI FSIS for the purpose of ensuring own planning processes of IT expenses, however, do not publish data of these departments in the Ministry of Telecom and Mass Communications, despite their existence.

A certain bewilderment causes also that circumstance that the Ministry of Telecom and Mass Communications does not publish data on the actual execution of IT budgets though, performance reports of plans of informatization of ended year annually prepare federal agencies to currents of January-March of the next year.

Because of a stable lack of official information on departmental IT budgets from the Ministry of Telecom and Mass Communications and from federal executive authorities experts of TAdviser had to look for the new sources capable to close information gap. The reports of Federal Treasury posted on the official site of department became the main such source. Data on a statement and execution of budgets for groups and expense types are published in them. As now PI of federal agencies join only budgeted expenses with the code of an expense type 242, the mentioned reports allowed to obtain reliable information about the actual level of execution of IT expenses of departments.

How in a work progress over a ranking of IT budgets of 2019 it was revealed that in open access there are official data on execution of budgets by expense types, experts of TAdviser made the decision to change the basic principle of ranging, having brought closer it to reality. Departments in a new ranking are placed not as the planned volumes of IT costs, and on really spent budgetary funds.

Experts consider that such principle of ranging is more correct. Besides, comparison of departmental plans of informatization to real costs is represented interesting – for this purpose the table includes the Planned budget column according to which in previous years and there was a ranging. On some federal executive authorities the difference between planned and actual volumes of IT budgets is very noticeable that can testify not so much to shortcomings of planning processes, how many to some contingencies which arose already in course of execution of the budget. So, for example, the fact that execution of the IT budget of the Pension fund in 2019 made only 65% of the planned volume (see Tab. 1 below) is unambiguously connected with criminal case against the deputy manager of RPF Alexey Ivanov who was responsible in fund for IT.

But adding in itself of the budgets given on execution allowed to reveal earlier not noted nuances. Here only some of such nuances which more detailed analysis requires the separate analysis:
1. The planned volume of the IT budget of FAS Russia in 2019 was at the level of more than 536 million rubles, and execution made only 147.5 million (27.5%). Why remained unspent nearly 390 million rubles and for what purposes they were intended?
2. Rosreestr from nearly 3.7 billion rubles planned initially spent 2.9 billion (budget implementation level – 79%). Why Rosreestr dares not to spend means several times more, than other departments can plan in general? To spend nearly 770 million rubles which planned, but did not spend Rosreestr, exceed the summary IT budget of 17 departments taking in a ranking places from 65 to 81.
3. The old Ministry of Education and Science existing till 2018, on average, in 2015-2018 spent for IT annually about 120-140 million rubles. And IT budgets of two new ministries formed on its base – Minprosveshcheniya and the new Ministry of Education and Science, - inherited and separated among themselves the predecessor's IT infrastructure, made in 2019 more than 850 million and more than 430 million respectively, i.e. totally approximately in 10 times more, than at the old ministry. And, both departments spent more than 1 billion rubles in 2019. On what did these amounts leave?

Comparison of dynamics of IT budgets of departments in 2019 with previous year is represented not less interesting. While the total federal IT costs in a year increased approximately by 10% (2018 – 118.8 billion are performed, 2019 – 130.4 billion are performed), at the level of separate departments the picture was very motley – from growth by 1.5-3 times before decrease by 40-60%. At the same time at some departments the observed decrease in execution of the IT budget in 2019 was on closer examination just return to the standard level of expenses from the sudden jump which happened the previous year.

1. So, Rosrezerv planning in 2018 IT costs at the level of about 240 million rubles in reality spent 711 million rubles then the level close to 300 million rubles annually returned on average for itself.
2. And Federal Service for Alcohol Market Regulation, in the last 3 years (2016-2018) having the IT budget between 150 and 200 million rubles, in 2019 increased it in the plan to 790 million rubles, and spent nearly 800 million.
3. The State Office of Public Prosecutor of Russia planned in 2019 IT expenses on the amount almost of 8.5 billion rubles (3 times more, than the previous year) and practically spent all this amount. Such sharp growth of IT expenses in the main supervising department of the country is probably caused by an active phase of digital transformation [1] (in more detail).
4. More, than by 1.5 times the IT budget and at the National Guard of the Russian Federation – from 2.86 billion rubles grew to 4.5 billion in 2019, and, budget implementation made 4.2 billion (93%).
5. The IT budget of the Ministry of Internal Affairs of the Russian Federation also increased in 2019 almost by 1.5 times – and on total amount, and on execution. In 2019, we will remind, then the prime minister Dmitry Medvedev announced big plans for updating of ICT infrastructure of department [2] (in more detail).
6. The Ministry of Economic Development which was steadily within several years at the beginning of the third ten of a ranking with IT budgets from 400 to 800 million rubles suddenly made in 2019 jump on 16 positions up the size of the performed IT budget at once – nearly 1.7 billion rubles against 460 million the previous year. What this anomaly of the IT budget is connected with?

Give the forecast for a year, a half of which already passed, - not the most rational occupation for experts. At this time all plans of informatization of a federal executive authority already not only should be approved and published, but also actively be performed. In general, and occurs, despite force majeure of 2020 – it can be seen if to analyze data on the purchases announced by departments and the signed contracts.

Unfortunately Ministry of Telecom and Mass Communications Russia (as of 7/21/2020) did not show planned targets of IT budgets of departments for 2020 in the open data published on the KI FSIS portal, still.

The preliminary forecast of experts of TAdviser for the total volume of IT budgets of federal agencies in that treatment which was used in the previous rankings (on the planned volumes by the form of expenses 242) shows that cardinal changes should not be expected – assessment is at the level of 125-130 billion rubles. But it is quite possible that a part from this amount of funds will remain unspent – because normal processes of business activity were significantly broken in the spring of 2020, and documents on a number of the planned large purchases were processed with considerable adjustment on terms.

It is also necessary to make a reservation that in the second series of the overview preparing for the publication, experts are going to provide assessment which is based on the updated and expanded technique for 2020. So, to this assessment it is going to add data on IT expenses of the subordinated organizations of federal subordination and also budgets of IT actions from structure of national/federal projects which are financed on the expense types which are not falling under requirements of obligatory approval of the Ministry of Telecom and Mass Communications of the Russian Federation.

By very preliminary estimates, this "delta" can make several tens (about 50-60) billions of rubles.