Moscow should become not the unicentric, but polycentric city, the mayor Sobyanin considers. "At least 5-6 centers should be self-sufficient", – he told in August, 2011. According to him, in the attached territories there has to be a complex arrangement, including offices, housing, social and cultural facilities.

The authorities of Moscow can create from the attached territories the certain administrative district – the eleventh. The total area of the territory attached to the capital is 144 thousand hectares. According to the mayor, "we about it did not make any decisions yet, but I think that initially we will create one district in the attached territories", – Sobyanin said. According to him, documents on transfer of lands and refining of borders will prepare during few years.

In the attached territories the small population – about 150,000 people. "It will be one of the smallest districts on the population, but the biggest across the territory", – the mayor noted. 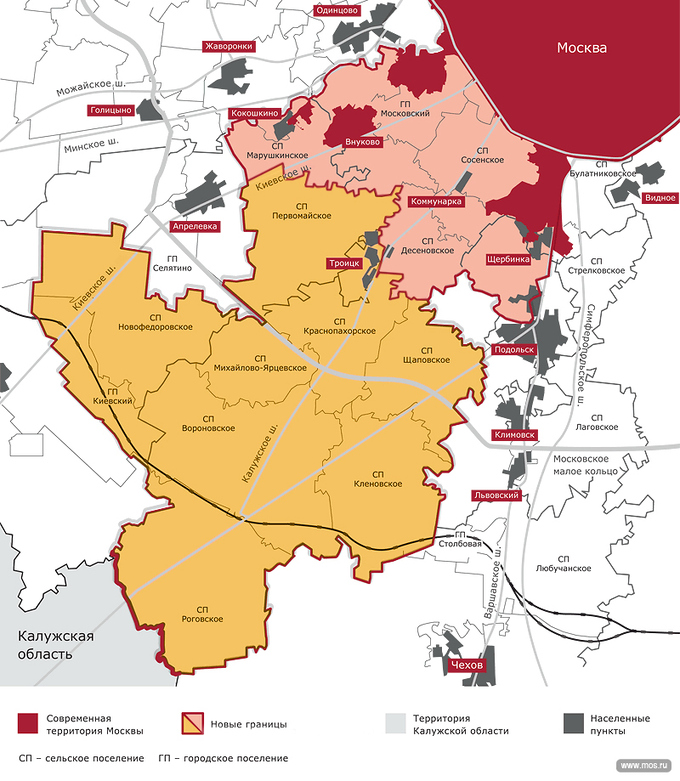 Technologies of information modeling in Moscow 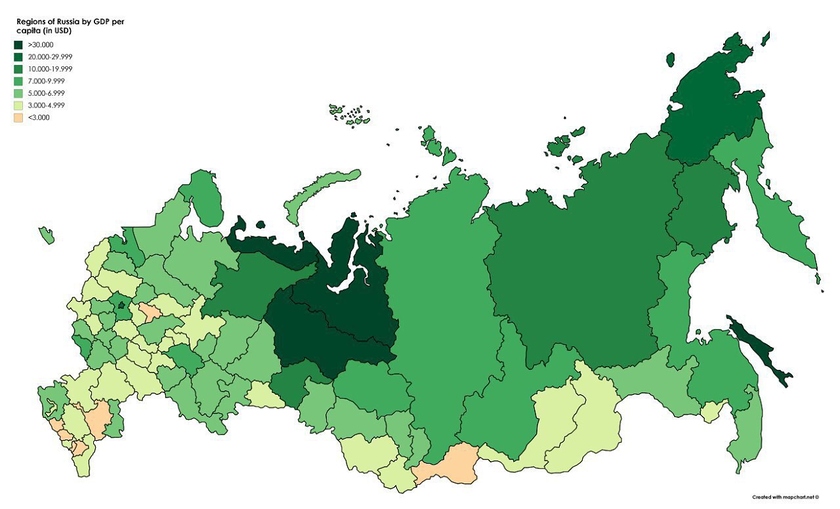 GDP of regions of Russia per capita in US dollars. Given for the beginning of 2019. 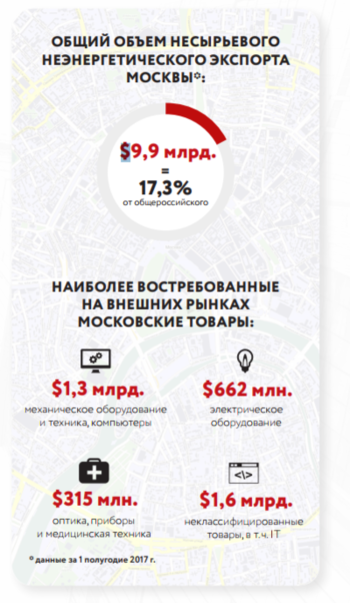 The deputy manager of the capital Moscow Department of Science, Industrial Policy and Entrepreneurship Emil Petrosyan told in January, 2018 about scales of export activity of the Moscow companies: for January-October, 2017 the volume of non-oil not power export of Moscow was 19 billion dollars, these are 18.5% of the volume of non-oil not power export of all Russia. At the same time for 2017 the Moscow exporters increased export volume in a non-oil segment by 26%. In the capital more than 4700 export companies are registered, they deliver the products to 182 countries of the world. "Moscow – the leader of the Russian export, but it also the producer of world-class hi-tech products. Electronics, automotive equipment, the medical equipment and, of course, IT solutions of the Moscow companies are abroad demanded", - Emil Petrosyan emphasized.

The interests of owners of lands – or the credits which are bought up by landlords, or taken by banks after a non-return by developers were traced expansion of Moscow.

"Transformation of the former kolkhoz fields into something liquid will demand huge even by the standards of state banks of investments, - the head of analytical center "Indicators of the Real Estate Market" Oleg Repchenko emphasizes. – From this point of view the idea of creation of the capital federal district under which money for development of territories will select from the federal budget, – solution of the problem of "bad" assets, ideal for bankers".

One of the main interested players – Sberbank which, in particular, got very "tasty" land plots in Ruble and Arkhangelsk and which actively lobbies now construction on them the international financial center.

In the middle of July, 2011 at a press conference Sberbank Russia the head German Gref said: "When to us suggested to place financial center on the section belonging to Sberbank in Ruble and Arkhangelsk, we after study agreed. A problem of the city – to give an opportunity to develop where it is convenient to it for business. In Moscow there are financial clusters, however further development of the city will demand emergence of the new platforms which are infrastructure connected with already existing. Due to the planned expansion of Moscow this opportunity should be considered".

But here he met his match: the Government of Moscow stated that it is not going to buy the private lands located in the territory attached to Moscow at high price. According to Marat Khusnullin, "in the specified territory enough federal lands, besides, there are available a significant amount of private owners who come to the Government of Moscow with an initiative of building of their territories".

Later and the mayor Sobyanin said that Moscow did not make the decision on the organization of the International financial center in Ruble and Arkhangelsk. "We do not have this territory, we cannot make any decisions on it. We have so far an idea which we will discuss. When the decision is made that it is the territory of Moscow, we will solve then. We should look round, adopt somehow some development plans, then tell – yes, there will be a financial center here", – the mayor noted.

But he added that financial center – not budgetary institution, but absolutely private project. "Let will approve the concept, parameters, construction documentation – and forward. The city should work in terms of construction of transport infrastructure", – Sobyanin told.

The authorities of Moscow by the end of 2018 will set 49 thousand remotely operated lamps in the city, the CEO of OEK company Andrey Mayorov reported.

"Until the end of 2018 49 thousand city lamps will be controlled remotely. These are lamps on Sadovyi and the Third Ring Road, outgoing trunks - Leningrad, Kashirsky, Volgogradskoye Highway", - he told in the interview published on Monday on the portal of the mayor and the Government of Moscow.

According to Mayorov, now lamps are switched on and off automatically using a management system for lighting. It occurs according to the diagram which is made depending on rising and sunset.

Installation of "smart" lamps will allow in the future the manager to trace, burns or the lamp does not burn and also to include or switch off it manually. "For example, if suddenly clouds sharply cloud the sky and will become absolutely dark, specialists only by means of a computer mouse will light lighting on some certain street or in the whole quarter. The same in the morning - managers will be able to switch off lamps earlier if day was issued clear and solar", - Mayorov specified.

He added that within a pilot project controllers equip already 20 lamps on Bolshaya Cherkizovskaya Street in the Eastern Administrative District.

Muscovites consume less electric power and waters, than residents of New York and London. The head of capital department of urban policy Sergey Lyovkin told about it in July, 2017, having referred to data of a fresh research of PricewaterhouseCoopers.

"Installation of metering devices and also a package of measures for implementation of energy efficient technologies in construction led to decrease in consumption level" — the portal of Stroikompleks of Moscow quotes Lyovkin. The official also added that a role in increase in indicators of energy efficiency of capital new buildings was played also by the upgrade of DSK which came to the end last year.

Moscow managed to achieve even more impressive results in water economy. Level of its consumption on the person in the same 2015 was 147 liters a day. On this indicator from 12 largest agglomerations Moscow conceded only to Berlin: the water consumption in the capital of Germany made 114 liters a day.

System of obligatory checking of counters

The pilot project on the centralized checking of counters of water by management companies will be implemented in two cities Russia in 2017. RIA Novosti The head told about it in an interview Rosstandart Alexey Abramov.

"It, first, will be cheaper, secondly, if we work not individually with residents, and with management company, it will be quicker. As it seems to us, it will allow to exclude fraud when some unclear companies impose some unclear services in checking" — Abramov explained.

From his point of view, the experiment can be made precisely in St. Petersburg and Nizhny Novgorod. If experience is considered successful, from next year it can be extended and all over the country, the official told.

The initiative of Rosstandart already found support in construction department and To the State Duma. In particular, the approval of an experiment was announced HOUSING AND PUBLIC UTILITIES Ministry of Construction by the department director Andrey Tamantsev and the deputy chairman of the State Duma Committee on housing policy and housing and public utilities Pavel Kachkayev.

In the residential sector of Moscow 5.5 million tons of garbage (data of October, 2012) are annually formed. The leader in this indicator is the South-Western Administrative District where about 370 kilograms of waste a year are the share of one inhabitant.

In October, 2012 it became known that the Moscow authorities intend to give 404 thousand tons of the household waste which is annually formed in the residential sector of the Southwest district, to private business and are ready to pay for it 25 billion rubles, RBC daily writes. Tender on this contract should take place in November, 2012.

High price and duration of the contract calculated on 15 years is explained by the fact that the contractor should create infrastructure from scratch. The winner should have polygons, specialized vehicle fleet, switchyards and waste recycling plants.

Only the largest players of the market will be able to apply for so large-scale contract. At the same time the edition notes that to find the company capable to execute all amount of works, will be difficult. Besides, from adoption of the basic decision on an experiment before carrying out tender, there will pass only two months. During this time it will be difficult to any structure to involve financing from outside.

The southwest district is made pilot, but if the experiment is successful, then in private hands all system of collecting and utilization of household waste can be transferred in the capital during 2013.

Market of lease of apartments

The ICT company in Moscow

the List of the ICT companies working in Moscow

2017: Receipts are three times lower than the plan 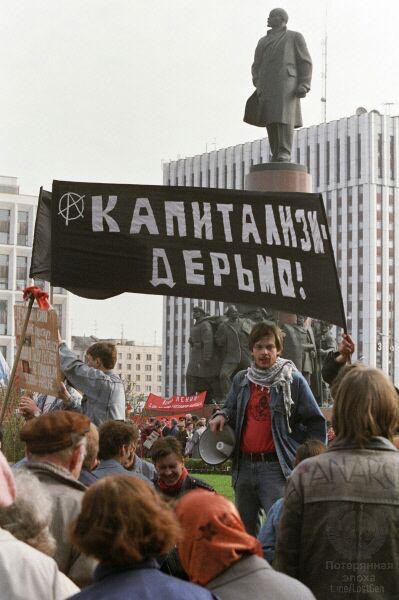 Demonstrators at October Square in Moscow show the relation to a popular social and economic system, 1994. 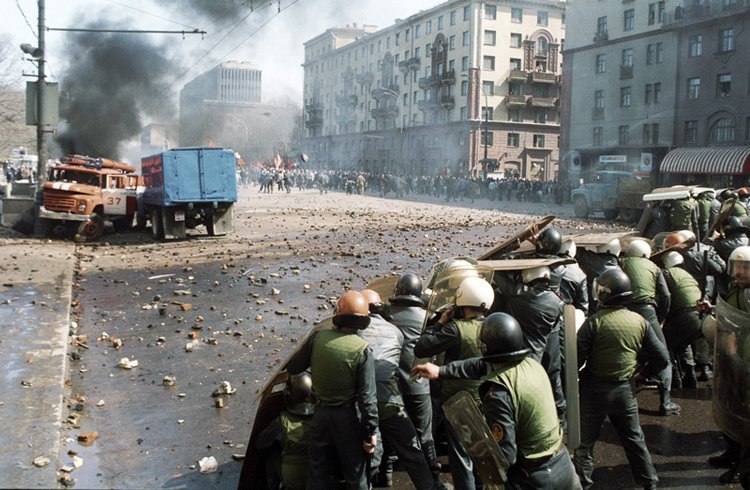 Acceleration of a May Day procession of communists, Moscow, 1993. 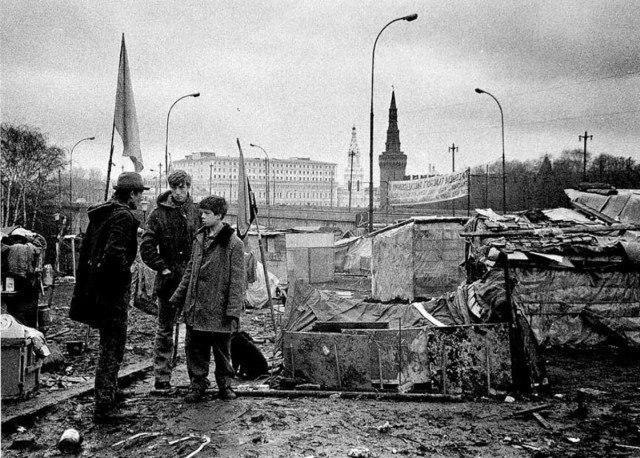 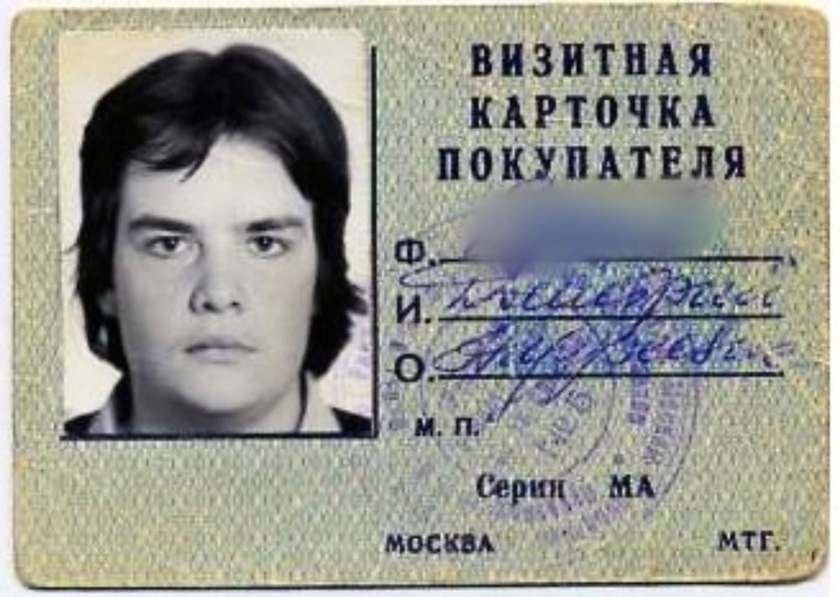 Card of the buyer. Only owners of this document could make purchases in the Moscow shops in 1990-1991. 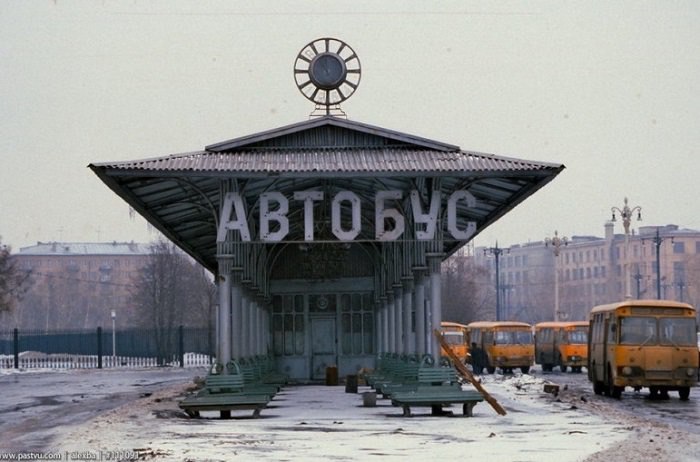 The bus station around VDNH, Moscow, the 1980th. 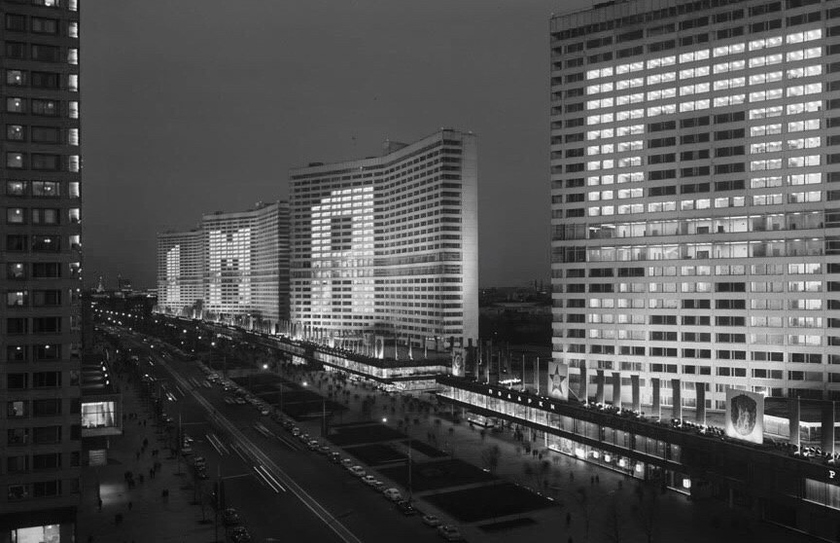 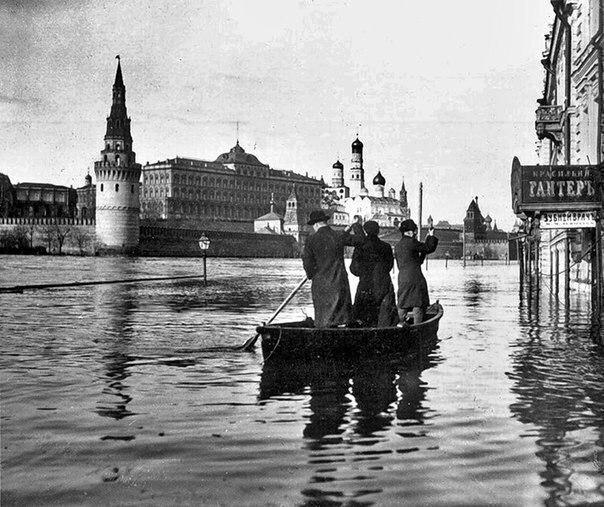 The biggest flood for all history of Moscow. April, 1908. 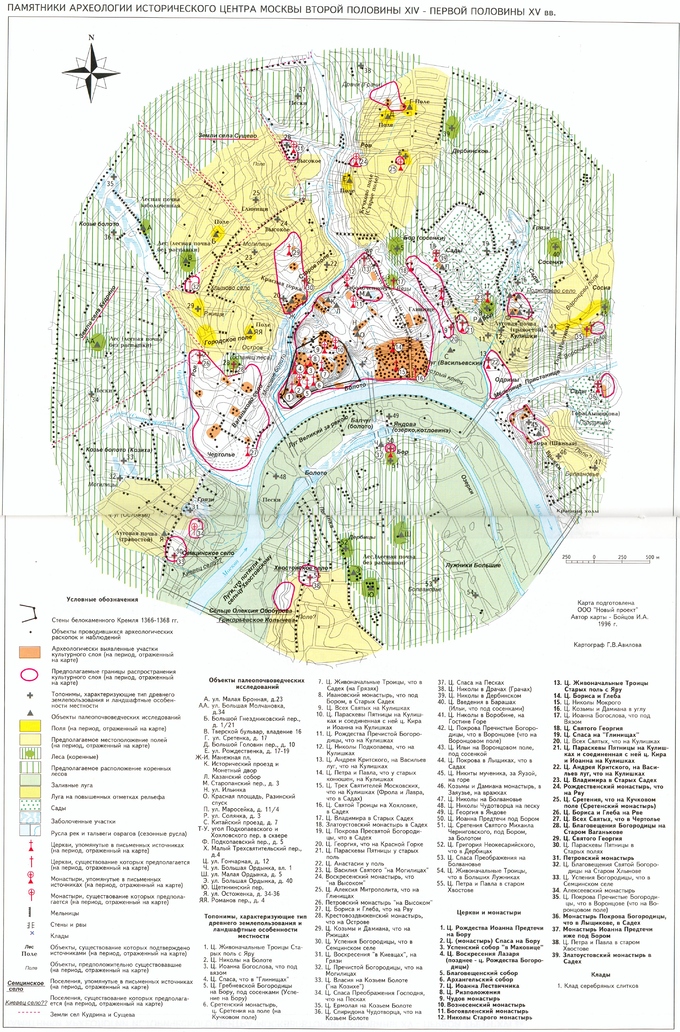 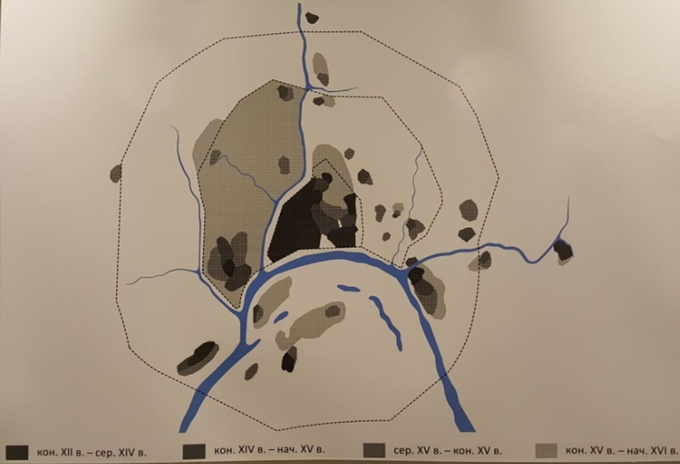