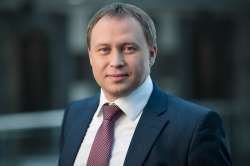 In 2000 graduated from the Moscow State Engineering and physical institute.

In 2001 began to work as the engineer in JSC Kombellga. Worked for 2014 as the chief executive - the director of infrastructure.

In 2014 received a position of the chief executive - development directors of communication networks of JSC Rostelecom.

For July 13, 2016 Alexey Valeryevich Sapunov works as the vice president, the director of macroregional branch "Far East" of Rostelecom company.

In the fall of 2016 - the senior Vice president for technical infrastructure, PJSC Rostelecom