PJSC Rostelecom – one of the largest in Russia and Europe of telecommunication companies of national scale which is present at all segments of the market of communication services and covering millions of households in Russia.

As of the end of 2016 the number of subscribers of services broadband access of Rostelecom exceeds 12.2 million, and paid TV of Rostelecom - 9.2 million users from whom over 4.0 million are watched by the federal product "Interactive TV". 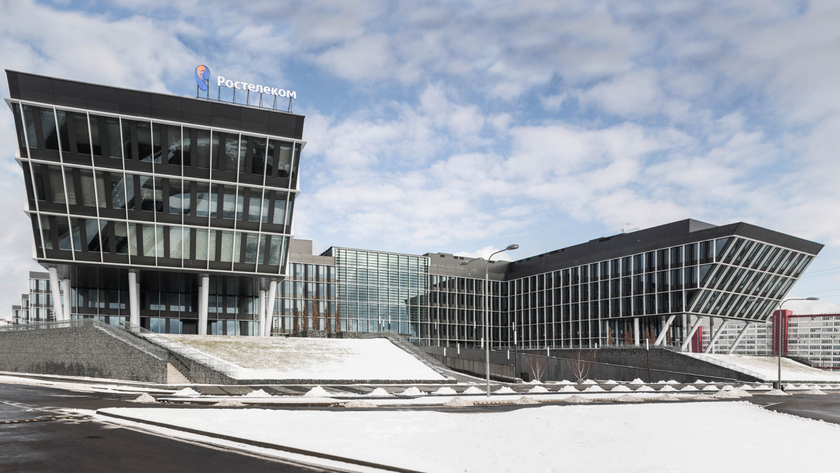 History of one of the major companies in the Russian markets of communication and information technologies is complete of bright fascinating events. Chronology up to now here.

Securities of Rostelecom are trading at the Russian exchanges RTS and MICEX, and also in the electronic system of the curb trading of OTCQX in the USA. 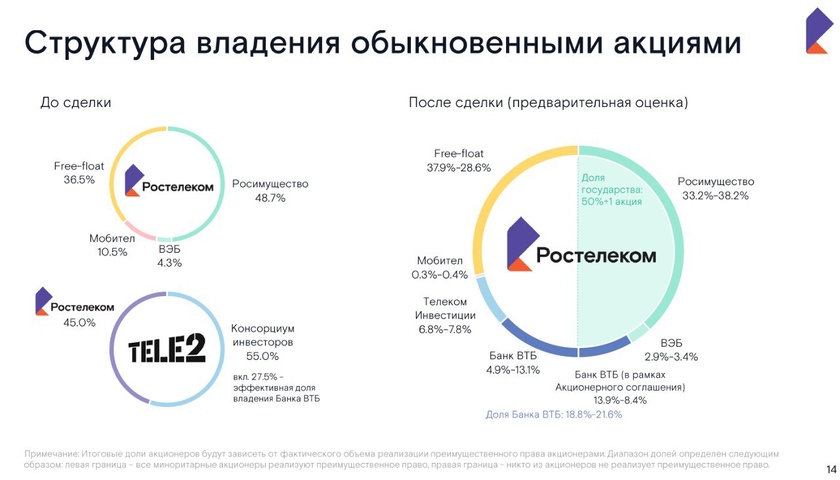 As the share capital structure of Rostelecom as a result of the transaction on purchase of Tele2, will change 2019

As the government manages Rostelecom

Main article: Board of Directors of Rostelecom

In 2019 revenue of Rostelecom reached 337.42 billion rubles, having increased by 5% in comparison with previous year earlier that was promoted in many respects by rendering digital services. 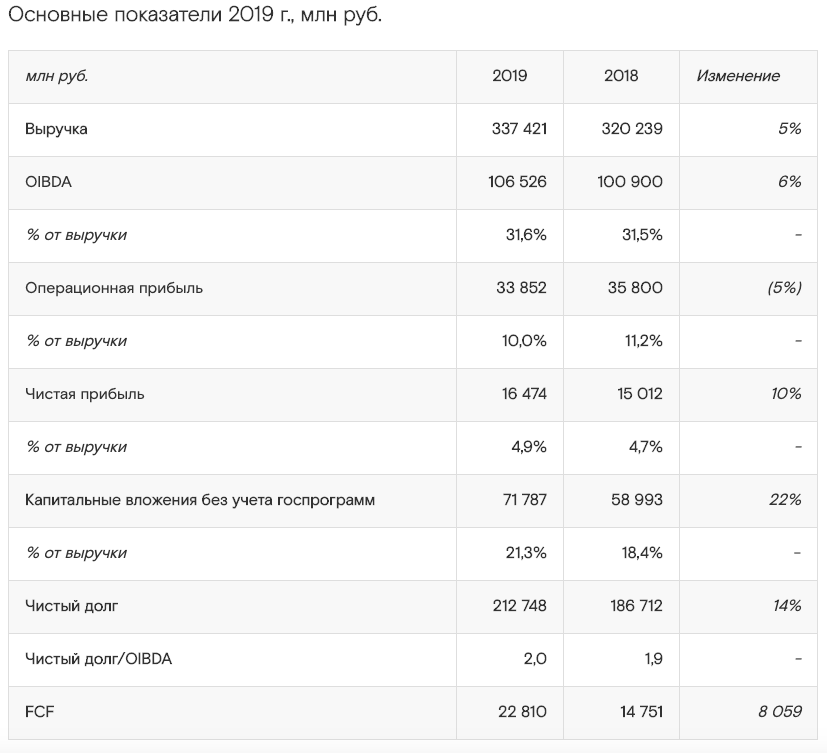 Average revenue from one subscriber of services of broadband access Internet reached 402 rubles, having increased by 2%. In a segment of paid TV there was a growth by 2% up to 255 rubles.

Development of the state IT systems

Main article: Works of Rostelecom on development of the state IT systems

For May, 2020 own backbone digital network of communication of Rostelecom has extent about 500 thousand km., is constructed on the basis of the fiber-optic communication line using SDH-and DWDM technologies.

Local networks, over 2.6 million km. long, provide a complete covering of the territory of the Russian Federation and transfer of any information type: voices, data, video.

Main article: a 5G in Tele2 and Rostelecom

2016: Rostelecom will select up to 300 billion rubles for updating of network infrastructure

From 2016 to 2021 Rostelecom is going to allocate up to 300 billion rubles of own funds for implementation of the plan for updating of network infrastructure which provides implementation program - the defined networks (SDN) and technology of virtualization of network functions (NFV). It is written by Kommersant with reference to the president operator Sergey Kalugin[2].

According to him, financing of updating of network infrastructure can happen including due to sale of 16.24% of treasury shares of Rostelecom. "But still for this purpose not the most suitable market situation", - the representative of operator Valery Kostarev specified. It is noted that as of July 29 in trading time at the Moscow Exchange this share block cost 38.23 billion rubles.

Rostelecom annually invests more than 50 billion rubles on different projects therefore the amount with a limit of 300 billion within five years seems quite logical, analysts note. Meanwhile, as the partner of Deloitte Anton Shulga assumed, implementation of NFV and SDN technologies will take place within the general program of upgrade and development of network. The operator spent from 60 to 90 billion rubles for it the last years.

In the presentation of the operator it appears that updating of infrastructure of network and, in particular, implementation of NFV and SDN, will help to reduce time of an output of new service for the market from 14 to 3 months and also will promote reduction of number of command centers of network from 67 to 7 and to reduction of the personnel servicing network - from 80 thousand people to 50 thousand.

Meanwhile, Rostelecom expects to unroll in the fall of 2016 at least two pilot zones on the implementing solutions SDN and to involve in testing the Russian companies, including the Center of application studies of computer networks, and, perhaps, affiliated to Rostelecom of Programmable Networks LLC (Brain4Net brand).

2013: To efficiency of billing through patches

"Rostelecom"plans data of number of separate billing systems to two-three platforms OSS/BSS during 2013, reported Sergey Kalugin, the CEO of the company, at annual general shareholder meeting JSC Rostelecom on June 17, 2013.

"At the moment in the company more than 100 different billing systems are implemented that strongly reduces efficiency of many business processes, - Sergey Kalugin emphasized. - Among our major tasks for the current year - to put this situation in order, following the strategy of optimization of the company".

According to the head of the company to bring billing of regions together it will not turn out, but to two-three platforms - after all it is possible.

"It, most likely, will be couple of vendors from that, whose systems OSS/BSS are already implemented locally, - noted Kalugin. - Slowly we will migrate on these "ideal" solutions for now to put certain "patches" on what is".

Platforms should be selected in the nearest future, migration will be begun in October, 2013.

As of August, 2012 in macroregional branches of Rostelecom billing systems of five vendors from which three dominate worked: "Start2kom", "Petter Service" and CBOSS.

Joint venture, absorption and sale of the companies

Main article: Chronicle of absorption and sale of the companies by Rostelecom