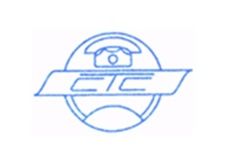 Formation of Trust of Allied value Soyuztelefonstroy based on Mostelefonstroy trust. The organization of trust was caused by need of recovery of the telephone networks destroyed by war in the freed territories and increases in capacity in places of concentration of the evacuated defense enterprises.

Department of the Tbilisi, Tashkent and Baku SMU in the separate managing organizations in connection with creation of the Commonwealth of Independent States. Beginning of incorporating enterprise, secession of Gorky and Odintsovo SMU. Reorganization of trust in public joint stock company (JSC) Rostelefonstroy.

At the request of collective Society received the name "Union-Telefonstroy".

For 2010 JSC Soyuz-Telefonstroy had 6 branches across all Russia, as a part of divisions about 1700 people worked.

Distinctive feature of the company from many enterprises of an industry construction complex – implementation of a full stroke of works from ready objects, design and survey to the organization of delivery, to territorial subdivisions of the Federal Information Technologies Agency.

The company performed the volume of installation and construction works for the amount of 5,402.7 million rubles. For 2011 the company mounts 544,125 ports, 12,388 km of a fiber-optic cable for intra-zone and city communication networks are laid and put in operation. The largest telecom operators such as JSC Rostelecom, JSC Mobile TeleSystems, JSC Vympel-Kommunikatsii and OJSC MegaFon became main customers in 2011.

As of December 31, 2011 authorized capital "Union-Telefonstroy" made 1,051,442 rub, and the profit of the company in terms of one action grew almost by 52% concerning an indicator of 2010 and for 97% - an indicator of 2009. Also, the trend on stable increase in book value of stocks of JSC Soyuz-Telefonstroy is observed in recent years: for 2011 the price of one action grew almost twice in comparison with 2010 and was 1403 rub. Growth of book value of actions in comparison with previous periods is caused by significant increase by 45% of an indicator of net assets – for the beginning of reporting year of 802,228 thousand rubles, for the end of reporting year - 1,464,587 thousand rubles.

"Today the sector of information and communication technologies in the world, in general, and in Russia in particular is characterized by the general positive trend of development. Now the level of penetration broadband access in Russia exceeds 30%, and by 2015, according to the forecast of the Ministry of Telecom and Mass Communications of the Russian Federation, this indicator will increase by 2-2.7 times, by 2020 – by 3-3.16 times. Will help provide global broadband access covering of Russia to network of mobile communication 4G which will be developed in the country in the next 10 years, - Mikhail Syutkin, the CEO of JSC Soyuz-Telefonstroy comments. – These trends allow us to look forward with optimism. So, in the short term for the next 2-3 years we intend to implement a number of large projects with the customers. In plans of the enterprise for 2012 it is supposed to increase investments to 292,771.5 thousand rubles and to direct them to acquisition of the equipment, machines and mechanisms that, undoubtedly, will allow us to strengthen the positions in the market of construction of facilities of telecommunications".

For June, 2012 (in 69 years of activity of the company) more than 5 thousand telephone exchanges with a general capacity more than 13 million numbers are put into operation, more than 185 channel-kilometers of the telephone sewerage are recovered and constructed, more than 206 thousand km of all types of communication wires, from them more than 32 thousand — fiber-optical are laid and mounted, more than 1 million ports of broadband access are put in operation. The company performs the activity in the territory of seven federal districts of the Russian Federation.