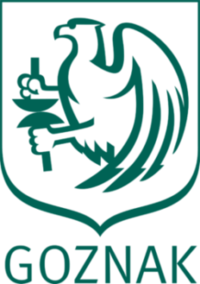 Owners:
Ministry of Finance of the Russian Federation
200px

Russian state enterprise which is engaged in researches, development and production in the field of the state signs. One of new priority activities is rendering IT services based on own DPC. Federal State Unitary Enterprise Goznak acts on the basis of the Decree of the President of the Russian Federation "About the federal state unitary enterprise "Goznak" of August 26, 2005. Since March 3, 2008 is the strategic enterprise of Russia.

Priority activity of federal state unitary enterprise is production of monetary tickets, change and commemorative coins, state awards, forms of identity documents of the citizen of the Russian Federation, government securities, excise, special and stamps, special types of the protected paper and also forms of documents of strict accounting and the reporting.

15% of the world market of banknote paper

DPCs and rendering IT services

One of the developing priority activities of Goznak is rendering services in information technology field, reported federal state unitary enterprise in the tender documentation on development of model of management accounting in February, 2016[1]

The enterprise renders IT services and services on IT outsourcing model based on own data processing centers.

In 2016-2018 there took place development of the created technology platform, including increase in volume of the rendered services. In 2018 creation of the second large Data processing center of Goznak – based on the St. Petersburg paper-mill is begun.

Enter a portfolio of the rendered IT services and services:

The mobile applications developed by JSC Goznak together with the Bank of Russia which allow to carry out preliminary identification of the Russian banknotes by means of the camera of the smartphone became demanded.

For already several years the company is engaged, including, development of systems of ensuring traceability of different goods. In 2018 according to the Order of the Government of the Russian Federation of March 24, 2018 No. 321 of JSC Goznak it is defined as the operator and the developer of the integrated information system in the field of control of turnover of precious metals and gemstones.

The customs of Malta in September, 2019 broke rules of international law, having delayed a load with the banknotes of the Central bank of Libya made by the Russian JSC Goznak within the contract with the Libyan Central Bank. And literally the other day from the Maltese customs authorities and also U.S. State Department statements arrived that these banknotes for the amount equivalent to 1.1 billion US dollars at a current rate of Libyan dinar, allegedly are false. In reply Goznak distributed the official statement in which it specified not illegality and complete groundlessness of such charges.

In response to the next fake of U.S. State Department Goznak did not begin to get involved in a discussion with the American partners and declared officially, "samples of these banknotes were approved by representatives of the Central bank of Libya in accordance with the established procedure owing to what application of the term "false" in relation to these banknotes is unreasonable and illegal. Moreover, delivery of the discussed circulation was a consideration subject within Commission of experts concerning Libya at the UN Security Council which did not find violations of sanctions against this country according to the resolution of the UN No. 2259 (2019) that, in turn, it was reflected in the report of Commission of experts in December, 2019. JSC Goznak fulfilled all obligations under the above-stated contract in return".

In the Russian Foreign Ministry also confirmed that the dinars made for the East Libyan government by determination cannot be false.

It is specified that Goznak along with the customer – the Central bank of Libya – repeatedly tried to achieve explanations from the Maltese authorities concerning this prolonged incident. However customs authorities of Malta within several months did not provide any explanations concerning detention of a batch of banknotes, and only in May, 2020 responded with the statement which contents significantly distort the actual circumstances of relationship of JSC Goznak and Central Bank of Libya.

According to the official statement of JSC Goznak, the banknote were made within the discussed delivery and are the modified series of the previous banknotes, at the same time they have visual differences in comparison with the last.

This succession of events only confirms the statements of a number of experts that neither Malta, nor especially the Maltese customs are independent structures.

The order for printing of notes for Venezuela

In February, 2020 the president of Venezuela Nicolás Maduro addressed the Russian Goznak to issue 300 million new banknotes. They will have face value from 10000 ($0.14) to 50000 bolivares ($0.68), according to the copy of the agreement signed in November, 2019 between Goznak and the Central Bank of Venezuela.

The representative of Goznak refused to comment on the order for 6.8 million euros ($7.4 million). The total cost of new cash will be $143 million - approximately the fifth part of money in circulation in the country where years of a hyperinflation undermined the value of currency and led to impoverishment of millions of Venezuelans.

In the past the government of Venezuela met difficulties with accomplishment of the obligations to suppliers of banknotes. In 2019 De La Rue, one of the world's largest manufacturers of notes, announced loss of nearly $23 million because of outstanding debts of Venezuela.

2019: On Malta the batch of the Libyan currency printed on Goznak is arrested

On May 29, 2020 the U.S. State Department published the message that in 2019 on Malta the batch of the Libyan currency with a nominal value of $1.1 billion was intercepted.

In the MFA of Russia commented on this statement, having noted that money in question are necessary for maintenance of stable functioning of all Libyan economy.

Goznak also commented on messages about detention of a batch.

"The contract within which the discussed lot of banknotes is produced, JSC Goznak was concluded with the Central bank of Libya located in Tobruk" — reported there, having emphasized that the right of the Central Bank in Tobruk was affirmed in 2016 by the decision of National unity government (Tripoli).

In Goznak noted that the made banknotes are the modified series of the previous banknotes and have visual differences in comparison with them, they were confirmed by representatives of the Central bank of Libya therefore "application of the term "false" in relation to these banknotes is unreasonable and illegal".

Besides, delivery of this circulation was a consideration subject within Commission of experts concerning Libya at the UN Security Council which did not find violations of sanctions in the relations of this country.

"In defiance of rules of international law the customs of Malta in September, 2019 delayed containers with the banknotes belonging to the Central bank of Libya", says Goznak.

It is emphasized that only in May, 2020 the Maltese customs authorities responded with the statement, "keeping of whom significantly distorts the actual circumstances of relationship of JSC Goznak and Central bank of Libya".

In 1919 the board of Goznak was transferred to Moscow. The Moscow, Petrograd, Penza, and then Perm and Rostov factories were subordinated to it.

In later Soviet period the complete name of Goznak sounded as Head department production of the state signs, coins and awards which submitted to the Ministry of Finance of the USSR. Goznak integrated paper and printing factories, mints.

The signs of mail payment printed at the enterprises of Goznak had training in DIEZPO. At the same time the polygraphic enterprises of Goznak printed not only all Soviet mail signs, but also executed orders for a number of foreign countries. The Moscow Printing Factory of Goznak (MPFG) was responsible for the edition of stamps; in an experimental order several series of brands (TsFA (ITTs "Brand")#3815—3819, 4536—4540 and some other) were printed on the Moscow Printing House of Goznak (MPHG). Integral things, including one-sided postcards with original brands, were printed on MTG, MPFG and also the Perm printing factory of Goznak.

At the enterprises of Goznak forms of the Soviet documents were printed. Among them forms of education documents of a uniform state sample (school-leaving certificates, diplomas, etc.) in special technology of a color rendition for an exception of counterfeits were made. They had an appearance of the form uniform typographical executed, folding double in a dense cardboard cover. All forms were documents of special storage and issue, carried individual number.

1818: The basis of the Expedition of preparation of state papers at the Ministry of Finance

The enterprise was founded by the decision of the State Council of Russia at the end of summer of 1818 in St. Petersburg as the Expedition of Preparation of Government Securities (EPGS) at the Ministry of Finance. In construction and work of EZGB in the first years active part was taken by Augustine Bettencourt (1758 — 1824).