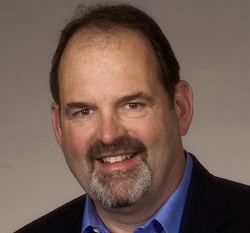 Tony Scott's experience in the IT industry makes more than 30 years. Before arrival to Microsoft Tony Scott held a position of the vice president and Chief information officer of Walt Disney (2004-2008), and Scott became the first CIO which managed information technologies on a global scale. During operating time in Disney Scott managed to implement the IT large-scale conversions, as regarding corporate systems, and data centers. To the device Scott held positions of the technical director of General Motors (1999-2004) and the vice president for the transactions Bristol-Meyers Squibb in Disney.

During the career Scott endured all evolution of information technologies - from mainframes to the Internet. For example, the boom of personal work for the PC and on the Internet so Scott and his command became pioneers in creation of software solutions which allowed the staff of the company to combine work at office and at home fell on operating time of Scott in GM. Together with AOL they worked on creation cheap of Internet access in house conditions for employees of GM. Besides, the command created a corporate portal, access to which was implemented from different platforms, including mobile. As Scott recognizes, during his work as CIO and Disney of his colleague from the competing companies quite often appealed to him to share the best practices.

At the beginning of June, 2013 it was announced that the Chief information officer of Microsoft Tony Scott (Tony Scott) left the post after five years of work in the company "for the personal reasons". Also it is said in the statement of corporation that "Tony was the serious leader who managed to advance technologies of Microsoft on new level …".

The corporation also thanked the top manager for his contribution to the common cause and wished success in new projects. Jim Dubois, the vice president for IT products and service maintenance became the acting as the Chief information officer of Microsoft.

In 2008 when 56-year Tony Scott appeared at a wheel of internal IT infrastructure of corporation, it in management got department numbering 4 thousand staff, servicing the business systems supporting around the world such processes of the company as sales, marketing and service and also the accounting systems of various type. According to corporate hierarchy, Scott submitted directly to the operating officer Kevin Turner.