The large producer of cars in the USA.

AvtoVAZ performed the redemption of a 50 percent share in the enterprise, joint with General Motors — GM AvtoVAZ and became the owner of a controlling stake. Read more here

At the beginning of December, 2019 General Motors and LG Chem announced creation for $2.3 billion the plant on release of li-ion cells for electric cars of the American concern. Read more here.

2017: Plans for start of service of the robotaxi

At the end of November, 2017 General Motors (GM) called terms of start of service of the robotaxi. Other car makers have plans for similar projects also, however GM has chance to become the pioneer of this market. During the conference with participation of investors the management of GM said that by 2019 in the USA the commercial service for transportation of passengers using unmanned vehicles will be started. By then the company intends to complete testing of self-governed machines which by November, 2017 are carried out in a number of the American cities. 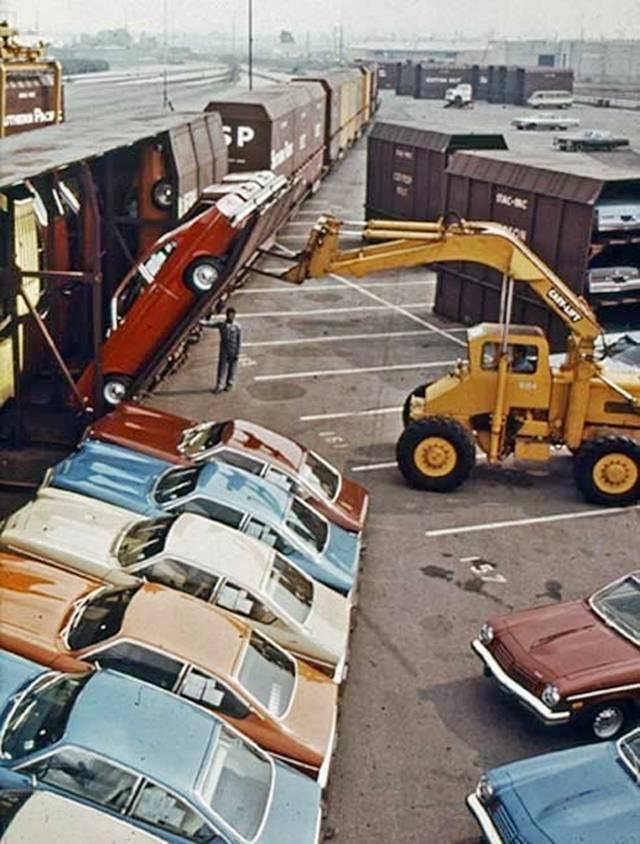 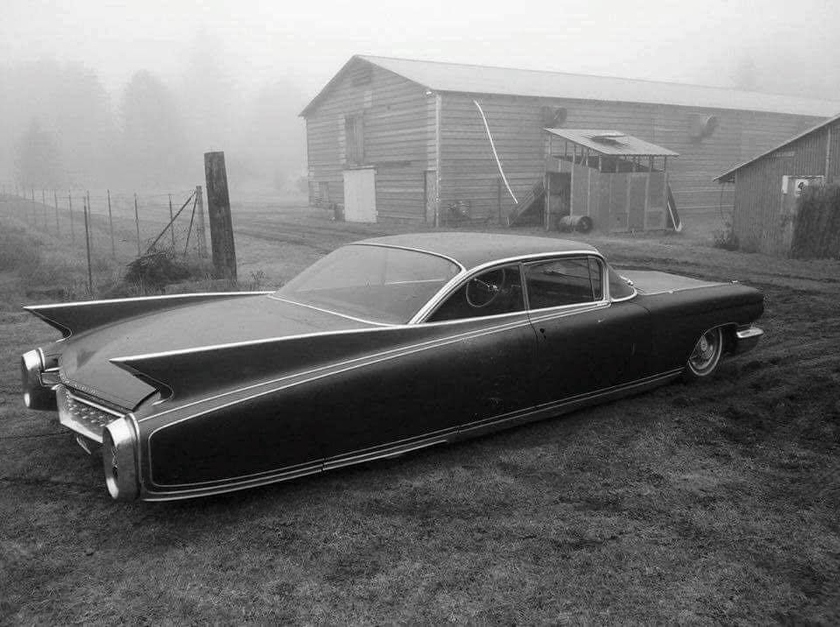 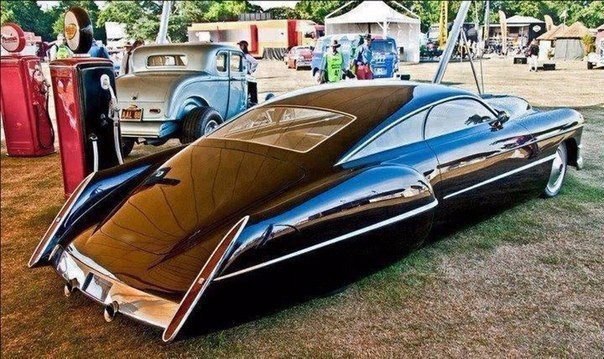 Information technologies in the company

Failure from IT outsourcing

In July, 2012 it became known that the director of General Motors of information technologies Randy Mott is going to make that he did not do any CIO before - almost completely to refuse outsourcing and to return all IT activity of the company to its walls, InformationWeek reports.

Decide on this moment of only 10% of IT tasks of GM by forces of own staff of the company. Other 90% - from service of the data processing centers (DPC) before development of new applications - are executed by third-party providers, including Hewlett-Packard, IBM, Capgemini and Wipro. Within 3 next years Mott is going to change specularly a situation and to make so that 90% of problems were solved by the staff of GM, and to give only 10% for outsourcing.

It will force GM to employ the mass of developers, project managers, databases and business intelligence specialists and other professionals. Mott is going to place them in three centers, each of which will be located in the USA. At the same time contractors of GM risk to lose contracts some of which are estimated at $3 billion annual service.

These conversions are only a part of the plan of the newly made CIO which joined GM in February, 2012 after execution of similar functions in Wal-Mart, Dell and HP.

Meanwhile for the world's second car maker GM having not the best times, Mott's plan bears high risks. The plants of the company, supply chain and accounting extremely strongly depend on information technologies and often use data from around the world in real time.

However green light which his boss gave to Randi Mott the chief executive officer of GM Dan Akerson, means, how strongly the companies are necessary the best technological solutions and that it is ready to risk for the sake of such solutions.

The action plan of Mott in GM is similar to strategy which he undertook in HP, Dell and Wal-Mart (working in Wal-Mart, in 1999 he was entitled the best head of year). The main goal of strategy - to start the innovation IT solutions quicker. Mott does not consider that GM is capable to do it using third-party suppliers. "When the management says: "Give", we start formation of the contract, but not implementation of the project, unfortunately", - Mott criticizes the current model of work. According to him, IT projects fail because are too long started. "Each last month, every quarter mean decrease in ROI (investment payback coefficient)", - Mott is sure.

In addition to the above, Mott's plan includes consolidation of DPCs, applications and storage systems (DWH) for the improved control of production and client data of General Motors. Instead of reduction of the IT budget the head of information technologies stakes on performance and speed of implementation.

Mott's measures, however, are not superpopular, InformationWeek notes. For example, in HP its strategy caused discontent for the reason that during its rapid implementation business groups remained are vulnerable. In GM the discontent will be among all: employees, it will hardly be pleasant to whom that them will deprive of usual applications, and heads to whom new duties will be assigned.

Mott's strategy is absolutely extraordinary for GM, InformationWeek emphasizes. The company always depended on the external outsourcing companies and staked on them. So, in 1984 it purchased Electronic Data Systems (EDS) which assumed further a task of rendering all IT services of GM. Now the given company belongs to HP. General Motors more depends on outsourcing, than any other car maker - other companies on average give 30% of IT tasks to contractors[1].

In October, 2012 announced General Motors conclusion of an agreement with HP on a number of service and software projects for a period of several years. One of articles of agreement assumes that 3 thousand employees of HP will pass into staff of automobile building corporation. In the message it is specified that the employees making transition were already involved in projects of General Motors[2].

In General Motors calculate that agreements with HP will allow it to accelerate transformation of the IT due to fall forward of implementation of innovations and to cut down expenses on the current internal IT projects.

At the time of the announcement third-party contractors solve nearly 90% of its IT tasks. In the future due to expansion of own staff of IT specialists this indicator is going to be reduced to 10%.

Within the new strategy of General Motors announced opening of new own innovation centers in Austin (State of Texas) and Warren (State of Michigan). In the nearest future the company is going to announce creation of two more centers, says General Motors.

In September, 2012 it was reported that within the new "anti-outsourcing" strategy of General Motors is going to attract in total to the state about 10 thousand. IT specialists. The company expected that such number of employees will be hired within 3-5 years.

Among other planned changes of IT structure in General Motors also reduction of number of data centers from 23 to two, reduction for 40% of number of the used 4 thousand applications, consolidation over 200 separate DWH in uniform infrastructure was called.

The stock market positively reacted to agreements between HP and General Motors: after the made statement of a stock of both companies according to the results of biddings grew up in the price a little.

It is still a little examples of almost complete leaving of the large companies from IT outsourcing in the market. In Russia Sberbank actively aims at independence of third-party contractors, for example.

The chief information officer of GM Randy Mott who in 2012 announced a total failure from outsourcing and transition to classical model of service of IT infrastructure of the company in January, 2013 told about progress in creation of "the best IT department in the industry".

According to the ambitious top manager, work which will be offered by GM to the specialists "will be better in IT of the industry". GM is going to open four centers of IT-Innovations in the territory of the USA where thousands of employees will work. Interviewing of candidates will begin in the second half of January, 2013. 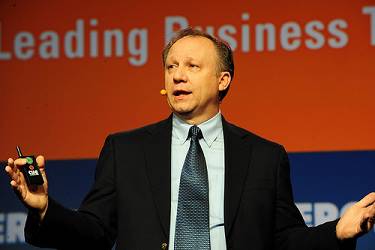 The ambitious Chief information officer of General Motors considers that having refused an autorsing and service maintenance of HP, he will be able to create the best IT department in the industry. In it 10 thousand specialists in four innovation centers in the territory of the USA will work

Meanwhile, at GM tension with some companies because of headhunting attempts was already fueled. So, the car maker already exchanged mutual causticities with HP about it, and HP was the main IT and service partner of GM until recently. Because of attempts of GM to employ 18 managers from Hewlett Packard the last even submitted a claim against the former partners to district court of the State of Texas.

It is known that one of the innovation centers will be located in Rozvella, the State of Georgia, near Atlanta. The number of staff only of this center separately will be about 1 thousand. IT specialists. Two other centers will be in the cities of Austin and also Warren (State of Michigan).

The location of the fourth center is not called yet. The strategy of GM at the same time consists in geographical diversification of the centers, so to have access to all labor market of the country. Besides, the requirement to the choice of the place is the next the location of at least 10 large university centers.

Let's remind that long time of IT of GM was serviced by EDS company which was purchased by HP in 2008, and at present the car maker under the leadership of Mott headed for creation of own IT department numbering up to 10 thousand people. When GM only announced plans to transfer service of IT to insourcing division, announced HP possible transition about 3 thousand employees for work in GM.

Mott condemned operations of HP. According to him, GM "is in search of the best and most talented specialists of the industry". He believes that talents need to let pass, and they such employees can decide in what company of a condition they most favor to their further development.