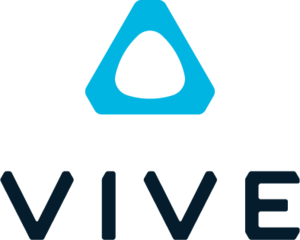 On March 26, 2019 HTC VIVE announced cooperation with Qualcomm Technologies, Inc. in preliminary integration and optimization of the HTC Vive Wave platform for reference design of autonomous Qualcomm Technologies XR Standalone helmets and a 5G of smartphones. It allows vozmozhnot to the OEM manufacturing using the mobile platform Qualcomm Snapdragon to accelerate an output to the market of devices with Vive Wave support. The agreement also allows HTC Vive to create the key XR solution for OEM smartphone manufacturers opening for them access to app store of VIVEPORT. Thanks to this platform producers will be able to provide to users the ready XR solution with complete immersion using the various viewing devices XR which will be connected to the smartphone through USB Type-C port.

Efforts of HTC Vive and Qualcomm Technologies are directed to helping smartphone manufacturers to improve the offer and to completely take advantage of 5G networks, providing to partners in appratny providing access to qualitative VR content through the Wave platform and app store of Viveport. Optimizing the solutions, Vive and Qualcomm Technologies work on helping acceleration of growth of all ecosystem of XR.

Announcement of Vive Focus Plus

In February, 2019 HTC provided a helmet of virtual reality (VR) Vive Focus Plus which is focused on use at the enterprises, in medical institutions and the different companies. Read more here.

In January, 2019 HTC provided HTC Vive Pro Eye — model of a helmet of virtual reality with function of recognition of a look. Now a system will be able to react not only to manual controllers, but also to the movement of eyes. A system monitors movements of pupils and understands on what the attention of the user is concentrated. This option can be used both in games, and for work with different data types. 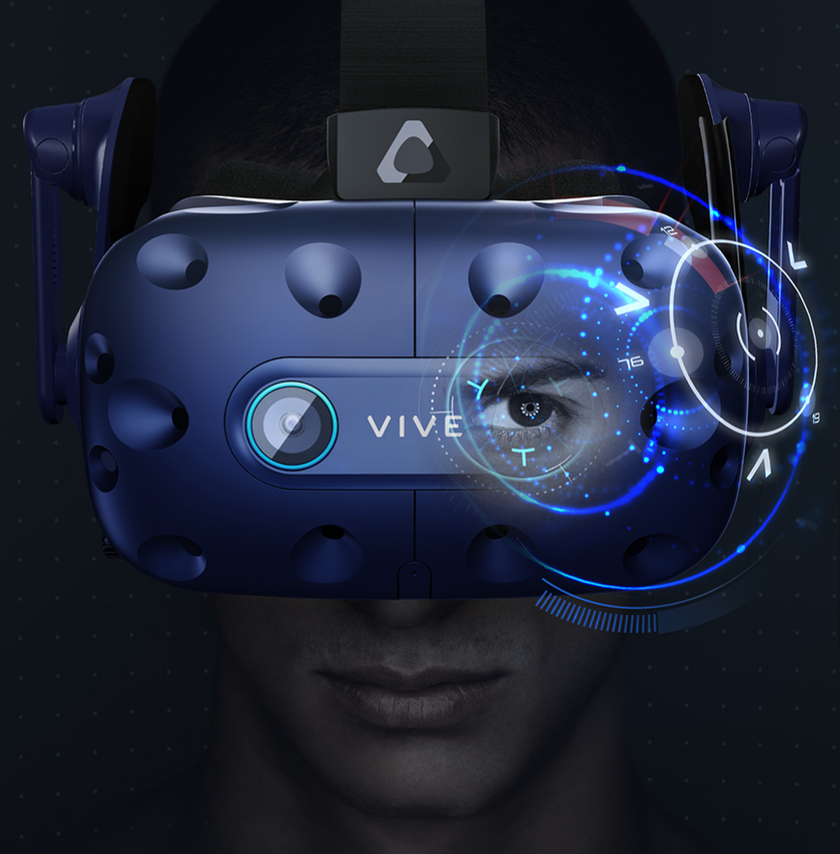 Thanks to function of tracking of a look the unique type of rendering which main feature is decrease in load of the PC was implemented. It is reached due to reduction of image quality by peripheries of a look. The best picture will be is output directly where the user's look is concentrated.

In the device AMOLED display with the diagonal of 3.5 inches is used. The general resolution of the gadget is 2880 * 1600 pixels. At the same time frequency is set at the level of 90 frames per second. The gadget has a decent viewing angle – 110 °. For the rest, on characteristics of iron the device differs in nothing from the version of Vive pro.

According to statements of developers the ergonomics of earphones were improved. On the front panel of a helmet the double camera is located. For connection of peripheral equipment the USB connector type C and DisplayPort is provided in the body. Also there is Bluetooth module.

In the gadget, unlike Vive Cosmos, SteamVR tracking is used. Among other sensors are announced – the G-sensor, a gyroscope, the proximity sensor and the IPD sensor. The price of the device is 129,990 rubles.[1]

Specifications of tracking of eyes

According to information for July, 2019 the updated HTC Vive Pro helmet represents a ready system from a box for immersion to the world of virtual scenes. It is a complex which includes the device for image transfer, reproduction and sound recording, input of visual information. 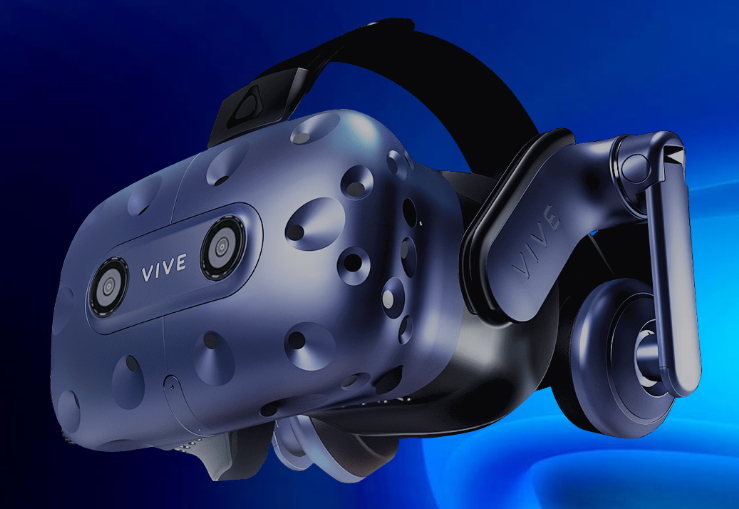 According to the developer, the updated helmet of virtual reality received the dual front camera which enlarges effect volume the image and also allows to monitor the movement of the person more precisely.

For improvement of immersion of users the design of a pad for the person was processed into the world of virtual games or 360 videos. It is necessary in order that to eyes there did not pass the daylight, the effect of presence at a game thereby is created. Designers thought over all parts: the pad is made of high-quality foam rubber with material finishing. The universality of design allows to use effectively a helmet to people with all forms of the person. The pad on a nose is executed in the form of a lobe. It also increases universality of use of Vive Pro.

The SteamVR Tracking 2.0 system is optimized: movements became smooth, shifts were gone. Developers finished a system. The area of use of a helmet in the movement increased. Also determination of its location improved.

Upgraded version of a helmet received ergonomic execution of fastening of a helmet on the head. Thanks to what its long-term use is much more comfortable. Lack of wires of connection to the PC one more plus. The wireless Vive Wireless Adaptor adapter is developed on technology of Intel. It will allow to reduce a delay of the picture and actions and to improve performance in general. It will be available to buyers in the summer of 2018.

In upgraded version of a helmet developers pleased users with the built-in earphones supporting reproduction 3D - sounds. There is a possibility of their adjustment under specific arrangement for achievement of the best audio delivery. Audio playback conforms to the Hi-Res Audio standard. It is the modern standard which is used practically in all earphones developed for gamers.

The following devices are a part of the delivery of a Vive Pro BP helmet from HTC:

HTC Vive is the headset of virtual reality of joint development Valve Corporation and HTC. The headset is for the first time shown in 2014, announced — at the beginning of 2015.

The HTC Vive system is mainly intended for games. 32 various sensors – including the gyroscope, the accelerometer and the camera which are evenly distributed on all surface of a helmet are responsible for realness of feelings. The small vibromotors which are responsible for creation of realistic tactile feelings are built in the controllers which are in hands at the user.

Also the HTC Vive system allows to use different creative applications (from drawing 3D - objects before creation of own Universes) and to watch movies with effect of presence at a frame. 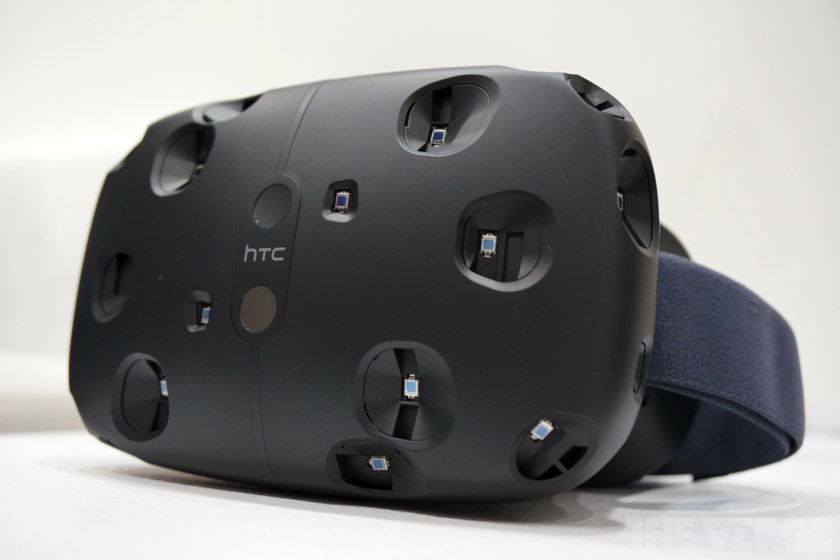 A system consists of a helmet of virtual reality, two wireless controllers for management of action, two base stations which monitor each movement, earphones, the communication module for connection to the computer and also a complete set of necessary accessories and adapters.

HTC Vive equips own AMOLED screens with the resolution of 1200х1080 pixels. So for its use additional gadgets are not necessary.

HTC Vive will help to spend unusually and interestingly time to both one player, and the company: while the player enjoys process, the others can watch its adventures in the world of virtual reality thanks to the picture broadcast on the screen of the computer or the TV.

HTC claims - Vive updates the picture with a frequency of 90 Hz, allowing to show video in the mode 90 fps. Permission of each of two screens 1200х1080. 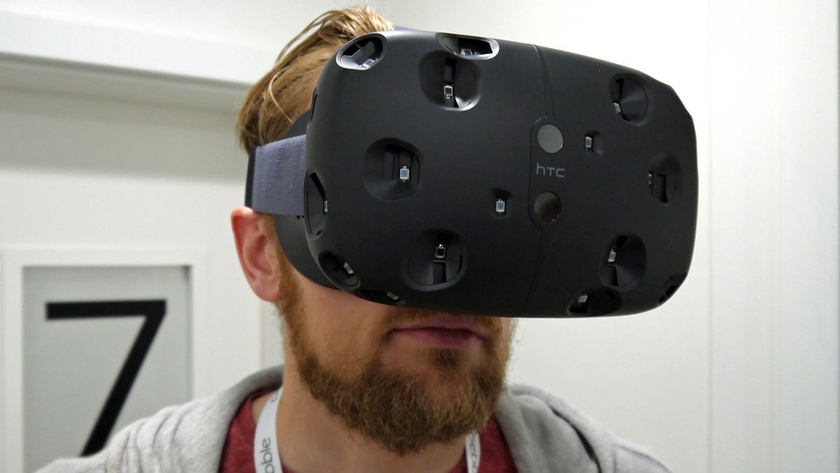 In a set promise to deliver two controllers.