On April 21, 2020 Xiaomi provided the Scooter 1S electroscooter to which advantages in the company referred fast folding and a large supply of the course. Read more here.

Regulations of driving at the expense of individual mobility in Russia

On April 20, 2020 the Ministry of Transport of the Russian Federation submitted regulations of driving on monowheels, giroskuter, electroscooters and other so-called means of individual mobility (MIM). Amendments to traffic regulations are placed by department on  the regulation.gov.ru portal

Rules prohibit to manage SIM in a status of alcoholic, drug or other intoxication and also require compulsory use of lamps or headlights in night-time. It is about regular lamps of electroscooters or about nalobny lamps (for users of skateboards or rollers). 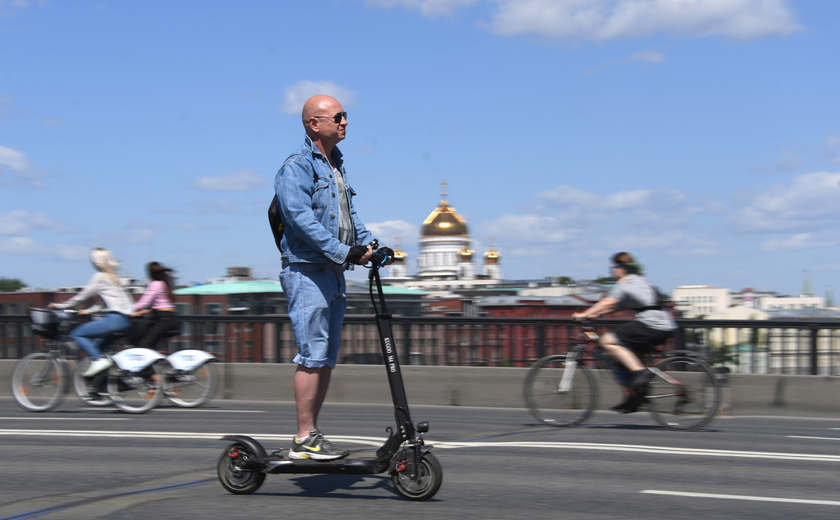 Special sign 3.35 "Is entered the movement of persons on means of individual mobility is forbidden". Motion speed of users of SIM in all cases of the combined movement with pedestrians and also in residential zones, bicycle zones and in domestic territories should not exceed 20 km/h.

Intersection of the road on crosswalks is allowed to the people moving on SIM. At the same time their speed should be reduced to the speed with which pedestrians move. These people will also be able to move in the pedestrian zone. These measures are aimed at providing unceasing cash flow of individual mobility, explained in department.

The lawyers polled by RBC call an initiative of Ministry of Transport reasonable, noting that means of individual mobility are widely used by Russians, but legislatively are not regulated in traffic regulations. By April 21, 2020 users of such vehicles are equated to pedestrians.[1]

At the beginning of December, 2019 the Unicorn company which was engaged in production of electroscooters, announced the closing. The startup spent almost all money for advertizing in Facebook and Google, but it did not bring results. Also Unicorn paid to the producer advance payment, but this money was not enough to redeem the first batch of scooters. Read more here.

The Ministry of Transport submitted traffic regulations for electroscooters and giroskuter

At the beginning of November, 2019 the Ministry of Transport of the Russian Federation submitted amendments to the Traffic Regulation (TR) which regulate the movement on electroscooters, giroskuter, motor-wheels and segways.

Department formulated the new term — "means of individual mobility" (MIM). Roller skates, scooters, electroscooters, skateboards, electroskateboards, giroskuter, segways, monowheels and other similar means, except for bicycles and wheelchairs are carried to them. 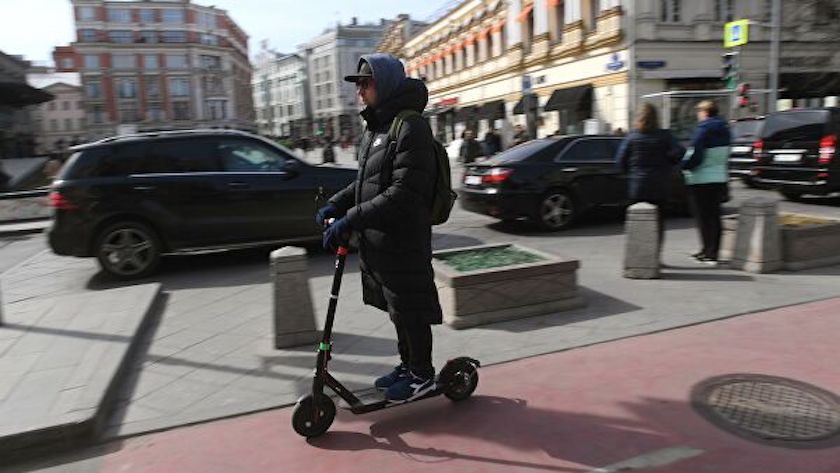 The Ministry of Transport of the Russian Federation submitted amendments to the Traffic Regulation (TR) which regulate the movement on electroscooters, giroskuter, motor-wheels and segways

According to the bill, only aged people of 14 years can operate SIM. It is authorized to them to go on bicycle tracks and roadsides of roads with a speed no more than 60 km/h. Driving on sidewalks is prohibited.

Under an exception children under seven years who are allowed to ride bicycles and SIM on sidewalks, walking and cycle walking paths in the same direction in which pedestrians move get. Authorized speed for cyclists and other SIM in such cases will be 20 km/h. At the same time pedestrians will have advantage over drivers of SIM.

At the same time SIM should be equipped with the electric motor, a brake, a sound signal, retroreflectors and a front headlight of white color. It will be forbidden come out to the carriageway on a giroskuter or a monowheel.

Initiative of an exception of owners of giroskuter, electroscooters and other from among pedestrians — correct because these vehicles can move with a speed up to 50-80 km/s, the deputy administrator of Probok.net expert center Andrey Mukhortikov reported RIA Novosti.[2]

Mercedes-Benz entered the market of electroscooters

In the middle of September, 2019 Mercedes-Benz entered the market of electroscooters what announced at an autoexhibition in Frankfurt. Read more here.

Preparation of the traffic regulation of electroscooters and giroskuter in Russia

At the end of August, 2019 the Ministry of Transport of the Russian Federation prepared the draft resolution which regulates traffic regulations for electrobikes, electroscooters, giroskuter, segways and monowheels.

According to Interfax, the deputy of LDPR Yaroslav Nilov suggested the minister transport of Russia To Evgeny Dietrich and the chief of traffic police Mikhail Chernikov to change traffic regulations in which the electric transport was still considered. 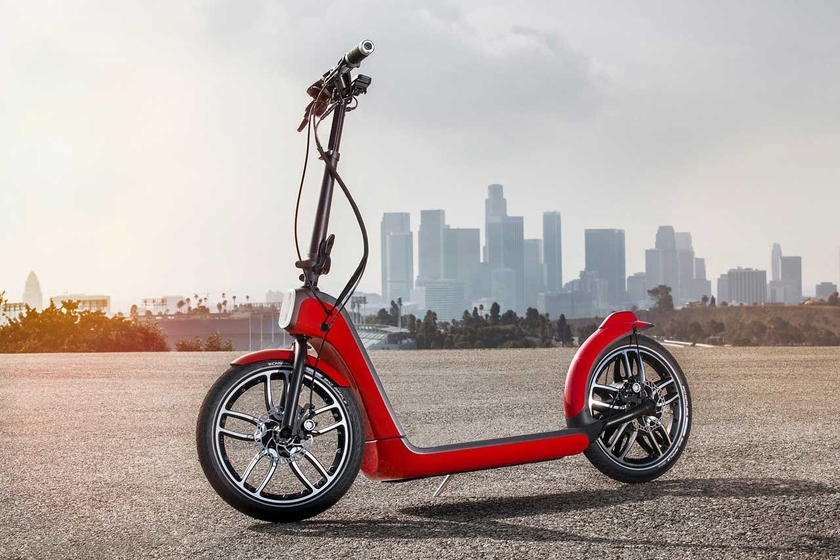 In it it is also told that the Ministry of Internal Affairs "it is going to complete in 2019 a research about determination of administrative legal status of the participants of traffic using EMTS".

The Ministry of Internal Affairs reported earlier that the mute of road accident with participation of vehicles on electric draft is not conducted, however their growth causes concern.

The Officer-in-Charge of management of traffic police of the Ministry of Internal Affairs in Moscow Alexey Diokin considers that with owners of electroscooters and giroskuter it is necessary to conduct explanatory work, and to oblige them to carry individual means of protecting is not necessary ― it should have advisory nature.

According to the first deputy head of TsODD Alexander Hodakov, owners of scooters, electroscooters and segways regularly appear on the carriageway, but responsibility for violations of traffic regulations for them is actually not provided. Many drivers hardly adapt to behavior of owners of electroscooters on the road, he specified.[3]

On August 20, 2019 it became known that electroscooters make more negative impact on the environment, than cars. Scientists from the University of North Carolina (USA) came to such unexpected conclusion. 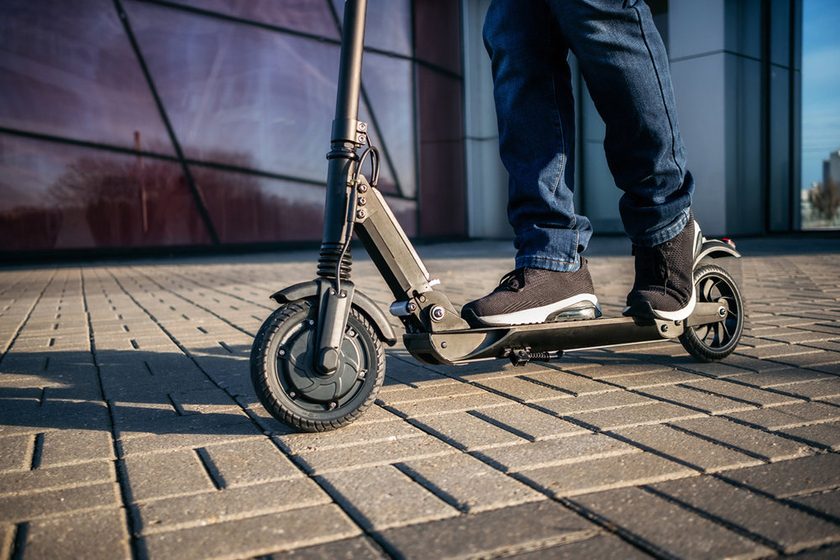 Recognizing that these vehicles are an ideal alternative for movement on the city, researchers pay attention that it is correct to use them people did not learn yet. As a result service life appears much less, and users are forced to buy all new electroscooters. It leads to increase in production, as creates problems for ecology.

Extraction of aluminum causes huge environmental damage, around mines indicators of content of harmful substances in air, the soil and ground waters are overestimated. The same treats factories. Besides, delivery of electroscooters most of which part is manufactured in China is performed by air or on water that also does not manage completely.

In a research the process of a recharge which is carried out by the special companies, traveling of their employees on the cities to collect, and then back to carry scooters is also considered, lead to increase in CO2 in the atmosphere.

As a result it turns out that the car puts much less damage to the nature. However, scientists recognize that this question is studied still insufficiently in detail and to draw a final conclusion so far early[4].

The first-ever electrohybrid of the scooter and bicycle is provided

At the beginning of June, 2019 it was provided as the Bird company claims, an electric hybrid of the scooter, the first in the market, and the bicycle. The new vehicle under the name Cruiser will add the park of Bird service which works more than in 100 cities of the USA and Europe. Read more here.

Start of the insurance program for drivers of the electric transport

On July 3, 2019 the M.Video network reported that it in partnership about AlphaInsurance started the insurance program for drivers of the electric transport. The complete solution "Alfasport" protects life and health of drivers of vehicles, devices from damages and theft and also provides civil responsibility insurance of users. The program is intended for owners of electroscooters, electrobicycles, giroskuter and monowheels. Read more here.

In piece expression of sale of the motor-equipment and the small electric transport (mopeds, electroscooters, segways and so forth) grew in Russia for 2018 by 15 times. Announced this TAdviser on July 19, 2019 in GetTransfer.com service.

Electroscooters and giroskuter became the city ordinary, it is possible to see monowheels and segways slightly less often. Petrol mopeds restrict their electrical analogs pleasing ecologists, but occasionally frightening passersby by noiselessness of the emergence.

Increase in number of electroscooters and emergence of the powerful models capable to disperse up to 85 km/h and to pass more than 100 km without recharge, already began to cause concern in regulatory authorities. At the beginning of July, 2019 the Moscow TsODD expressed need to give to scooters the status of vehicles and to punish their owners for abuse of regulations of the movement.

So far the pilot of the electroscooter is considered a pedestrian that really it seems wrong, especially looking at how it at a speed of 60 km/h maneuvers in a steam of cars and the more so goes on the sidewalk. The same should concern segways and monowheels.

Statistics of road accident with the small electric transport is already quite obvious — the number of accidents in a month is calculated by tens, the first dead appear. It means that the equipment and their owners need to be given to an order.

In a segment of inexpensive vehicles even climatic conditions do not prevent Russians to pass to the same electroscooters actively. A considerable part of year they will stand houses because of frosts and snow cover, but even several months of active driving obviously pay back purchase costs.

Ford entered the market of electroscooters

In May, 2018 the administration of San Francisco prohibited services of rolling of electroscooters after numerous complaints of residents.

According to the San Francisco Examiner edition with reference to the authorities of San Francisco, notifications on need to remove these devices for movement from city streets and to stop doing this business are sent to the companies which are engaged in leasing of scooters with electric motors. Services were given term till June 4, 2018. 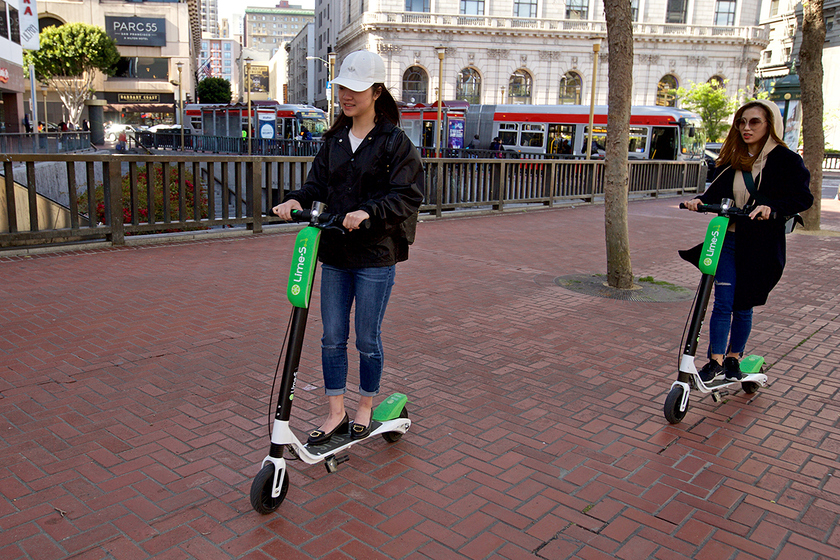 The authorities of San Francisco prohibited services of rolling of electroscooters

The administration received about 1800 complaints connected with electroscooters. In them people point to fast or dangerous driving on sidewalks and the parking in the wrong places. About 500 units of such transport were confiscated for the wrong storage and unseemly driving on city streets.

By May, 2018 in San Francisco three large services of lease of the Bird, Spin and Lime scooters work. Only Bird in the park has about 1600 devices.

The companies which will not remove electroscooters from the city till June 4 will be fined for $100 for each found device. Besides, on operators additional penalties and sanctions, including a total ban can be inflicted on work in the city.

The authorities of San Francisco want to remove not completely electroscooters from streets, and to regulate the related market. Services of rolling will have to get special permissions for a period of 12 months from transport body of SFMTA. Conditions on admission to work in the market, are not called.


SFMTA will keep track of location of electroscooters on coordinates of GPS and to estimate influence of such transport on a situation in the city. For the first six months after imposition of restrictions for services it is going to allow to the city no more than 1250 scooters. After accomplishment of the pilot program the decision on the future of electroscooters will be made.[5]