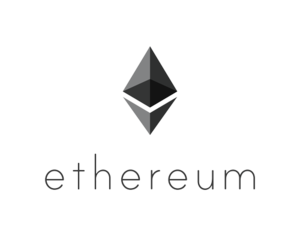 In Ethereum so-called smart contracts which represent the special programs describing conditions and result of the transaction are supported. Transactions and check of accomplishment of their conditions pass without participation of the person.

Enterprise Ethereum Alliance (EEA) is non-profit consortium which participants are engaged in search of opportunities of application of blockchain technology on the Ethereum platform in real business.

At the end of September, 2018 Austria announced the decision to use a blockchain for issue of government bonds for the amount of 1.15 billion euros. They will be distributed at the beginning of October within the auction which will carry out one of the largest Austrian banks Oesterreichische Kontrollbank.

The bank will issue bonds at the request of the Austrian Ministry of Finance using the Austrian Direct Auction System system which was developed based on the Ethereum blockchain platform. 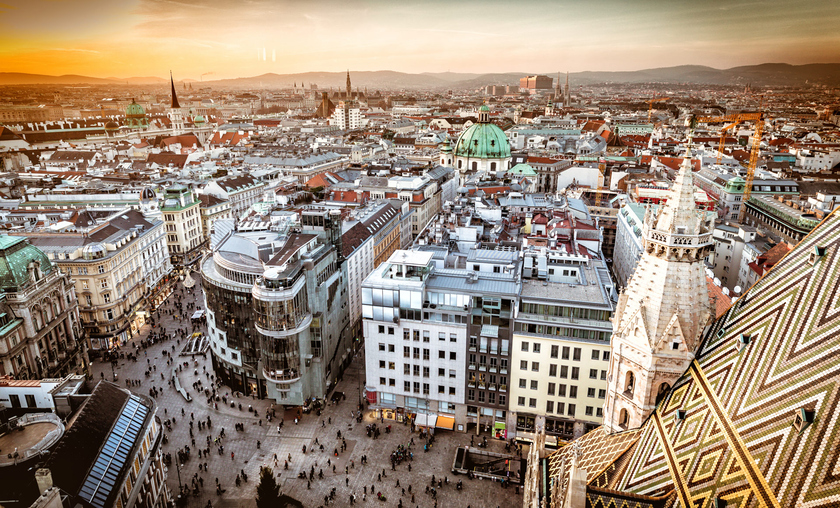 One of the largest Austrian banks Oesterreichische Kontrollbank will hold an auction for placement of long-term treasury bonds for 1.15 billion euros on Ethereum blockchain

It is noted that a system on bond issue will be notarized as hash values of data of Ethereum. It is the first case when the government of the country uses technology within  the Federal auction  for  bonds  in Austria.

The Minister of Finance of Austria Hartwig Löger noted that the country considers a blockchain as technology, "setting the tone in economic policy".


According to the managing director of the Ministry of Finance of Austria Markus Stix, the blockchain technology plays a key role in security and cost reduction.[1]

In May, 2018 Steve Wozniak compared blockchain- the platform Ethereum with Apple and said that the technology can repeat a revolutionary way of the American corporation.


By May 21, 2018 market capitalization of Ethereum makes about $68 billion against $922 billion at Apple. Despite an essential difference in cost Steve Wozniak considers that Ethereum is capable to make a new revolution in the IT industry, and it should take place in the nearest future. 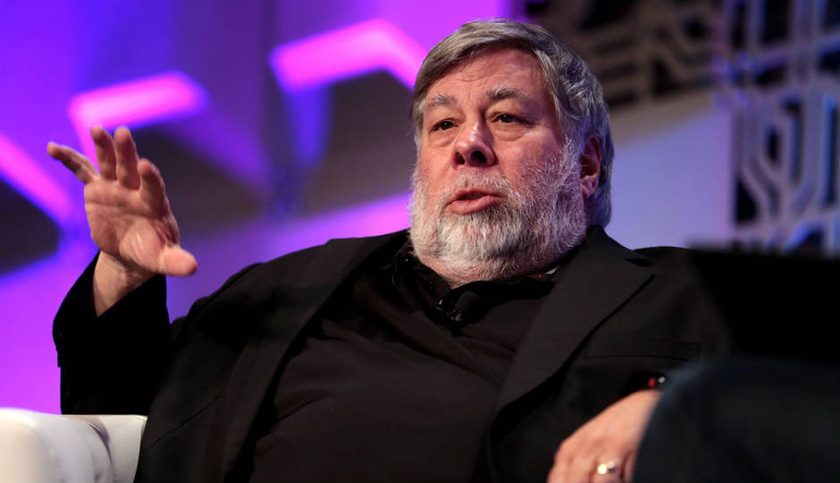 At the same time the co-founder sold almost all cryptocurrency which he had that not  "worry because of differences of a rate". By May 21 it had one bitcoin and two Ethereum.

Wozniak added that he builds "very positive forecast concerning a blockchain and virtual currencies because they are capable to change many areas and the industries".[2]

The management of the Russian IT university and Vitalik Buterin agreed about it in August, 2017 at a meeting at the University Innopolis. The founder and the chief architect of Ethereum visited university of the city of Innopolis for the sake of communication with professors and open dialog with students. Read more here. 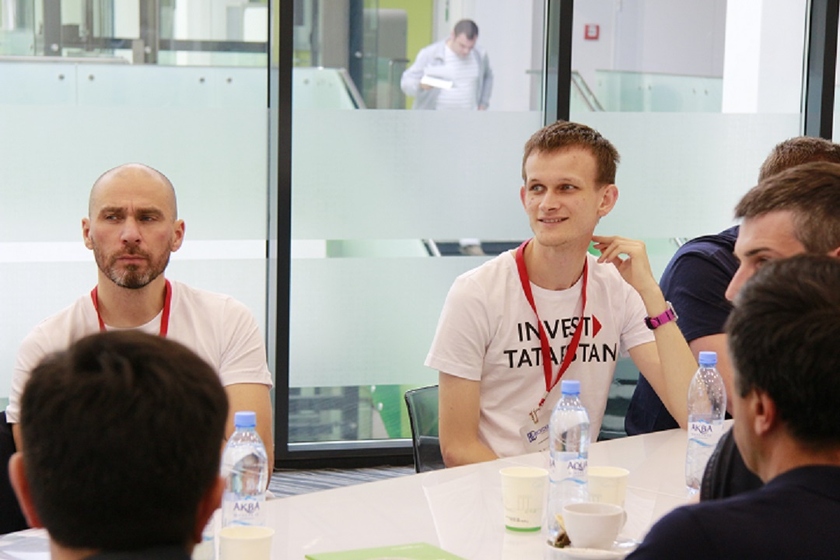 Vnesheconombank and Ethereum foundation signed in August, 2017 the partnership agreement according to which the organizations will implement projects with use of blockchain technology and  the Ethereum platform.

The document was signed by the founder of Ethereum foundation, the chief architect of the Ethereum platform Vitalik Buterin and the Chairman of Vnesheconombank Sergey Gorkov.

On May 30, 2017 the Ethereum company developing the blockchain platform of the same name became more expensive than social network Twitter. Reported about it in the analytical agency CoinMarketCap.

There it was counted that by the end of May, 2017 market capitalization of Ethereum exceeded $20 billion whereas at Twitter, according to the New York Stock Exchange, the indicator was $13.68 billion.

Ethereum outstripped Twitter on market capitalization at the end of May, 2017

Ethereum began to cost more than $1 billion in the spring of 2016. Prior to the beginning of 2017 capitalization fluctuated on this mark, and at the end of February it began to grow quickly. Everything for several months of the company it was succeeded to achieve cost in $20 billion.

This result, according to Vladislav Martynov, the representative of Ethereum in Russia and the co-founder of BlockGeeksLab investment fund, first of all, shows high level of confidence of users and business community to the potential of blockchain technologies and to a business model which was selected by developers of the platform.

Starting investments into Ethereum were collected by crowd funding and made $ 20 million. During 2016 developer companies of new services and applications carried out by ICO on the Ethereum platform for the total  amount of $ $330 million and 140 million  attracted as venture investments.

Vladislav Martynov explains Ethereum capitalization growth with several reasons. One of them is in what developers pay much attention to finding solutions which help the platform to develop and be scaled. Ethereum drew attention of several tens large partners among whom there are largest banks and financial institutions, the governments of the different countries, the largest IT companies.

The second reason — organizational. Earlier at a blockchain community there was no explicit authoritative leader what Vitalik Buterin is, Martynov continues. It considers one more reason of increase in interest in Ethereum development a blockchain market.

The joint blockchain project of "Ethereum" and "The world food programme of World Food Programme (WFP) will provide with products and food 10 thousand refugees.

Since the beginning of May, 2017 of the UN began to transfer funds to thousands of people in Jordan with the help a solution blockchain of "Ethereum". Cryptomoney will direct for tens of shops in five refugee camps through the whole country. For what amount equivalent to Jordanian dinars, "it is possible to outfit" the cryptocoupon – it is not reported. Activation of the coupon happens after the receiver is authenticated using scanning of a retina through the British biometric IrisGuard platform. Products from UN Innovation Accelerator, Parity Technologies and Datarella developers also involved a blockchain in the pilot joint.

The UN considers that implementation of the humanitarian program using a blockchain reduces costs for intermediaries because goes to local sellers and product providers.

Enterprise Ethereum Alliance (EEA) — the non-profit consortium created in February, 2017 which participants are engaged in search of opportunities of application of blockchain technology on the Ethereum platform in real business.

The alliance integrates the largest international companies, such as CME Group, Credit Swiss, DTCC, ING, JPMorgan, Santander, UBS, Accenture, Deloitte, Intel, Microsoft and also IT startups and research organizations. EEA creates the innovative technologies which will provide to the companies the new level of confidentiality of data, reliability and scalability of transactions.

2016: Work with the leading banks of the world

As of May, 2016 the Ethereum platform created by Vitalik Buterin services international banks among which there are Goldman Sachs, Credit Suisse, Barclays and JP Morgan and also Microsoft company. In total, according to the company, 40 credit institutions use the platform worldwide. The founder of the platform Vitaly Buterin then said that the Russian market "is of great interest and has high potential for development of Ethereum and start of new projects in the field of a fintekh".

2015: Microsoft and ConsenSys start Ethereum Blockchain as a Service

On November 9, 2015 Microsoft together with the partner of ConsenSys offered users of a cloud platform of Microsoft Azure service under the name Ethereum Blockchain as a Service (EBaaS). He will allow to create applications on the basis of technology of a chain of blocks (blockchain), by analogy with that on which the Bitcoin Microsoft cryptocurrency is based [3].