2018: Apple Watch is squeezed out from the market by the Swiss watch

In March, 2018 the cofounder and the CEO of Frederique Constant Peter Stas wrote the message in which expressed a concern to the growing threat of Apple Watch for the Swiss producers of traditional hours in the blog.


It also provided the forecast of analysts of Juniper Research according to which sales of hybrid hours (with analog dials and functions from electronic gadgets) by 2022 will grow to 80 million pieces from 14 million in the 2017th. 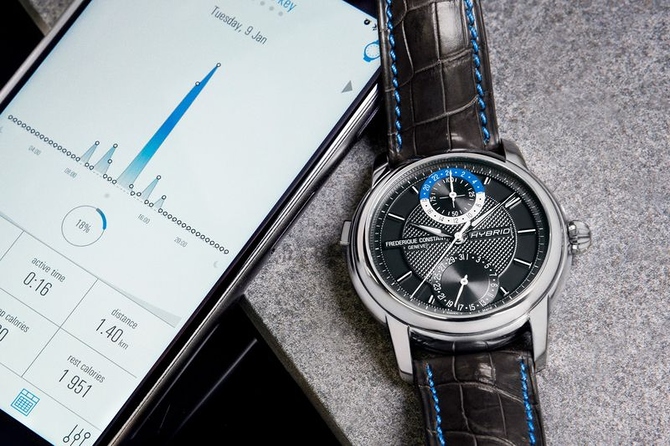 Became Frederique Constant one of the first Swiss brands which reacted to a release of Apple Watch. In 2015 the company provided the Horological Smartwatch smartwatch equipped with the pointer dial and functions of monitoring of physical activity. The quartz mechanism of hours is combined with the module MotionX providing data exchange with applications on mobile platforms iOS and Android.

By the end of April, 2018 about 150 thousand copies of Horological Smartwatch were sold that allowed the company to occupy 28.5% of the world market of the smartwatch worth from $600, Peter Stas told Bloomberg news agency, referring to data of unnamed analysts.

In 2018 Frederique Constant released the Hybrid Manufacture smartwatch which cost begins with $3500 and also showed the Alpina AlpinerX Outdoor Smartwatch model for $900-1000 having five sensors and more than 10 different functions.

According to Peter Stas, the company mistakenly that the smartwatch is generally bought by aged people about 30 years. In fact the most part of demand is the share of users from 50 to 60 years — at least, in a segment of expensive devices — as elderly people are interested in the health more.


According to IDC, in 2017 33.3 million smartwatch were sold worldwide, having for the first time exceeded production volume of hours of the Swiss brands (25.5 million pieces). Nearly a half of deliveries of devices of the first category fell on products of Apple. 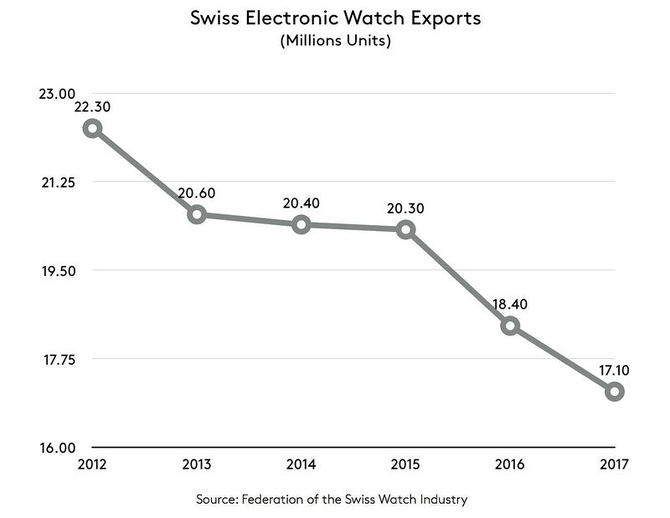 In 2017 the Swiss export of the quartz watch made 17.1 million pieces that is 16% less than an indicator of biennial prescription. Stas blames for it the smartwatch and considers that the situation will worsen as producers of this electronics add to it more and more medical applications.

The head of Frederique Schreiner added, as the company develops new applications for health and prepares "irreplaceable hours".[1]