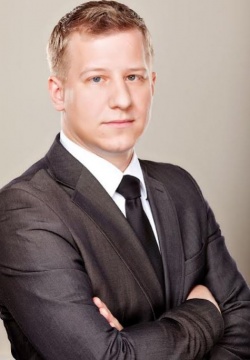 Since December, 2013 - the chief representative of Check Point in Russia and the CIS countries. Earlier this post in the company was heldby Keith Maskell who in August, 2013 passed to a position of the area manager into Trend Micro.

As the chief representative of Check Point Dyagilev is responsible for management of a local command of the company, increase in its operational efficiency and increase in a share in the market, work with partners and customers on rendering consulting services, for the purpose of gain of regional presence and development of a partner network in Russia and the CIS countries.

Before accession to Check Point Vasily Dyagilev worked at the Russian office Microsoft where headed a segment of sales to corporate clients (the large and average organizations).

Before within more than four years he was responsible for business development of Kaspersky Lab company in the countries of emerging markets (Eastern Europe, the Middle East, Africa and Latin America). In 2011 he reached a position of the managing director of the region, performing management of nine local offices worldwide and the partner network operating in more than 100 countries.