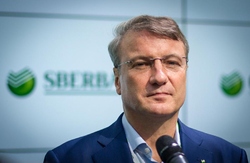 Herman was born on February 8, 1964 in the village of Panfilovo of the Pavlodar region, the Kazakh SSR.

From 1982 to 1984 served in parts of special troops of internal troops of the Ministry of Internal Affairs of the USSR. 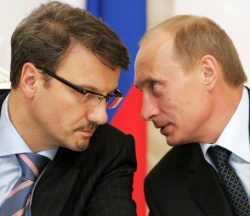 1991: Work in administration of St. Petersburg

1998: Deputy minister of state property of the Russian Federation

Negotiations on the entry of Russia into the World Trade Organization were one of the main objectives of Gref at a position of the Minister of Economic Development. And if at first the purpose to join WTO at any cost and as soon as possible was set, then then the principle became the basic: "Russia will enter the organization on conditions, as much as possible profitable to itself". With respect thereto terms of accession to WTO were constantly removed. At G. Gref talkback communications of Russia with all main world trade powers were successfully completed.

On the post G. Gref also actively stood up for development of industrial production in Russia. For it in this area 2005 became especially successful. So, the Sukhoj Super Jet-100 program got to the sphere of its influence (SSJ-100, before RRJ) there is a joint project of Sukhoi Civil Aircraft company, aviation complex of Ilyushin and Boeing company.

Same year there was a well-known governmental decree of N166 providing privileges for the car makers who opened assembly productions in Russia (the conclusion of the relevant agreements with the auto giants was supervised by MEDT).

In the same 2005 the law drafted by the ministry regulating activity of special economic zones and providing preferential terms of activity for their residents was adopted. G. Gref also achieved for the department the right to distribute funds for the innovation projects both through the created Russian Venture Capital Company (RVCC), and through Investment fund.

In 2005 the minister became the commission chairman creating the list of the projects co-financed from Investment fund of the Russian Federation.

2007: President and chairman of the board of directors of Sberbank

On November 28, 2007 at an extraordinary meeting of shareholders Sberbank of the Russian Federation Gref was elected the president, the chairman of the board of credit institution. At this position it replaced Andrey Kazmin appointed the head of FGUP Russian Post. Despite G. Gref's statement that no sharp changes in the HR policy are planned, several people from top management of bank submitted withdrawal letters. Among them there were deputy chairmen of board, heads of the leading managements. However the former minister did not lose optimism - having headed Sberbank, G. Gref in a vigorous manner inherent to it said: "We should prove that elephants are able to dance … Give me time, and then we will look who, of what is capable".

So, in G. Gref's plans to make Sberbank more "customer-oriented" in this connection in bank there were seriously increased requirements to employees and also work on improvement of the principles of work in particular connected with retail lending is conducted. Expensive rebranding of Sberbank which expediency in the conditions of financial crisis caused a perturbation wave in media became other serious undertaking of G. Gref. Besides, being a supporter of the idea of privatization of state banks, G. Gref supports reduction of a share of the Central Bank in authorized capital of bank up to 50% + 1 action from present 57.6%. However, so far the Government of the Russian Federation does not hurry to privatize Sberbank, explaining it is its traditionally high social importance.

German Gref tells about the crowdsourcing project of Sberbank

2011 — defense of a thesis in the Russian Russian Presidential Academy of National Economy and Public Administration on a subject: "Development and perspectives of structural institutional reforms in the Russian economy". Candidate of Economic Sciences.

The chairman of the board of Sberbank German Gref is elected in May, 2014 in Board of Directors of "Yandex". Especially for the banker the number of board members of the Internet company was increased to nine. Eight people who were earlier entering into Board of Directors saved the chairs.

In January, 2018 entered "the Kremlin list" of the Ministry of Finance USA — the persons approximate to the president Russia To Vladimir Putin.

For April 10, 2018 Herman Oskarovich Gref works at a position of the president of PJSC Sberbank.

2018: Curator of the Technologies block of Sberbank

On December 10, 2018 Sberbank announced increase in a role of technology and marketing divisions of bank. With respect thereto David Rafalovsky was appointed the executive vice president and began to submit to the president, the chairman of the board of Sberbank German Gref, continuing to perform functions of service station of the Sberbank group.

Transition to remote work because of a coronavirus

On March 16, 2020 it became known that German Gref, having visited Europe, passed to remote work because of spread of a coronavirus.


Gref  is   not the only  person in  the management of Sberbank forced to work out of office because of epidemic. A half of participants of the operational meeting of heads of credit institution was absent at it and communicated with colleagues far off. Passed to remote work also some non-management employees. 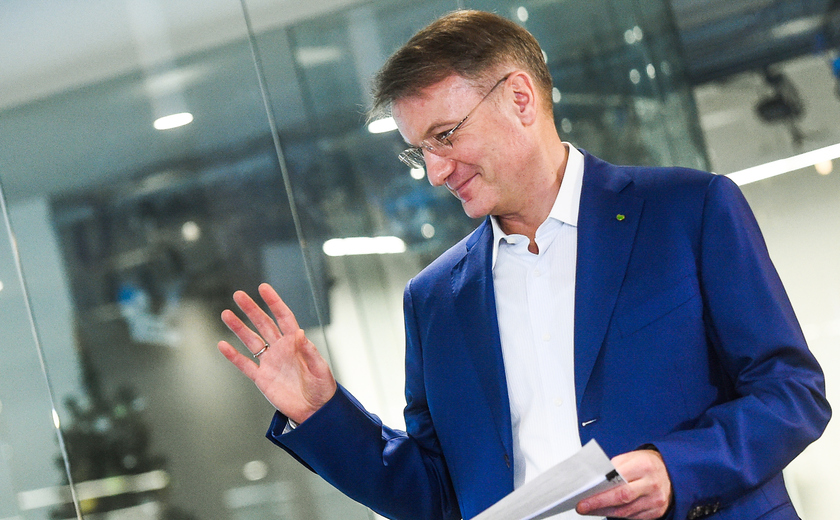 German Gref, having visited Europe, passed to remote work because of a coronavirus

In Sberbank the anti-recessionary headquarters for ensuring smooth operation works. It proposes measures which should prevent infection of clients and employees of bank  with COVID-19 virus.

In Sberbank  made  a mathematical model of spread of a coronavirus in Russia and in the world. According to German Gref, in all three scenarios the situation in Russia looks better, than in the majority of the countries.

On March 17, 2020 German Gref will hold a press conference in the online mode according to the results of a meeting of the Supervisory board of Sberbank. Such format is selected in connection with implementation of a package of measures for prevention of spread of a coronavirus.

The Ministry of Health recommended  to the companies to refuse abroad travels earlier or to reduce trips of the employees to other countries. It is offered to that who returned from the countries with an unsuccessful epidemiological situation to observe isolation mode for the term of 14 days. German Gref also passed to this mode.[1]

Message about theft of $2000 by cyberswindlers

At the end of June, 2020 German Gref told that once after the foreign trip cyberswindlers stole from him $2 thousand. The head of Sberbank managed to return money, but at once. 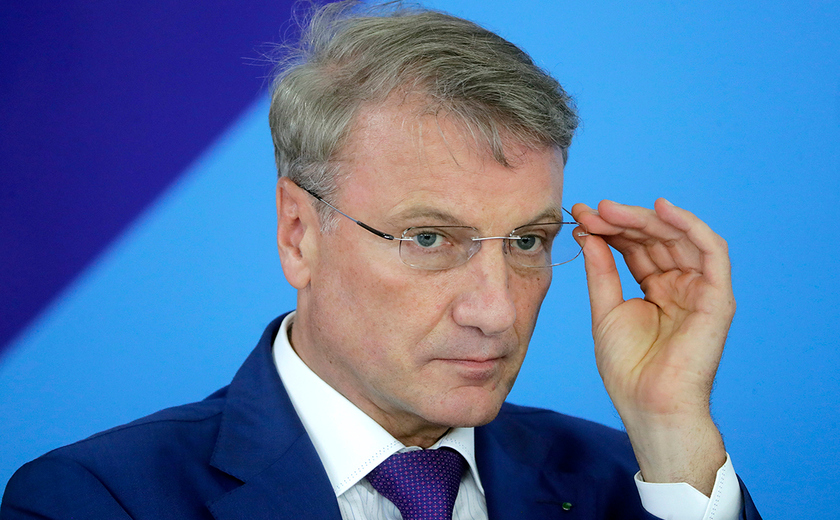 Gref told how he fell a victim of cyberswindlers abroad once

According to him, malefactors managed to remove $2 thousand till that time as he phoned in bank and to block money. Gref noted that "the long story" with return of money turned out. Then responsibility was born by merchant acquirer, trials via Visa went about half a year, but then returned all amount, he told.

The president and the chairman of the board of Sberbank said what to the middle of 2020 such would not occur as in bank the interlocking system of fraudulent transactions with use of artificial intelligence is unrolled.

According to German Gref, Sberbank carried out huge work after large date leak of clients by fall of 2019 and in the long term expects to make the systems completely protected.

It is awarded with Gratitude and the Certificate of honor of the President of the Russian Federation, an order "For Merit to the Fatherland" 4th Class and Stolypin P.A. medal. 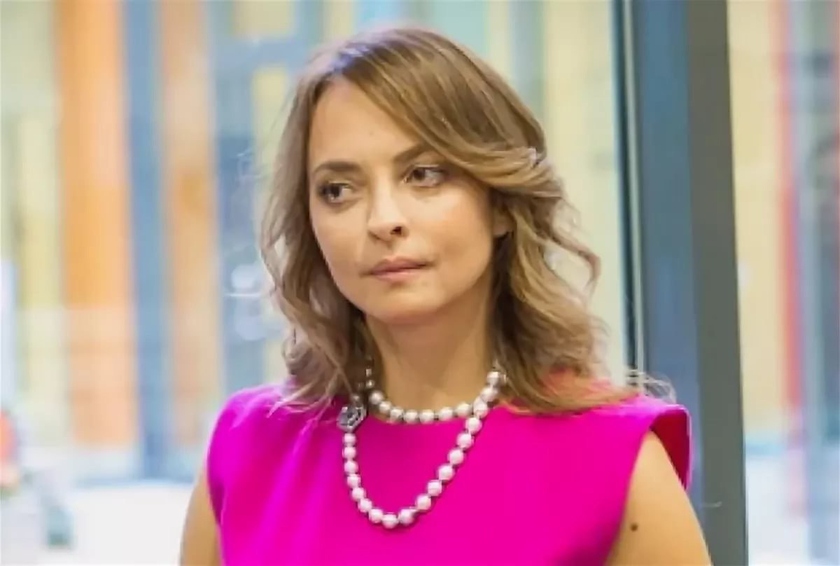 In November, 2012 Forbes in rating "25 dearest top managers of Russia" where took the 4th place with annual compensation of $15 million is included.