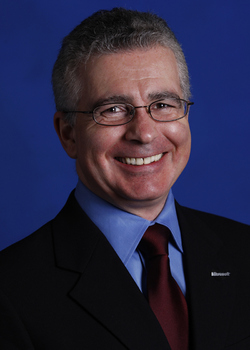 Kirill Tatarinov graduated from the Moscow institute of engineers of railway transport majoring in "Electronic computers", has degree of MBA of the Houston Baptist university.

1994: The technical director in BMC Software

Since the beginning of the 1990th years Tatarinov was engaged in developments of software products. Having begun the activity in the Australian company Patrol Software where at the same time was a cofounder and the head on developments. After its absorption BMC Software in 1994, held a position of the technical director and senior vice president in BMC Software.

2002: The only Russian vice president in Microsoft

Kirill Tatarinov came to Microsoft in the middle of 2002, having headed the Enterprise Management Division direction. Practically at once became the vice president of corporation — the only thing from Russians. In Microsoft company Kirill Tatarinov directed development and promotion on the market of different products of the company — Microsoft System Center, Systems Management Server, Operations Manager and Application Center.

2010: Criticism of SAP solutions in Russia

October, 2010: The vice president of Microsoft Business Solutions Kirill Tatarinov who visited Moscow said that he sees a trend of the choice of the platform MS Dynamics by the large companies at which are already set ERP- solutions SAP. Tatarinov explained it with the fact that using ERP systems of SAP, or Oracle Financials, most the large companies solved a problem of the centralized accounting, however for ensuring operational activity they do not want to use ERP-SAP solutions.

"People are not happy how SAP works. It is, as stated, necessary evil (the necessary evil, - a comment of CNews) which they are forced at themselves to keep that their accounting continued to work", - Tatarinov considers. As the reason why for accounting needs of the company are not going to change ERP systems of SAP for others, Tatarinov called "huge funds" which clients spent for that "this centralized accounting worked for them". Implementing ERP systems based on MS Dynamics AX, clients integrate them with SAP solutions which continue to use for administrative functions.[1]

In the Russian market of business solutions Tatarinov characterized the general competitive strategy of Microsoft as "our time has come" and said that their Dynamic AX platform is ready to fight against SAP in any segment. He also noted that in a segment of the centralized ERP systems in the companies with annual revenues over $5 billion Microsoft will also be "pressed down" in due time by SAP.

On June 17, 2015 it became known of Kirill Tatarinov's leaving Microsoft. At the time of the resignation the native of Russia held a post of the head of department of Microsoft Business Solutions responsible for  solutions of the company for business  and also for  their researches, development, sale, marketing and  operational management. 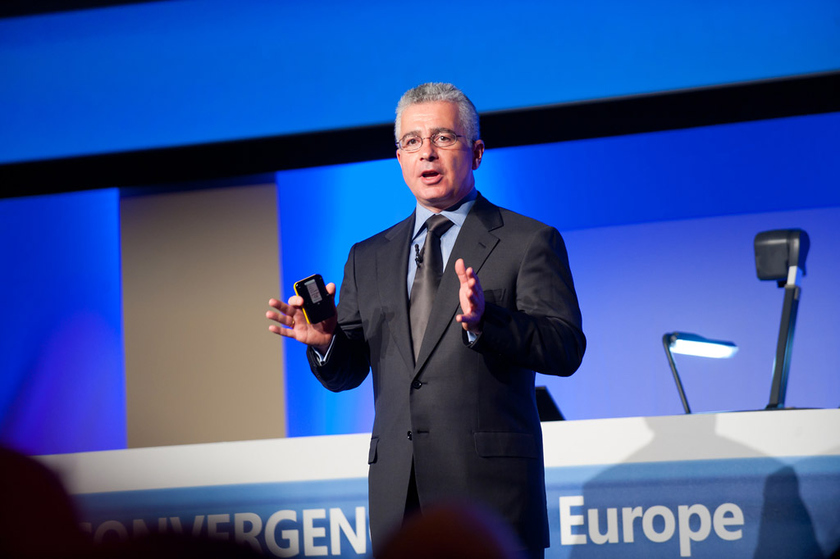 Microsoft did not tell the name of the new head of department of business solutions. Besides, the company did not tell that it will become with Business Solutions: whether independence will save division or will be a part of other structure as it happened to Device Group after departure of its head Stephen Elop.

Tatarinov and Elop were not the only dismissed top managers of Microsoft. Together with them the company was left by the vice president for strategy Eric Rudder and the chief strategy officer Mark Penn.[2]

On January 20, 2016 it was announced Kirill Tatarinov's appointment by the head of the producer of means of virtualization Citrix. It has an experience of reorganization of Microsoft which should be useful on new work location.

Kirill Tatarinov officially became the new CEO and the president of Citrix on January 25, 2016. Earlier these positions were temporarily held by Robert Calderoni, he will remain in the company as the executive chairman of the board. 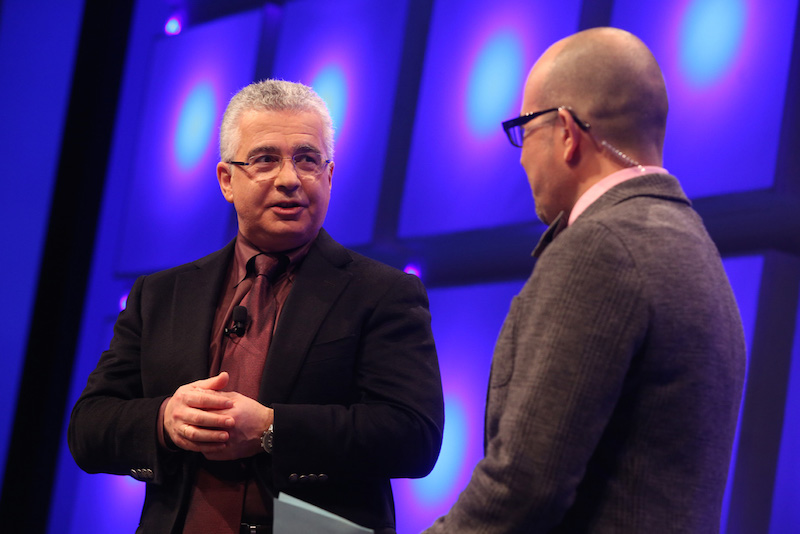 51-year-old Tatarinov joined Citrix therefore the total number of his members grew to 11 the board. According to the The Wall Street Journal newspaper on January 20, 2016, the initial salary of new CEO Citrix will make $1 million (probably in a year, the edition does not specify the period).[3]


Replacement of the leadership of Citrix happens in the conditions of transformation of business of the company. In the summer of 2015 of Citrix, having moved to pressure of a hedge fund of Elliott Management, announced resignation of the CEO Mark Templeton, restructuring and the beginning of studying of strategic alternatives concerning the future of the company. Sale to the company was considered, but the decision on department of some divisions and staff reduction for 10% as a result was made.

Kirill Tatarinov worked 13 years in Microsoft. Being a head of department of business solutions, Tatarinov promoted doubling of its revenue and increase in profitability, provided transition to cloud computing and managed a global partner ecosystem, it was noted in the message of Citrix.[4]

On July 10, 2017 the American IT company Citrix announced David Henshell's appointment the new president and the CEO instead of the native of Russia Kirill Tatarinov who was led by January, 2016.

What caused Tatarinov's resignation, is not specified. Citrix only says that the top manager and Board of Directors of the company made the mutual decision.

Under the leadership of Kirill Tatarinov the share value of Citrix grew almost twice — from 39 to 80 dollars. On July 10, 2017, when it was announced replacement of the leadership, securities of the company fell in price almost by 4% up to $77.

Under control of Kirill Tatarinov Citrix optimized corporate culture thanks to attention to innovations and transition to cloud computing. During its work the company within six quarters showed continuous operational improvement, generated profitability for shareholders higher than 50%, updated key products and implemented new initiatives and acquisitions in the field of cloud computing.

Entry into Board of Directors of Acronis

Kirill Tatarinov having more than 30 years' experience of management of the IT companies and works in the corporate sector joined Acronis companies the Board. On March 4, 2019 TAdviser was reported about it by representatives of Acronis.

Kirill Tatarinov has rich experience of implementation of effective strategy of product development and profound knowledge of IT departments of the enterprises. It is expected that Kirill's experience will help Acronis to increase a share in corporate and state sectors of the market. It will promote the innovative solutions of Acronis in the field of cyber defense in the corporate sector.

On September 11, 2019 the Acronis company announced TAdviser appointment as the executive vice-chairman of Board of Directors of Kirill Tatarinov who will help the company to come to other stage of growth of business. Tatarinov was a part of Board of Directors of Acronis since December, 2018, and before held executive positions in a number of developer companies of the software, including Citrix Systems, Inc. and Microsoft Corp.

Tatarinov's experience in implementation of effective strategies of development for software products, deep knowledge in the field of corporate information technologies and also extensive knowledge in the field of expansion of the innovation technology business and development of successful partner channels, – all this should help shveytsarsko-the Singapore the companies with further development of strategy of cyber defense in the corporate sector for achievement of ambitious strategic objectives.


Kirill Tatarinov has considerable experience on development of the multi-billion companies and the managements of them. Not so long ago he held a post of the president and CEO of company Citrix Systems, Inc. Under its management Citrix accepted strategy and the concept of development and brought the corporate culture to absolutely other level, having focused on innovations and on transition to a cloud environment.

To Citrix Tatarinov worked thirteen years on different executive positions in Microsoft Corporation – in particular, held a post of the president of Division of business solutions (Microsoft Business Solutions Division, MBS) and bore complete responsibility for the line of the products Microsoft Dynamics. Before he was the corporate vice president of Division of solutions for management of IT systems (Management and Solutions Division) and directed development and implementation of technologies and products of management for Microsoft Windows, including Microsoft System Center and also Windows Server monitoring systems. Besides, Tatarinov was a part of the top management of Microsoft. For September, 2019 he is also the board member of Avaloq and Acumatica companies and also advises a number of technology startups and investment firms.

Has the 1st category of the ski instructor (Level-1)