Treskanye at the first bending

After the beginning of sales of Samsung Galaxy Z Flip in the middle of February, 2020 it became known of problems with quality of these bending smartphones. It turned out that they burst already at the first bending.

The British user by the name of Amir on Twitter posted the photo of the rejected device. He wrote that the device from a box pulled out, deleted a film with the instruction, opened a device and heard a crash. The user paid attention that in the place of a fold of the flexible screen the big crack appeared. 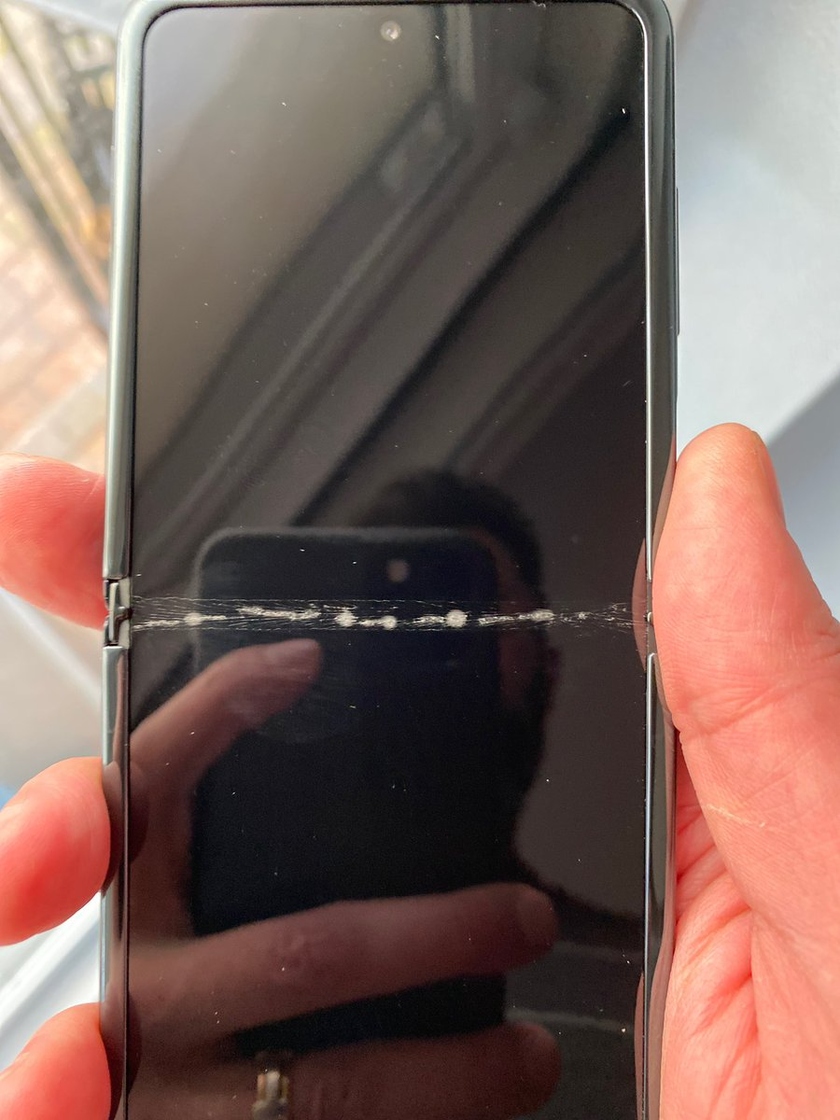 It became known of problems with quality of these bending smartphones

Samsung contacted the owner of the rejected device and replaced it with new. According to Amir, the tube burst because before opening of a box spent some time on a frost. It is supposed, at cold temperatures flexible properties of the Galaxy Z Flip screen are lost therefore it needs to be warmed before use.

The blogger Zack Nelson with YouTube channel JerryRigEverything carried out a number of tests for the purpose of check of durability of a protecting cover which supplies the flexible display of the Galaxy Z Flip smartphone. According to the blogger, the cover plate of the smartphone behaves like plastic. In particular, it is quite easily scratched even at influence by not too firm objects. Nelson considers that Samsung should not have called a covering of the Galaxy Z Flip screen the glass as it misleads consumers.

According to the South Korean edition Pulse, Samsung prepared about 20 thousand devices. It is twice more than an initial batch of Galaxy Fold, the first folding model of Samsung which debut took place in September, 2019. Despite the increased volume of an initial batch and quite impressive price label Galaxy Z Flip, smartphones were bought up instantly in many countries, including in the USA, the United Arab Emirates and Singapore.[1]

On February 11, 2020 Samsung provided the bent Galaxy Z Flip smartphone . It received the 6.7-inch OLED display with the resolution of 2636 x 1080 pixels and an aspect ratio 22:9 which when closing develops in a small square. According to developers, the device maintains more than 200 thousand cycles of bending/extension.

It is noted that if in the first smartphone tablet with the flexible screen — Samsung Galaxy Fold — the company used the plastic polymeric screen for protection of the display, Galaxy Z Flip became the first folding Samsung smartphone with ultrathin flexible glass.

Samsung announced the smartphone which is bent in half

The additional 1.1-inch OLED screen with resolution capability   300 x 116 points to which are brought the notification in the put tube status is also provided in the device. In the camera mode this display becomes the view-finder.

In  Samsung Galaxy Z Flip three cameras are mounted: two 12-megapixel and one 10-megapixel for shooting of a selfie. The smartphone is completed with the 8-core Qualcomm Snapdragon 855 Plus processor with clock rate of 2.96 GHz, 8 Gbytes of operational and 256 Gbytes of a fixed memory.

The mode of several active windows is provided in phone  — use of several applications on one screen at the same time allows to do several transactions. For example, to look for the pleasant images in an upper part of the screen, in lower – to make out the order in online store, but also, to use the messenger.

In Russia Galaxy Z Flip will go on sale on February 14, 2020 in Samsung brand salons and in shops of partners in the recommended price of 119,990 rubles in "shining amethyst" and "black diamond" colors.  The version in the golden body which was submitted on the presentation in the Russian market will not be on sale — at least at first.[2]