Digital consultation: how to create AI services in medicine

Understand the need of a doctor and offer a digital solution

Creating a service using artificial intelligence (AI) for medicine always begins with identifying and understanding a problem that is relevant for the medical community. At this stage, it is important to build communication between developers and experts, whose role is played by acting doctors of medical institutions. The latter have their own problems that need to be solved by modern technologies. Having learned about them from doctors, the developers report whether it is technically possible to create a service and, if so, then offer its prototype to doctors. Together, they decide to begin development.

For example, there is a problem: radiologists have to spend a lot of time studying CT images of the brain in case of a suspected stroke (usually from 15 minutes to 1 hours). But everyone knows how important the time factor is in this case. The faster the diagnosis is made, the greater the chance for the patient to avoid severe consequences in the form of, for example, disability. A new, "breakthrough" solution was required, doctors shared this problem with the developers and as a result, the KT Stroke service was created. And already today, development can help medical specialists in their daily work. Based on AI algorithms, the model automatically marks CT images, determining the type and localization of the stroke zone. The processing time for each snapshot has been reduced to a few minutes. 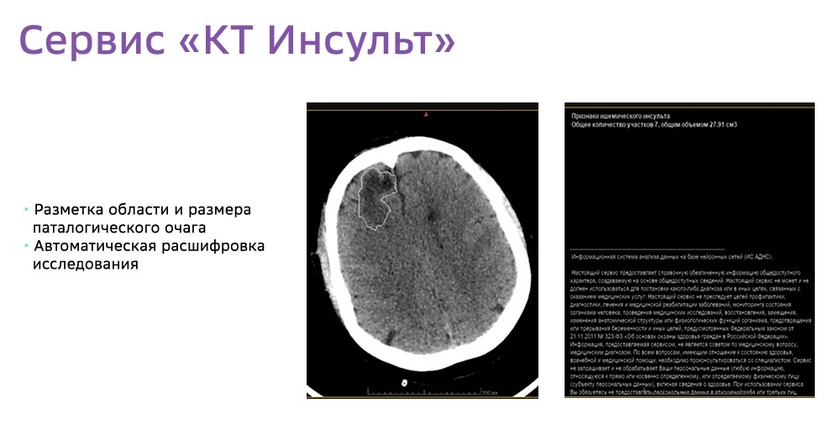 The most common example of AI use in medicine last year was the processing of computed tomography images of lungs affected by COVID-19. The percentage of lesion affects what treatment the patient should receive. Identifying the proportion of this lesion is always painstaking and difficult work even for an experienced doctor. At the same time, AI can quickly and efficiently, literally in a matter of minutes, process the data, thereby helping the doctor in making a final decision and making a diagnosis.The CT Lung service for the analysis of CT images has shown its effectiveness during the pandemic and is being successfully used now. 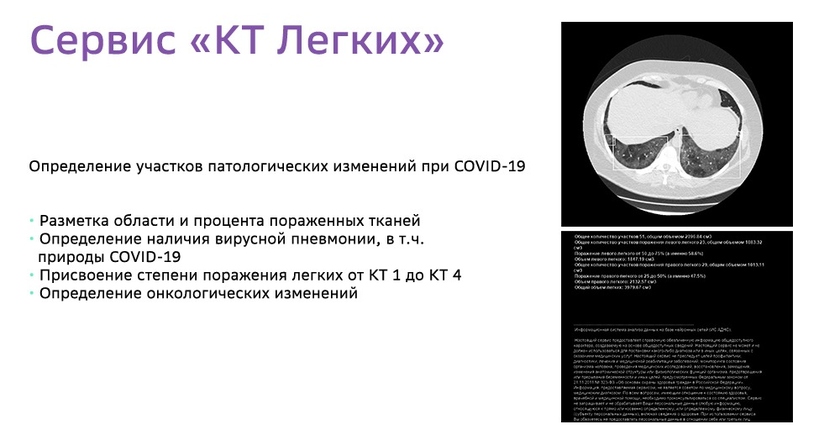 It processes each snapshot for several minutes, in the most difficult cases - no more than 15 minutes. In addition, the service indicates priorities for doctors: they are primarily provided with images with suspicion of pathology. That is, you can quickly start treatment in those patients who need it most.

Thus, today's artificial intelligence developments respond to the current needs of the medical community and are designed to help them in their work.

At the next stage, to create a service, you will need to obtain data and expertise from doctors, on the basis of which machine training will begin. This is similar to how senior colleagues teach less experienced physicians by sorting out cases from clinical practice. The only difference is that machine learning requires an order of magnitude more data - not even hundreds and thousands, but hundreds of thousands of patients. And these should be not just impersonal patient data, but specific cases analyzed and confirmed by the doctor.

But first, you need the data to be correctly collected and marked. It is impossible to develop an effective AI model on unprepared data. Therefore, the choice of specialized clinics with which negotiations are held, for what tasks impersonal data will be collected is important. Next, computational experiments are started, which are aimed at choosing the optimal architecture and configuring parameters for a specific task. Data collection, quality testing at each stage and their marking in any medical institution is a very time-consuming process, it requires the involvement of the most qualified doctors. And technicians should bring all the collected data to a "single denominator," eliminating distortions. It is important that the collected arrays are homogeneous across most parameters, and the samples are balanced (for example, that the number of cases with and without pathology is approximately the same).

After all, if, for example, the model is trained in pictures taken on one equipment, and then it meets images taken on other equipment, this can lead to an error. Simply because the model will see some new data features and may misinterpret them. There are a lot of manufacturers and modifications of equipment, which is why even those AI models that are already used in industrial operation are constantly updated, trained - this is a constant, continuous process. That is, they improve their qualifications, as is customary in the medical community. One example of working with the dataset is the creation, together with the Moscow Government, of a smart assistant doctor "TOP-3." 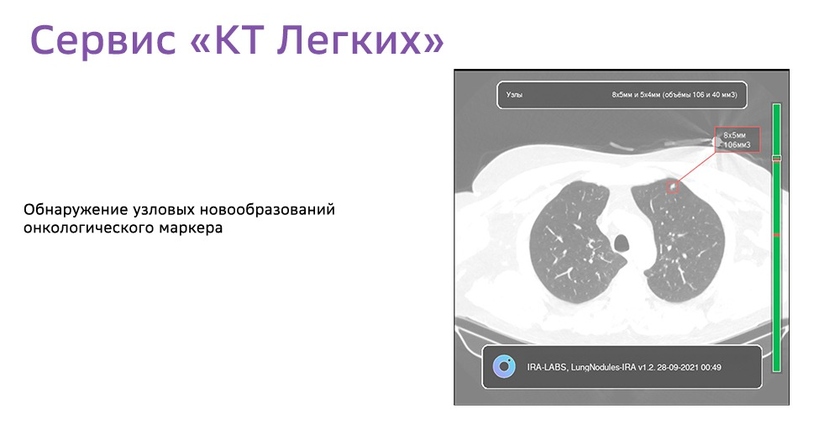 A major study was conducted in Moscow based on data from anonymous visits to medical institutions. Date analysts summarized the statistics of all diagnoses in outpatient treatment for one year in the Moscow region, analyzed more than 2.2 million visits of 420 thousand patients. After that, they arranged the probability of the disease category according to the generally accepted ICD-10 classification and selected 265 categories that cover 95% of sample cases. As validation data, 1.7 million visits of 700 thousand patients not previously used were taken. As a result, the Smart Physician Assistant service was created, which became the champion of the prestigious international competition WSIS Prizes 2021, held under the auspices of the UN. At the entrance, the "assistant" receives text from the medical record, a history of primary hospitalization, then a mathematical model based on neural networks works, and he issues the three most likely diagnoses according to the International Classification of Diseases (ICD-10). Now it is used in all adult clinics in Moscow, as well as in a number of regions of Russia.

There are many services - platform one

In order for artificial intelligence to enter the arsenal of a modern doctor faster, it must fit as organically as possible into existing working interfaces. Conditional comparison: if a person uses a calculator, then it will be very strange if he is offered another separate device ("with artificial intelligence"). But he is unlikely to be surprised if the new calculator models solve increasingly complex problems. The task of manufacturers of medical AI is to reduce the burden on the health system in general and on certain areas of medicine in particular. However, this, of course, will not be possible immediately (as doctors were not immediately accustomed to using ultrasound scanners and CT devices, which were also once "new"). This is why new AI software is being introduced into the information systems familiar to doctors, supplementing their functionality. As a result, doctors do not need to specifically learn, breaking away from everyday work to start working with artificial intelligence, there are enough common basics of computer literacy. And most often, medical institutions need not some separate service, but a set of algorithms that can be used in a particular situation.

So the idea arose of ​ ​ creating a Medical Digital Diagnostic Center (MDDC). This is a comprehensive solution to help make a diagnosis using artificial intelligence. However, in any case, it is validated by specialist doctors. MDDC combines more than 50 products and solutions of SberMedAI, as well as other companies of the Sber ecosystem and partners.

Doctors of clinics connected to MDDC can online send to a "digital consultation" data of primary admission, instrumental and laboratory diagnostics. You can download digital documents through a web interface or a separate application for an automated workplace, or through programs already integrated into the clinic's medical information system (IIA).

Information is automatically routed and processed by AI algorithms, preliminary conclusions are submitted for verification to profile doctors of MDDC, and after that the recommendation for making a diagnosis returns to the clinic. The final recommendations are issued by MDDC doctors specializing in a wide profile of medical areas: therapy, cardiology, radiology, oncology, surgery, dental research.

Thus, modern technologies can effectively and qualitatively help doctors in their daily work. AI algorithms help significantly accelerate the processes of making medical decisions, not to miss the mistake, pay additional attention primarily to the areas of possible pathology (prioritization of the list of patients). An extremely important area is the possibility of retrospective analysis of medical data using artificial intelligence.