On August 1, 2019 it became known that the Ministry of Defence of the Russian Federation tested high-speed lines of information exchange. Based on tests, "the military Internet" provided transmission rate in 300 Mbps between field operations control rooms at distance more than 2 thousand km. The Ministry of Defence used the special equipment and more than 1.5 thousand mobile complexes of communication and enciphering for achievement of such results. Read more here.

At the end of June, 2019 the authorities of Germany and the Netherlands agreed about creation of the first in the history of the joint military Internet. The agreement was signed in Brussels (Belgium) where there took place the meeting of representatives of the Defense Ministries of the countries of NATO.

The military Internet new Dutch German was given the name Tactical Edge Networking (TEN). It is the first case in the world when two countries integrate elements of the military network therefore this project is considered as test. Creation of the joint military network for all representatives of the North Atlantic Alliance is in the future possible. 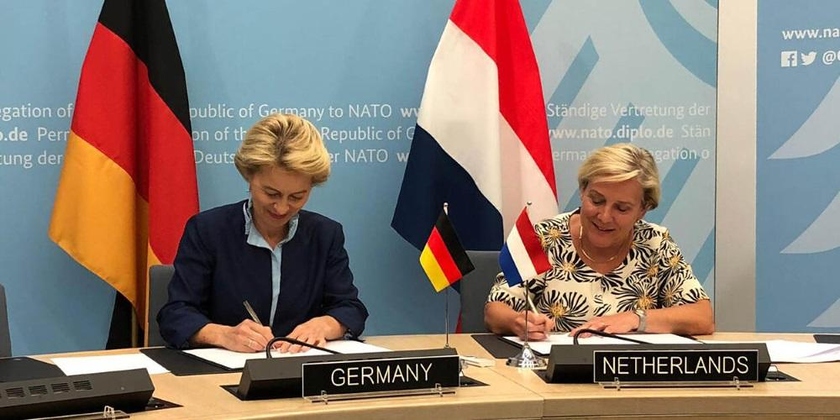 The plan consists in that members of NATO could share military networks. In that case development and deployment of the new and improved joint standards could be carried out in all states of NATO at the same time. The headquarters of TEN will be in Koblenz (Germany), and the center of technology design and prototyping – in Amersfort (Netherlands).

It is known what to start TEN will establish relations between ground operations of the German army (Bundeswehr) (D-LBO) and the tactical communicating program FOXTROT of the Ministry of Defence of the Netherlands which is used by the Dutch military. These the project are directed to upgrade and digitalization of armed forces of two states.

According to the Ministry of Defence of Germany, on program implementation of TEN from 2019 to 2030 12 billion euros will be required. According to the German newspaper Handelsblatt, within TEN upgrades will be subjected to 25 thousand fighting vehicles, and 155 thousand servicemen will be provided with new computers and means of communication. The troops acting within TEN network will use identical computers, radio receivers, tablets and phones irrespective of the country of origin.[1]