In mid-December 2021, Baikal Electronics introduced its first Baikal-S server processor in Moscow. The starting batch of new products has already arrived in Russia - the capacities of the Taiwanese TSMC are used for contract production.

In October 2021, the first Baikal-S engineering batch in the amount of 50 pieces was released. It is expected that in the first quarter of 2022 another 600 processors will arrive, and by the end of the third quarter the manufacturer intends to build a scheme for the supply of these chips in industrial batches. 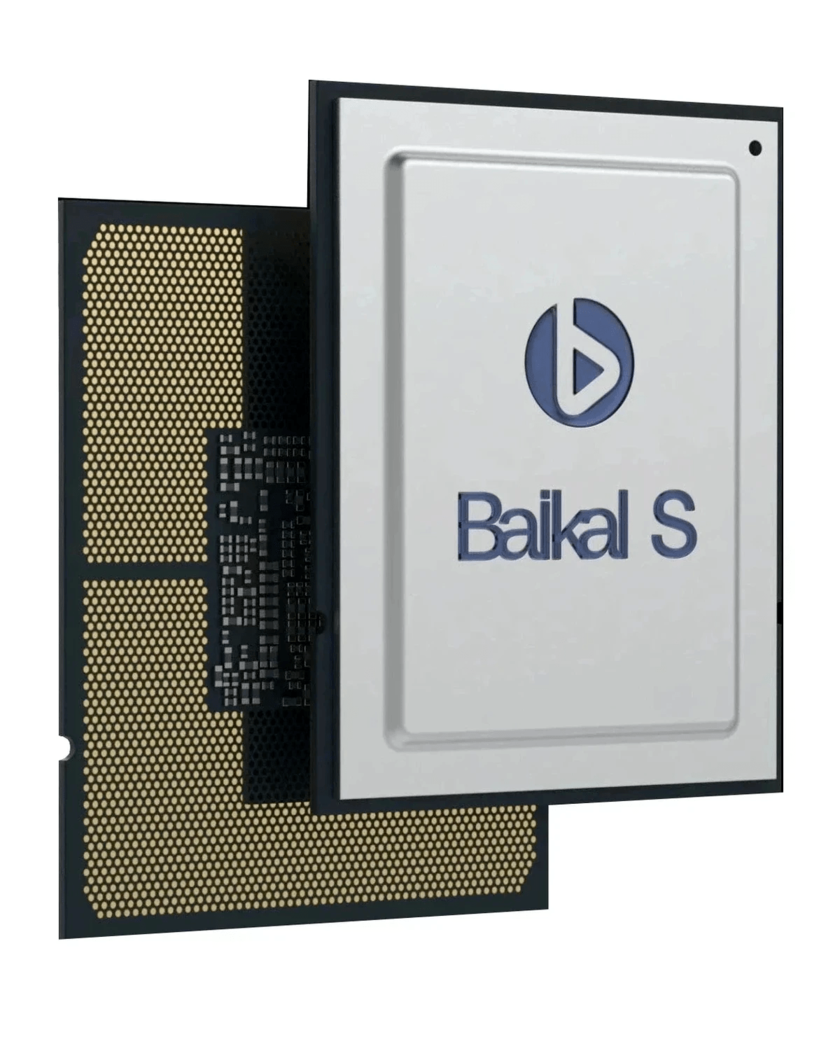 According to Andrei Evdokimov, CEO of Baikal Electronics, for the first time the company can say that the processor is competitive in price/performance ratio with foreign analogues. Evdokimov says that in 2022 the company expects to begin serial deliveries of server solutions on the Baikal-S platform.

In the Coremark, Whetstone, 7zip benchmark benchmarks, the domestic processor has shown performance superior to the Intel Xeon Gold 6148. At the same time, according to developers, Baikal-S worked at a frequency of 2 GHz, Intel Xeon - 2.4 GHz.

Baikal Electronics calls the novelty the first Russian server processor with support for hardware virtualization (competitors have only container). Baikal-S is designed for use in servers, storage systems, as well as in hyperconvergent and supercomputer systems. The estimated price of one Baikal-S will be $3 thousand.[1]

2019: Baikal-S server processor will be delayed by at least 1.5 years

Baikal-S, which has been in development since October 2016 server processor , will see the light no earlier than a year and a half after the deadline for state its creation, it said CNews on November 26, 2019. This follows from the comparison of the data company's contract (Baikal Electronics chip developer Ministry of Industry and Trade) with the statements and statements of its CEO. He Andrei Evdokimov accepted the project in May 2019 from a retired company who, in the Mikhail Mahson status of CEO, led it since November 2016 for 2.5 years.

Under the terms of the said agreement, signed in October 2016, Baikal Electronics was provided with a subsidy of 1.2 billion rubles from the Ministry of Industry and Trade. This money was invested in the project "Development and implementation of a domestic energy-efficient microprocessor for server solutions" (the aforementioned Baikal-S). The total cost of the project is prescribed at the level of 2.49 billion rubles. Thus, 1.29 billion rubles. the developer himself was to invest in it. The end date of the project is November 30, 2019.


Given that according to the schedule approved by the Ministry of Industry and Trade for the implementation of the project, prototypes of the processor were supposed to appear before May 31, 2019, the release of the chip is postponed for at least 18-19 months. Since this is only part of the project, at the remaining stages the schedule for the normal development of events took another six months. Therefore, it is assumed that the execution of the contract as a whole can only end in mid-2021.

Andrei Evdokimov sees several reasons for the delay of the project.