Business Process Modeling is activities for identification and the description of the existing business processes, carrying out the analysis and also design of new business processes. You watch the directory of systems and the Business simulation projects here 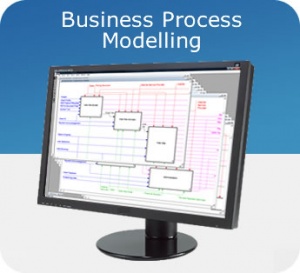 Моделирование business processes - the difficult task also demands from the creator of a set of capabilities: from household logic to ability to solve uncommon problems.

In the course of business simulation there is a transition from a concept of "what" should be done to a concept "as" it is necessary to do. The document giving to development team a clear understanding of limits of the project and also program and the hardware of the customer should be result of modeling. Data retrieveds are reflected in the specification of the project which can include the following sections:

Instruments of business simulation and their evolution

For creation of business models design tools of information systems and description languages corresponding to them are used (the most known among them the UML language — Unified Modeling Language). With the help of such languages the graphic models and charts showing structure of business processes of the organization, the organization of interaction between people and necessary changes for improvement of indicators of the organization in general are under construction. Instruments of business simulation are in process of permanent development. Initially using such tools it was possible to describe only business functions (work) of the company and the movement of data in the course of their accomplishment. At the same time if the same business function was used at accomplishment of different types of works, then it was difficult to understand whether there is in a type the same business function or already another. The lack of an opportunity in an explicit form to define hierarchy of business processes (for example, "a value creation chain", "business process", "subprocess", "work", "function") created problems when using such descriptions. Descriptions represented just a set of pictures. Later the funds allowing to describe the organization not only from business functions but also from other parties began to appear. So, there was a possibility of creation of the separate charts reflecting an organization structure of the company, data streams in the organizations, the sequence of accomplishment of the business functions making uniform business process with a possibility of use of characters of logic, etc. More and more charts for the description of different aspects of organization activity because of what creation of model more and more became complicated began to appear from behind continuously increasing requirements to instruments of business simulation. With respect thereto the next important stage of development of means of business simulation is connected with the idea of use of a uniform repository (storage) of objects and the idea of possible reuse of objects on different charts. What tool would not be selected, ensuring interaction of local information systems among themselves is required. Today the most modern and at the same time commonly accepted standard for the organization of business process management is BPEL (Business Process Execution Language). Based on this product it is possible to create a single integration platform for all used applications. After modeling of processes in one of modeling tools special translators are used to lead model to the BPEL standard.

Examples of business simulation and its results

Creation, implementation and support of a business model — the expensive investment project. And as the analysis of expediency and a possibility of its implementation should precede any project, creation of a business model. In large projects powerful tools of business simulation with well developed functionality are required: with information storage opportunities in a uniform repository, collective work on the project of modeling and check of the created model on integrity, semi-automatic generation of charts, integration with other software, the analysis and documentation of model — whereas in small projects for reasons of cost it would be more reasonable to use less functional tools. For the analysis of a deyatelnost, development of the existing structure it is necessary to construct an adequate business model originally. So originally the theory, and after — its implementation.

Today there is a large number of software products which are intended for the description of architecture of the organization. According to reports of Gartner analytical company, it is possible to carry the following companies to leaders of this segment: Casewise, IDS Scheer, Telelogic, Troux Technologes, Proforma, Mega and Sybase. It should be noted that even such giants as IBM and Oracle did not stand aside and drew close attention to market attractiveness of the systems of business simulation and proposed own functional solutions. It is possible to give Oracle Workflow as an example. This technology is used for automation of layer of works of the organization and contains specific means of the description and formalization of processes.