The electronic citizen has the right to use digital public services of the country and the European Union and also – all services of the private sector which already exist or will appear soon (confirmation of authenticity, banking activities, accounting, corporate service, capital investment, etc.). The electronic card does not mean obtaining the Estonian citizenship, it is also not the basis for a visa-free travel to Estonia and the countries of the Schengen agreement. The idea of electronic nationality is aimed only at the development of entrepreneurial capacity of the country and attraction of the foreign capital. You See Also:

Electronic citizenship of Estonia: what is it?

Estonia is the first country in the world which approached creation of "electronic society". The state spends 1% of GDP for development of online infrastructure annually regardless of an internal political situation. Gradual development since 1990 led to introduction of an internet voting in 2005 and cards of the electronic citizen since December 1, 2014.

First, this digital identity certificate which reflects data of biometric measurements (fingerprints, scanning of a retina) without photo of the owner. Secondly, it is the plastic card with the microchip provided with the best protection on the international standards. Thirdly, it is online access to the state services of Estonia.

Who and as can obtain electronic citizenship

The digital identity certificate can be provided to any individual interested in use of services of the country. The applicant needs to submit the application, to pay €50 and to visit Estonia to remove biometric indicators. The authorities promise that by 2015 these procedures can be made in the Estonian Embassies worldwide.

More the following groups of persons hope to attract the Estonian authorities:

The authorities see a possibility of involvement of the entrepreneurs needing bank accounts of the European Union in a new initiative. In turn, these businessmen can become clients of the Estonian companies and bring more money in national economy. Entrepreneurs who will be tempted by a possibility of opening of the bank account and company registration in the eurozone in only one day should be much. Besides, politicians are going to exempt the companies of virtual residents from payment of taxes on condition of reinvestment of the earned means in national economy.

2019: Hackers for the first time could forge the electronic passport

In Estonia hackers could forge the electronic identity certificate, reports the Postimees resource. The edition writes that it is the first case of this sort[2].

In February, 2019 malefactors began to send to residents of Estonia Sms, being covered with a name of one of the Estonian banks. In the message citizens were offered to update their personal data, having followed the link. The link directed several dozens of users to the page which resembled the real website of this bank superficially.

On the harmful website it was required to undergo authorization for what users had to enter two codes of the mobile electronic identity certificate (Mobiil-ID). These codes were necessary for criminals to create new accounts in the Smart-ID application, forging thus the identity of citizens.

The Smart-ID application allows to use different services and services, including to manage bank accounts. In total it has more than 2.2 million users, including 433 thousand — in Estonia. Swindlers managed to cause to users of the application only minor damage — in the amount of 1 thousand euros.

On October 18, 2018 Bill Gates obtained electronic "citizenship" of Estonia. The cofounder of Microsoft visited the country to discuss a possibility of assistance to the African countries with the authorities.

The digital identity certificate of the electronic resident of Estonia to Bill Gates was personally handed by the prime minister of the country Ury Ratas. It is reported on the website of office of the government. 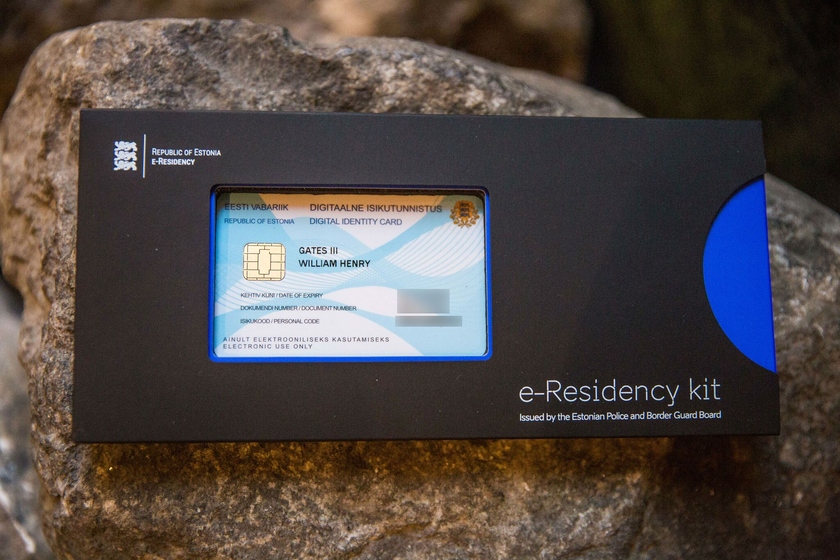 The certificate of the electronic resident issued to Bill Gates

During the conversation with Gates Ratas noted that development of digital information technologies is the compulsory provision and  sign of the successful and  modern states.

The status of the electronic resident of Estonia gives to its owner secure access to electronic state services. In particular, he allows to sign documents with the digital signature, to establish in Estonia the company on the Internet in one day, to participate far off in their management without appointment of the country as the director of the citizen and also to conduct the simplified document flow and to declare the taxes paid in the country.

At the same time digital residence does not grant to the person the right to residence in Estonia, to drive to the European Union without visa and does not allow to be the tax resident. The program was let in 2014 for attraction into the country of investments and foreign business.

From the moment of certification of the electronic resident of Estonia in 2014 till October of the 2018th such documents received 46 thousand people. In 2018 most of all they were issued to residents of Japan, China and Russia.[3]

In addition to Bill Gates, the virtual citizenship of Estonia, for example, is available for German Chancellor Angela Merkel, the prime minister of Japan Shinzo Abe, the prime minister of Luxembourg Xavier Bettel, the mayor Seol Pak Vonsun, the anchorman of The Daily Show Trevor Noya, the British journalist Edward Lucas and for the Pope Francis. By 2025 Estonia  hopes to receive  10 million "virtual citizens".

2017: Intermediate results of the project and plans

In March, 2017 the program manager of electronic residence in Estonia Kaspar Korjus told about the current project deliverables and measures which should help with implementation of the plan for increase up to 10 million number of the issued electronic cards.

According to Koryyus, in two years after a project startup nearly 17 thousand requests for obtaining the status of electronic residents which in total brought about 4.3 million euros in the budget of Estonia were registered. Each euro invested in the program paid off by 43 times, he noted. 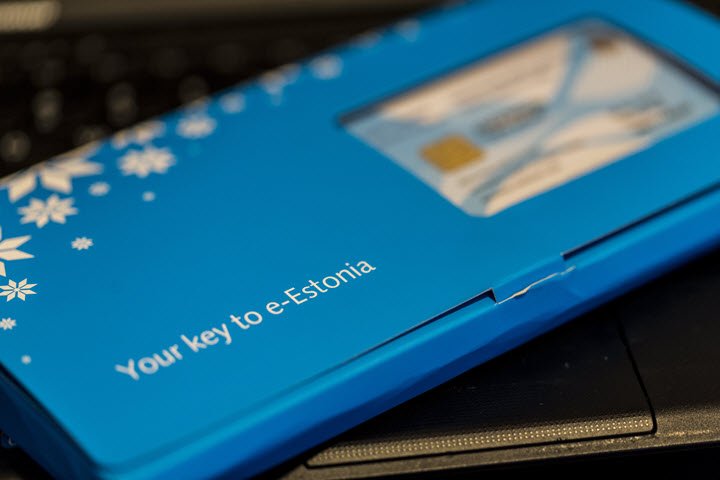 Card of the electronic resident of Estonia

Appearance of new electronic residents in Estonia is promoted by the measures undertaken by local authorities. So, the parliament approved the law allowing remotely (by video conference) to open accounts in banks. By March, 2017 some credit institutions already test such function.

A number of local firms began to use electronic residence as business. In February, 2017 the service provider for electronic residents (providing virtual office, a legal address, etc.) 1Office started the new online portal allowing clients to create the company directly on the website.


He also noted that some companies urge on the clients to formation by electronic residents as the program supported by the government is "incredibly effective solution for laws on identification of clients and anti-money laundering".

There is still a set of opportunities for use of electronic residence in a blockchain - and financial services. For example, the new projects developed in the industry of financial technologies are capable to transform electronic cross-border banking activities and to increase number of electronic residents. It is expected that their quantity will reach 10 million by 2025 whereas the population in Estonia by 2017 totals 1.3 million people.[4]

According to the plan (May, 2014) provided by the deputy secretary general for communications and the state information systems of Taavi Kotka, heads of the Estonian ministry of affairs of migration and boundary policy of the Rue Annus and the adviser of the government on Siim Sikkut's IT policy, by 2025 10 million people will be able to receive cards of electronic residents of Estonia. For comparison, for 2014 the population of the country makes less than 1.4 million people. Here is how Kotka comments on plans of the leadership of Estonia:

Ten million electronic residents are a big purpose which shows our ambitions. We want to create infrastructure and to allow the companies, both Estonian, and foreign, to use this infrastructure to expand borders of our country. Now in Estonia there are 80,000 companies if we manage to double this number using electronic nationality — it will be excellent result.

Also reported an anus that despite all chance which the electronic nationality gives it does not mean any special legal rights. In terms of other laws of the country the owner of the card of the electronic resident will remain the foreigner.

Kotka noted that new opportunities which the owner of virtual nationality has are privilege, but not the right. With respect thereto, if the business transactions made by the card holder of the resident break regulations and rules of the state, this privilege can be withdrawn.

Since December 1, 2014 service was put into operation. In general, it is difficult to revaluate uniqueness of an innovation, Estonia became the first country in the world which turned into reality the idea about electronic nationality. Initiators of the project are sure that behind it the future, and other countries will gradually come to it. By estimates of December, 2014 as the main obstacles can serve the population small-scale integration level in Internet space and risk of insufficient security of future users in development of the project.