Top managers:
Scott Shleifer
An investment fund with an extensive portfolio of investments in the IT and Internet industries.

Tiger Global Management has shares in:

Loss of $17 billion due to failed investment in IT companies

In early May 2022, it became known that the hedge fund Tiger Global lost about two-thirds of the total income that it brought to investors since its founding in 2001. 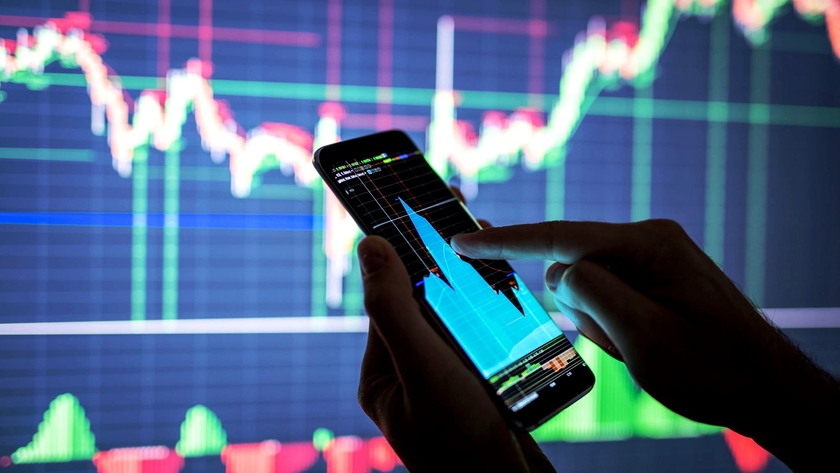 Tiger Global's main investments at the end of 2021 were JD.com, Microsoft, Sea, Nu Holdings and Snowflake, according to Securities and Exchange Commission data released in May 2022. All these shares fell by at least 21%, and the quotes of the Singaporean technology company Sea sank by 71% from the beginning of 2022 to the beginning of May 2022.

Among the latest investments of the fund is the software development company based on artificial intelligence HighRadius, whose round of $300 million Tiger led with D1 Capital, and the medical service Cityblock Health, which raised $192 million in round C. The fund is also negotiating to lead the round of chipmaker Groq for $300 million. Until 2020, the hedge fund adhered to this tactic and earned a name, authority and experience. Shares of Peloton, Stripe, Spotify, Warby Parker, Juul, as well as several Indian companies Flipkart, Ola, Myntra, Quikr were bought. In 2021, Tiger Global organized many major rounds of financing, and the fund company participated in a number of them, often as one of the leaders of the round.

In 2022, market-leading stocks of technology companies suffered, as investors fear that rising interest rates will affect their future profits. The market is also affected by large tensions in geopolitics due to Russia's military special operation in Ukraine.[1]

Digital Horizon on January 14, 2022 announced that it had invested in Refyne, a company offering advance payments of part of its wages, in a $82 million round led by Tiger Global. More details here.

In early January 2022, an online bank for freelancers Qonto raised about 486 million euros in the Series D financing round. The valuation startup of this investment transaction increased to 4.4 billion euros. The latest investment round was led by Tiger Global and. The TCV round was also attended by some new investors such as Alkeon, Eurazeo,,, KKR Insight Partners Exor Seeds, Guillaume Pousaz, Gaingels and Ashley Flucas. Existing investors Valar, Alven, DST Global Yuri Milner and also Tencent invested in Qonto. More. here

On November 24, 2021, the Indian sports content platform Dream Sports announced the raising of $840 million from investors at the head of Tiger Global and DST SoundYuri Milner. According to the results of the financing round, the startup was estimated at $8 billion. More details here.

On October 27, 2021, it became known that the Zambian startup Union54 attracted $3 million in investments from venture funds Tiger Global, Runa Capital, Ace and Company, Todd & Rahul Angel Fund and Vibe VC. The detailed parameters of the transaction are not disclosed, including the estimated value of Union54. More details here.

Investing in a social network for traders TradingView

In mid-October 2021, the company TradingView raised $298 million with a valuation of $3 billion in a round of financing led by Tiger Global Management, which was facilitated by the growing interest of retail investors in participation. More details here.

Investing in the cryptocurrency company Matrixport

On August 2, 2021 startup Matrixport , in the field of crypto banking and financial services, allocated from Bitmain Technologies, announced the attraction of financing in the amount of $100 million with an estimate of more than $1 billion. The main investors were funds C Ventures and K3 Ventures. More. here

Investing in the fintech startup Revolut

In mid-July 2021, the British fintech company Revolut raised $800 million in a new round of financing led by SoftBank and Tiger Global. According to the results of the round, Revolut's valuation reached $33 billion, which is six times more than $5.5 billion in 2020. More details here.

At the end of April 2021, fintechstartup Brex he raised $425 million as part of the Series D financing round, which was led by the venture capital company Tiger Global. The capitalization of the startup increased to $7.4 billion. here More.

In mid-April 2021, Clubhouse announced the closure of a new Series C funding round, led by Andrew Chen of the Andreessen Horowitz Foundation. Tiger Global, entrepreneur Elad Gil, as well as the Yuri MilneradST Global Fund, also invested in the startup. More details here.

In mid-April 2021 Indianstartup Cred , he announced the raising of $215 million as part of a new round of financing for series D, as a result of which its value reached $2.2 billion. The previous round, which ended in January 2021, brought Cred $81 million in investments and an estimate of about $800 million. Tiger Global invested in it. More. here

At the end of March 2021, Weee's fresh Asian food delivery service ! raised $315 million during a series of investments led by the Yuri MilneradST Global Fund. Among the new investors are funds managed by Blackstone, Arena Holdings and Tiger Global. More details here.

In early March 2021, the African fintech-startup Flutterwave announced the attraction of $170 million in investments as part of the round of series C. The cost of the startup exceeded $1 billion, which allowed him to join the ranks of unicorns. Tiger Global invested in it. here More.

At the end of February 2021, Infra.Market raised $100 million in the Series C round, which was headed by Tiger Global. The startup plans to spend the funds raised to expand its technology offerings, develop new markets and promote initiatives such as the development of a brand and its own brand, direct sales and export. More details here.

In mid-February 2021 Branded Group , it announced the attraction of $150 million in investments. Branded's main funding comes from, Target Global which is called the "co-founder," startup along with two other co-founders Pierre Poignant and Michael Ronen, as well as from Tiger Global. More. here

In early February 2021, UiPath announced the attraction of $750 million in investments as part of the Series F round, according to which the world's largest manufacturers of RPA solutions were valued at $35 billion, which is more than three times the estimate of six months ago. Previously, UiPath received a total of $1.2 billion from investors, including Accel, Alphabet Inc. "s CapitalG, Kleiner Perkins и Meritech Capital Partners (данные PitchBook). More details here.

At the end of January 2021, the Helsinki company Wolt raised $530 million. The investment round was led by the Iconiq Growth Fund with the participation of Tiger Global, KKR, Prosus, EQT Partners, Coatue, as well as the Yuri MilneradST Global Fund. The latest round also included current investors 83North, Highland Europe, Goldman Sachs Growth Equity, EQT Ventures and Vintage Investment Partners, which previously invested about $302 million in Wolt. More details here.

January 12, 2021 Checkout.com announced the attraction of investments in the amount of $450 million and the receipt of a company estimate of $15 billion. The lead investor in the round of financing was Tiger Global Management. Also involved in the deal was the fund DST Global of the Russian billionaire, Yuri Milner who had previously invested in -. Britishfintechstartup More. here

Investing in a cloud developer for Mambu MFIs

In early January 2021, Mambu announced the closure of the financing round, as a result of which it was able to attract 110 million euros, and the estimated cost of the startup was 1.7 billion euros. Among the investors is the Runa Capital fund, which was previously invested in a German company. More details here.

On December 10, 2020, it became known Indian startup Infra.Market that it announced the raising of $20 million during round B from funds, Sistema Asia Fund Evolvence India Fund and Foundamental Gmbh. In addition, current project investors, including Accel, Tiger Global and, also took part in the round. NeXus More. here

Leading the round of investments in Relativity Space

The manufacturer of rockets Relativity Space, the closest competitor to SpaceXilon Mask, ends the next round of attracting investments, after which it will become one of the world's most expensive private space companies with a capitalization of $2.3 billion. This became known on November 17, 2020. Under the leadership of the hedge fund Tiger Global Management, whose assets are estimated at more than $40 billion, the company raised about $500 million. More details here.

On July 13, 2020, UiPath announced the closure of the Series E investment round, following which the leader of the RPA solutions market raised $225 million and was valued at more than $10 billion. More details here.

2019: Investing in the developer of the Root Insurance smart car insurance system

In August 2019, Tiger Global Management Fund became one of the leading investors in the E Series round of the American startup Root Insurance. The deal has not yet been closed, but it is assumed that according to its results, the value of a company engaged in smart insurance technologies can reach $3.65 billion. More details here.

In July 2010, it became known that Tiger Global Management acquired a 40% stake in the airline ticket seller Anywayanyday.com. According to Vedomosti, the cost of the stake was about $10 million.

Finam President Vlad Kochetkov, regarding the company's price, expressed the following consideration: "Depending on the size of the airline commission, the cost of AWAD can be 2.5-3 commission income per year. For Western analogues, this multiplier is 1.8-2.2 in sales revenue, but the potential of the Russian market should imply a certain premium. "

Tiger Global Management has experience in investing in projects related to the online sale of tourism services in Asia, Europe and South America.