Application programming interface (Application Programming Interface, API [eypiay]; in Russian say [ap]) more often — a set of methods (functions) which the programmer can use for access to functionality of a program component (programs, the module, library). API is the important abstraction describing functionality "in pure form", irrespectively how this functionality is implemented.

API as integration tool of applications

API defines functionality which is provided by the program (the module, library), at this API allows to abstract from that, how exactly this functionality is implemented.

If the program (the module, library) to consider as a black box, then the set of "handles" which are available to the user of this box which it can twirl and pull is API.

By such principle data transfer protocols are constructed on Internet. Standard Internet protocol (network model of OSI) contains 7 levels (from the physical layer of transfer of packets of bits to the level of protocols of the applications similar to protocols HTTP and IMAP). Each level uses functionality of the previous transmission level of data and, in turn, provides necessary functionality to the following level.

It is important to notice that the concept of the protocol is faithful to the concept API. Both is abstraction of functionality, only in the first case it is about data transmission, and in the second — about creation of computer applications.

API libraries of functions and classes are included by the description of signatures and semantics of functions.

Implementation of the concept of Open API helps to transform business, to build in it a flexible project ecosystem of players of the market, to create conditions for permanent generation of the new ideas and formation of additional value at management of arrays of corporate data.

The market of integration solutions develops in the context of evolution of API - EDI SOAP completely Web 2.0 with which the era of public API began. The number of such interfaces in the next 3 years can grow more than in the 50th time and reach 1 million. It is connected with a multikanalnost: channels of customer interaction should change together with them. Continuous growth of number of consumers and amount of data led to emergence of economy of API helping to create the innovation business models of use of corporate assets and services on the basis of open interfaces.

Function signature — the part of the general function declaration allowing means of broadcasting to identify function among others. In different programming languages there are different ideas of a function signature what is also closely connected with function overloading opportunities in these languages.

For example, in the Si programming language ++ simple function is unambiguously identified by the compiler on her name and the sequence of types of her arguments that makes a function signature in this language. If function is method of some class, then the class name also will participate in a signature.

In the Java programming language the method signature is made by his name and the sequence of types of parameters; the value type does not participate in a signature.

API of operating systems. The problems connected with variety of API

In the software industry the general standard API for standard functionality have an important role as they guarantee that all programs using the general API will work equally well or, on extremely measure, a typical usual image. In case of API of graphical interfaces it means that programs will have the similar user interface that facilitates process of mastering of new software products.

It is also necessary to note what often is at the disposal of the programmer several different API allowing to achieve the same result. At the same time each API is usually implemented using API program a component of lower level of abstraction.

For example: to see in the browser a line "Hello, world!" it is only enough to create HTML document with the minimum heading, and the simplest body containing this line. What will occur when the browser opens this document? The program browser will transfer the file name (or already open file descriptor) to the library processing HTML documents, that, in turn, through API of the operating system will read this file, and will understand its device, povyzyvat through API libraries of standard graphic primitives of transaction like "clean a window", "write the selected font Hello, world!", at these transactions the library of graphic primitives will make to library of a window interface the corresponding inquiries, already this library will make to API of the operating system type inquiries "and put to me in the video card buffer this".

At the same time practically on each of levels really there are several possible alternative API. For example: we could write the initial document not in HTML, and on LaTeX, for display could use any browser. Different browsers, generally speaking, use different HTML-libraries, and, besides, all this can be collected (generally speaking) using different libraries of primitives and on different operating systems.

The main difficulties of the existing multi-layer systems of API, thus, are:

The most known API

API of the authentication systems

Principle and use of API Economy 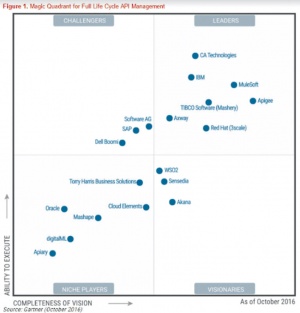 API are a link which does by reality cloud computing. API are a basic layer for digital transformation. And API saved billions of dollars of costs for integration and human resources. API define how software interacts and as there is a data exchange. In many respects API move the world of technologies.

But API also create problems. First, there is a spontaneous reproduction of API as each company creates them just to look fashionable (API for self-advertisement?). Further, there is a quality problem. Not any company well supports the API. Naturally, is available decently the vendors aiming to help you to manage all these API (look at a magic quadrant of Gartner).

What to be guided in practice by? [1] in several research zameta of Gartner the following hints[2] are given[3]. 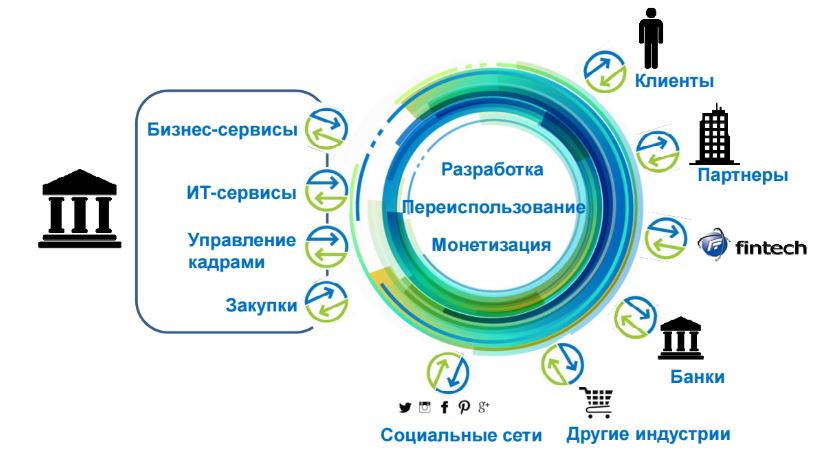 Use of API opens new opportunities of interaction with an ecosystem 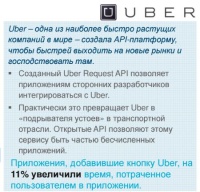 API allow the organizations to create the personalized user interaction

Expectations and behavior of buyers change[4][5] 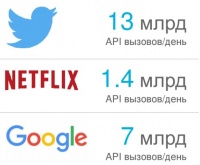 the Research of TAdviser together with PJSC VTB Bank with participation Skolkovo: In the banking sector of Russia API transformation begins

Poll of 25 banks entering TOP 100 of the largest financial institutions of the Russian market showed that 75% from them already began or are going to use open API. More than 70% of banks expect from the regulator of development of standards and recommendations in this area. Development of API is interfered by the risks of leakage of confidential data and concerns connected with unauthorized use of open information. The Russian IT companies have necessary competences and are ready to help banks to carry out API transformation.

On August 21, 2019 it became known that the Bank of Russia acted as the coordinator of a pilot project in the field of open API (program interfaces of applications) for integration of services of banks within the Eurasian Economic Union (EEU). At the time of production of material of the Central Bank together with the central banks of the countries the EEU carries out work on training of the pilot for implementation. About it Kommersant was told by the bankers who received the offer of the Central Bank. In total the letter of the regulator was received by about 20 credit institutions which should give the answer about readiness for participation till August 23. Read more here.

The industry of securities is ready to API

On August 2, 2019 it became known that joint survey SWIFT and BCG revealed growth of use API against the background of aspiration of the companies to increase in efficiency and service offering.

Services industry of security market is close to a turning point in implementation of program interfaces of applications (API) in the conditions of aspiration of firms to increase in efficiency and implementation of modern business models.

According to poll of BCG, only during 2018 the awareness on API among asset managers increased by 26% (from 46% to 72%). The growing commercial interest stimulates pilot schemes and scenarios of application, especially between management companies and their custodians.

API are capable to help the industry of securities to cope with numerous and various asset types, difficult information exchange and the growing pressure of the commissions. Four areas in which API can bring benefit to all industry are given in the report:

In the industry of securities implementation of API happens more slowly, than in other spheres of financial services partially due to the lack of a regulatory framework and the insufficient sequence in readiness of players of the market to accept API. Asset management companies significantly differ on the technical equipment and openness for interaction with providers through API. About 56% of respondents in poll of BCG consider the level of implementation of API in post-trading "experimental" while only 21% say that it "high" or "average".


Four reasons for which the industry should implement API are given in the report:

On July 10, 2019 it became known that against the background of rapid approach of the date of entry into force of the normative technical standards (Regulatory Technical Standards, RTS) which are the cornerstone of Directive PSD2, representatives of the Swedish open bank Tink platform say that the European credit institutes did not manage to provide to third-party suppliers the technology environment necessary for access to payment data as that is required by the appeared law. Read more here.