On May 11, 2022, the company Vkontakte"" announced the launch of a separate applications one for mobile devices iOS and. Android 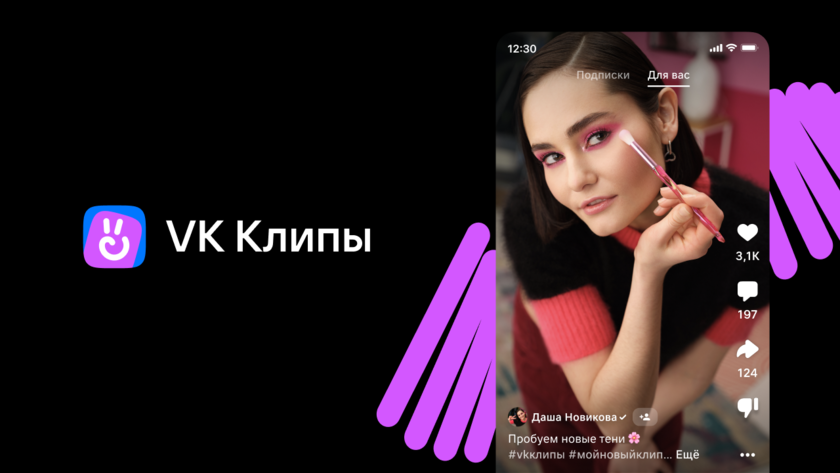 The application focuses on short vertical format content and quick access to shooting, editing and viewing clips. Features available only in this application are presented. Due to technologies and optimization of the internal architecture of VK, clips began to work faster, especially while working with the camera and processing video.

Developers paid attention to the capabilities of content creation and the needs of authors. Among the additions are the extended functions of editing video fragments: resetting and recording, separation and combining, changing the order of fragments, changing the duration, color filters, reverse and duplication. The maximum timing of clips has been updated: application users can shoot and download videos with a duration of up to three minutes - instead of 60 seconds.

There was a download of clips in high resolution Full HD and video support in 60 FPS - thanks to this, the content has become visually better, and the authors can experiment with various formats and create short vertical videos. 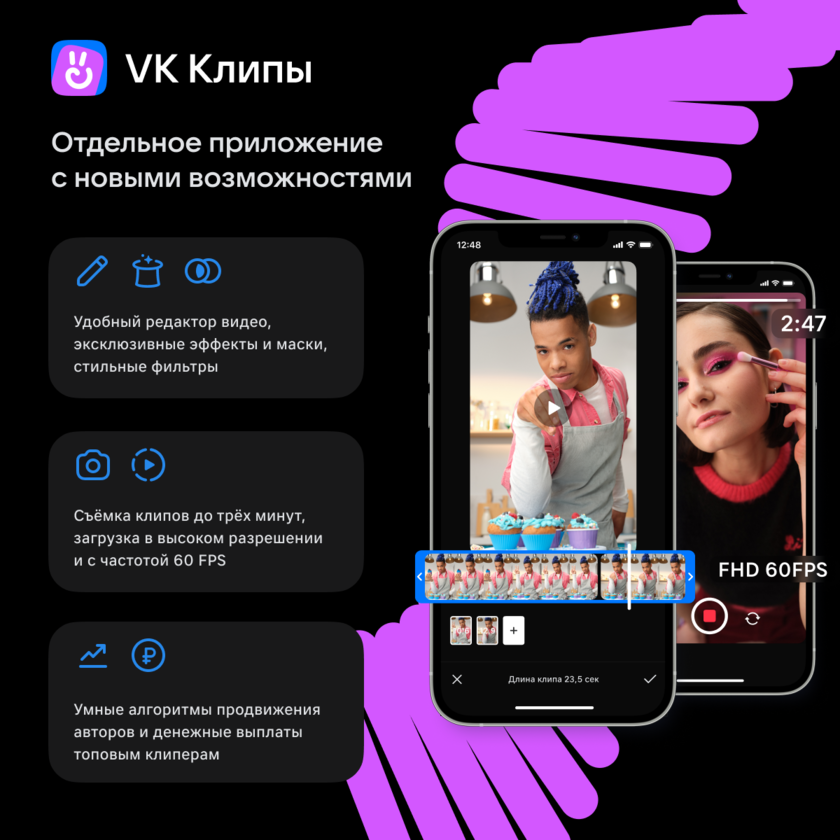 To log in and register with VK Clips, VK ID is used - a single account for all projects of the VK ecosystem. Thanks to this, all clips published by the user inside VKontakte are also available in a separate service application - and vice versa. In addition, it became possible to use some of the functions of VK Clips in a separate application even without authorization or registration: for example, to watch clips, read comments, go to profiles of authors and by hashtags and selections, as well as look for content for inspiration.

For the launch of the application, the Clips team prepared masks, effects and filters. Among them is the effect "On the connection," with the help of which everyone will be able to shoot a sketch about the call from Klava Koki, Ilya Sobolev, Sergey Zhukov and other celebrities - for this the stars recorded special videos.

VK Clips has also been updated: the name, icon, logo and corporate identity follow the rules of a single VK brand, which was launched in October 2021.

On March 11, 2022, the VKontakte social network announced that its platform of short vertical videos supports content creators and launches a grant program. A rating of clippers will appear on the site, which will be formed by the number of views. According to the results of the campaign, the authors will receive payments from the total budget of 100 million rubles. VKontakte clips launch a support program in response to a significant increase in the authors' interest in the platform. 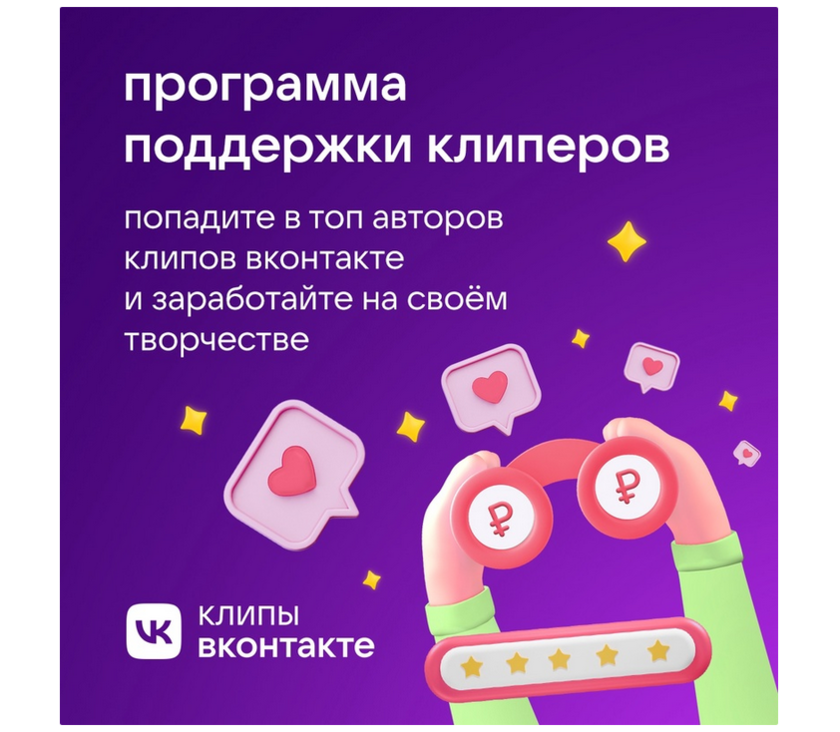 The program started on March 11 and will last two months. All users of Clips will be able to take part in it. To do this, it is enough to fill out a short questionnaire and shoot a clip card about yourself and your work. After processing the application, you can simply publish the usual content of the vertical format: all downloaded videos will be counted.

The campaign will take place in two stages. At the end of each month, the platform team will summarize and generate a rating of clippers by the total number of views. In the future, the top of the authors can be monitored on the Trends tab in VKontakte Clips.

Only original vertical videos of good quality that have not previously been published on other sites and do not violate copyright are taken into account. The "Clips" team will track the twists and promotion of videos using advertising - only organic views are counted. Authors who are in the top will receive payments depending on the position in the ranking. The program applies to both new authors and those who have already uploaded clips before.


According to information VKontakte, she registered a double increase in views and downloads of videos in Clips. This was due to the registration of authors from other platforms and the growth of clipper activity, which has long been present on the site. On March 8, the social network reached 1.75 billion video views and 600 million clip views per day. Separately, an increase in activity is noted in stars, state figures and. media