UTair is the core of the UTair Group, which includes companies operating aircraft (airplanes and helicopters), as well as aircraft repair and maintenance companies, training personnel, flight services and air transportation sales. 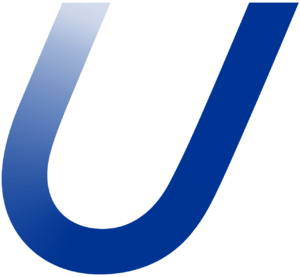 For 2019, Utair is the sixth largest passenger turnover airline in Russia.

UTair has a modern fleet of more than 60 aircraft. The main hub of the airline is Moscow Vnukovo International Airport, through which more than 160 flights of the airline pass daily. The headquarters is located in. Surgut UTair has been included in the register of IOSA operators since 2008. A controlling stake in Utair is held by the non-state pension fund. "Surgutneftegas

UTair's revenue for 2021 rose 37% compared to 2020 and reached 76.75 billion rubles. Such data in accordance with international financial reporting standards were released in May 2022.

According to the results of 2021, the net profit of the air carrier turned out to be 26.83 billion rubles, which is 8.6 times higher than the profit of a year ago. 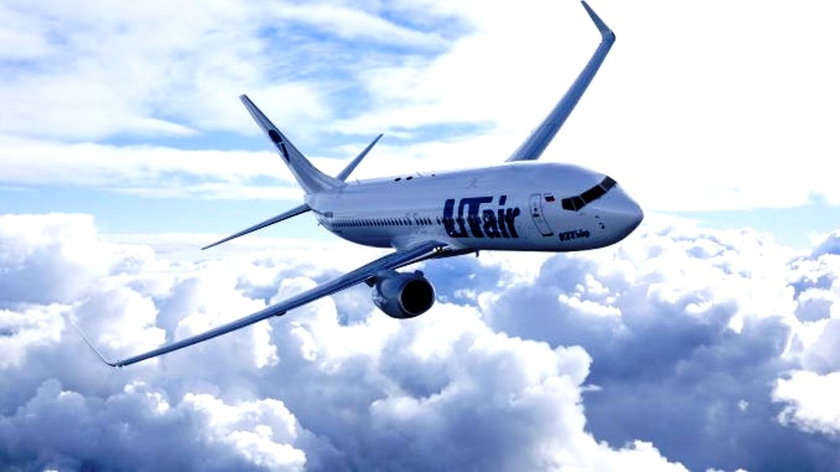 UTair's revenue for the year rose 37%

JSC "UTair - Helicopter Services" together with other helicopter operators of the group transported 529.3 thousand passengers (+ 7% by 2020), the production flight amounted to 126.5 thousand hours (+ 7%).

Summing up the results of 2021, the UTair press service noted that the group had completed work with creditors on a comprehensive restructuring of debt obligations, and also converted part of the debt into capital, for which an additional issue of ordinary shares was carried out.

{{quote 'Comprehensive restructuring allowed to reduce the group's debt load, improve performance. In the current, not simple conditions for the entire transport industry of Russia, the group will continue its course towards optimizing costs, increasing load and sales, "said Igor Petrov, chief financial officer of UTair, whose words are quoted by the company's press service. }}[1]

The company defaulted on loans in 2018. So, in December, the company was unable to pay the syndicate of banks and Sberbank about 3 billion rubles. Aviators explained their insolvency by rising prices for jet fuel and a loss of 1.5 billion rubles. profit due to a shortage of pilots.

At the end of August 2020, the database of 530 thousand UTair customers was in the public domain. The company itself confirmed the leak, but assured that the hackers who staged a large-scale attack on the air carrier's servers could not get access to passenger bank cards and accounts in the loyalty program.

As  the Telegram channel "Leaks of Information," which is run by the DLBI company specializing in vulnerabilities, the UTair customer data such as last name, first name, patronymic in Russian and Latin, document series and number, address, date of birth, gender, phone, email address and data from the loyalty program appeared in the public domain on the English-language forum. In 2019, the same base was sold at one of the shadow forums for 30  thousand rubles when purchased entirely or at a price of 1-2  rubles. for recording when sold "in small retail," says the Telegram channel. 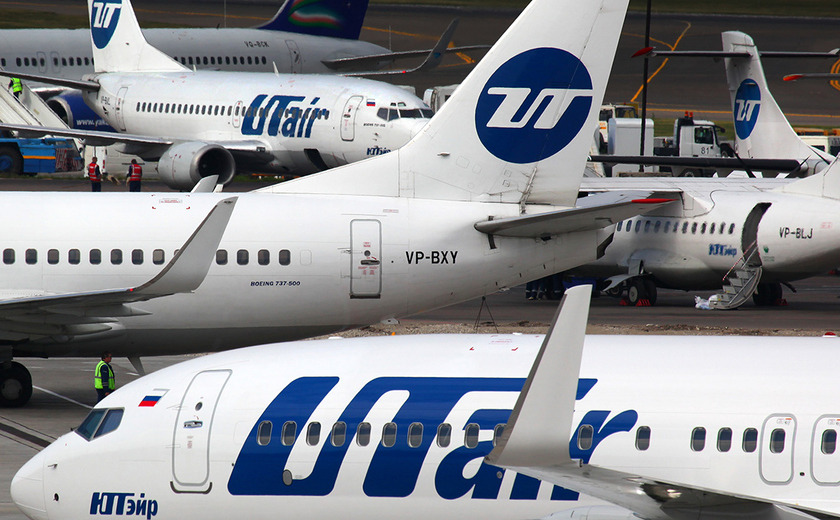 They also noted that Utair  stores bank card data separately for security and uses two-factor authentication, so nothing threatens passenger accounts in the airline's loyalty program.[2]

The founder of the DLBI leak intelligence service, Ashot Ohanesyan, in a conversation with RIA Novosti, said that the MongoDB server owned by Utair Digital  (Utair IT division) was  in the public domain from January  21 to  March 20, 2019  and was closed after warnings  from DLBI experts.[3]

In September 2019, one of the 11 members of the syndicate of airline creditors MTS-Bank announced his intention to initiate the bankruptcy proceedings of Utair, follows from the Fedresurs portal. In July, another lender, Rus Bank, already made a similar statement.

As a source close to the airline told RBC, the intention to file a lawsuit is due to the non-payment of interest on the loan. "But this is a very small amount that the company can repay at any time, so there is no risk of bankruptcy," the source said.

Bank "Rus" planned to file a lawsuit also for non-payment of interest.

Under a seven-year loan for 15.4 billion rubles. in December 2018, and then in June 2019, the carrier defaulted. The airline also defaulted on a separate loan from Sberbank. All this time, Utair is negotiating debt restructuring.

Until the end of 2019, funds in the amount of 100 million rubles were reserved in the republican budget of Bashkiria for subsidizing Utair Airlines. Nevertheless, the State Committee for Transport of Bashkiria is confident that this amount will not be enough. So, Interfax, citing the head of the committee Timur Mukhametyanov, writes that the issue of allocating another 80 million rubles is being discussed.

As of August 2019, the financial condition of the airline is estimated ambiguously. So in February, MTS-Bank appealed to the court with a request to pay interest on the loan, the amount of claims is 8.69 million rubles. In July, NICO-Bank joined it with claims for a much more serious amount - 89.25 million rubles, and at the end of the month it became known about the filing of a lawsuit by Rossiya Bank for 155.35 million rubles. In August, the Orenburg mortgage bank Rus filed for bankruptcy of the company. The amount of bank claims amounted to more than 4.9 million rubles.

In July 2019, a Russian airline helicopter was damaged in a terrorist attack in Mali, an informed source told Interfax.

"Terrorists attacked Gao Airport, where the Utair Mi-8, chartered under contract with the UN, was located on the site. The helicopter was damaged, they will be eliminated by the airline, "the source said. The crew managed to take refuge in a safe place and was not injured.

In July 2019, Utair faced unexpected difficulties in restructuring its debts. The total debt of the airline to banks reaches 60 billion rubles.

The largest of the airline's creditors, Sberbank, expressed dissatisfaction with the restructuring plan. Previously, the state bank supported Utair's proposals and was the only one of the syndicate of creditors who agreed to transfer interest payments on loans. On the eve of the summer, the head of Sberbank German Gref promised to support the financial recovery of the company, but later the position of the state bank changed dramatically.

Probably the dynamics of the financial situation of the airline, and in the aviation industry as a whole, forces the lender to demand large guarantees of the return of its funds. At this time, the airline has two seven-year loans - for 15.4 billion rubles. from a syndicate of 11 banks and for 17.4 billion rubles. from Sberbank. As well as a 12-year loan for 23.7 billion rubles from the syndicate, which includes Sberbank. The airline proposed to extend payments on a significant part of the debts for 35 years at a symbolic 0.01%. For the rest, the payment period should be extended to 10-15 years under the market rate (about 8% per annum). But Utair also wanted to divide the payment of interest on these loans into two parts: 4% is paid regularly, and another 4% "be deferred as interest due in the future."

Perhaps this option of repayment is better than Utair's earlier offer to simply write off 31.4 billion rubles. debt. But it is obvious that such an extension option did not suit creditors. It can be assumed that now bankers will tighten rhetoric on the issue of breaking up Utair with their liquid assets, for example, they will require the sale of a 50% stake in the aviation service company UTG.

On the threshold of a new default

As of June 2019, the fifth largest air carrier in Russia is preparing for a new default: the administration of the air carrier notified creditor banks that it would not be able to pay the full amount of interest on its debts.

To service interest on debts, Utair can sell a 50% stake in the UTG aviation service company at the Surgut airport owned by the airline. The company should begin repaying the body of loans in 2020. For their part, creditors are not determined to wait, they force Utair to also think about selling a helicopter company. It is already obvious to everyone that aviators do not plan to return most of the debts.

Probably, only Sberbank has a real chance to fully return its funds. The only loan for which the airline did not ask for debits is Sber's loan. The reasons for this are obvious: it issued a guarantee to the Surgutneftegaz structure, covering both 100% of the loan body and unpaid interest.

In December 2014, Utair defaulted on bonds. The entire debt of the company, taking into account leasing payments, is 170 billion rubles. Utair is in talks with creditors about debt restructuring. Deputy Prime Minister Arkady Dvorkovich at the end of December 2014 promised to support Utair.

For 2011, UTair is one of the three leading passenger carriers in Russia, Eastern Europe, the Baltic countries and the CIS; has the most developed route network. The production program involves more than 140 aircraft, which operate more than 300 passenger flights per day. According to the UTair business plan, in 2011 the airline intended to transport more than 7 million passengers.