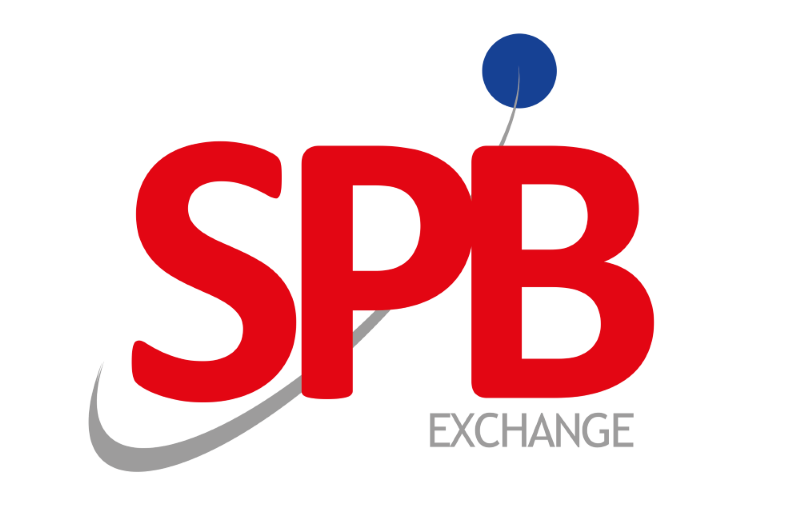 PJSC St. Petersburg Exchange is an exchange platform for organizing trading in securities of international companies in Russia.

St. Petersburg Exchange reported record income for 2021. Net operating profit jumped 2 times to 3.3 billion rubles, but net profit decreased by 85%, since the exchange had to comply with IFRS requirements and reflect the "paper" expense under the option program for employees, although one of its shareholders NP RTS allocated shares. By 2022, the exchange significantly increased its safety margin, increasing capital by more than 5 times to 18 billion rubles. due to real profit and a successful IPO.

Holding an IPO on the Moscow Exchange, estimated at $1.3 billion

Also, SPB Exchange shares are placed on their own platform. The first deal with the company's shares on the SPB Exchange on November 19, 2021 was concluded at a price of $12.01. According to data at 10:10 Moscow time, the value of the company's shares grew by 12.41%. An hour later, the price of one share was already $12.28, and the volume of trading - $15.2 million, follows from these trading. 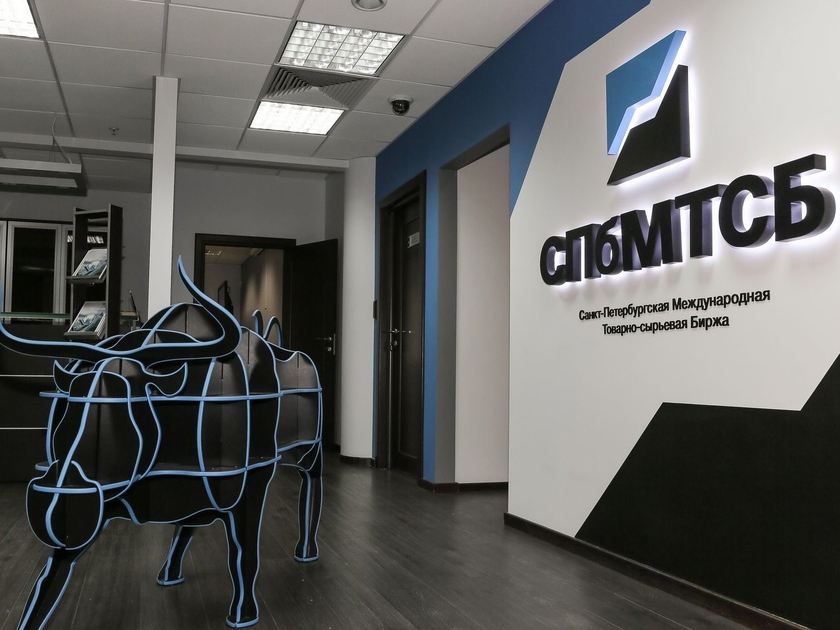 SPB Exchange held an IPO and was valued at $1.3 billion

As part of the IPO, investors were offered up to 15.2 million ordinary shares (about 13.3% of capital). The placement went along the upper limit of the price range. According to the results of the listing, the St. Petersburg Exchange's valuation amounted to $1.3 billion.

According to Vedomosti, the re-listing of the application book during the placement amounted to 500%, and total demand was above $800 million, while the company expected to attract about $150 million.

The exchange plans to use the funds raised from investors to realize corporate goals, including to increase the capital of the key operating subsidiaries Best Efforts Bank and the MFB Clearing Center NCO-Central Committee.

According to Interfax, SPB Exchange also plans to place its shares on the Nasdaq exchange in April 2022.[1]

Roman Goryunov - the new general director of the exchange

On October 6, 2021, the board of directors of St. Petersburg Exchange approved Roman Goryunov as the new general director of the company. He will replace Yevgeny Serdyukov, who will remain on the board of St. Petersburg Exchange and will continue to be responsible for the development of exchange markets as the first deputy head. More details here.

BCS Mir Investments acquired 2.5% of the exchange from NP RTS

In June 2021, BCS Mir Investments acquired 2.5% of the St. Petersburg Exchange from NP RTS, which remains under the control of 25% of the stock exchange.

The Tinkoff Group and the NP RTS Association, the main shareholder of the St. Petersburg Exchange, signed a memorandum of cooperation on June 4 and agreed to sell the shares of the St. Petersburg Exchange to the NP RTS Association in the amount of not more than 7.5% of the authorized capital. This was announced on June 4, 2021 by TAdviser in TCS Group Holding. 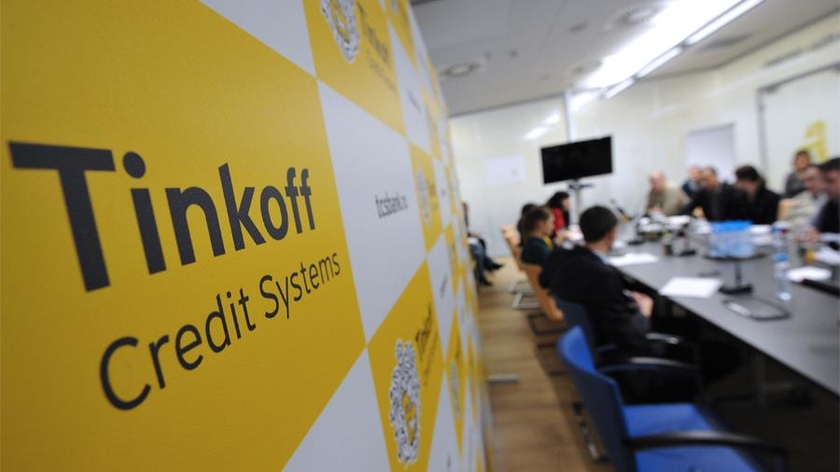 According to the agreements, the parties intend to make joint efforts aimed at expanding the list of financial instruments circulating at organized tenders held by the St. Petersburg Exchange. Tinkoff and the NP RTS Association will work in a coordinated manner to develop an organized market for Russian securities, in particular, the primary, as well as the organized market for derivative financial instruments, including options for securities of international companies.

VTB acquired 5%, Sovcombank increased its stake in the exchange to 18.5%

In April 2021, VTB acquired 5%, Sovcombank increased its stake in the exchange to 18.5% due to the exercise of the option, in March Derzhava Bank sold 5.8% under direct control to its owner Sergey Entz.

In January 2021 in Russia, for the first time in history, the St. Petersburg Exchange had higher volumes than the Moscow Exchange, because on the first you can trade foreign shares. Trading volume for SPB increased in January by 14% to $36.1 billion. The Moscow Exchange, focused on Russian securities, recorded the equivalent of $30.2 billion. 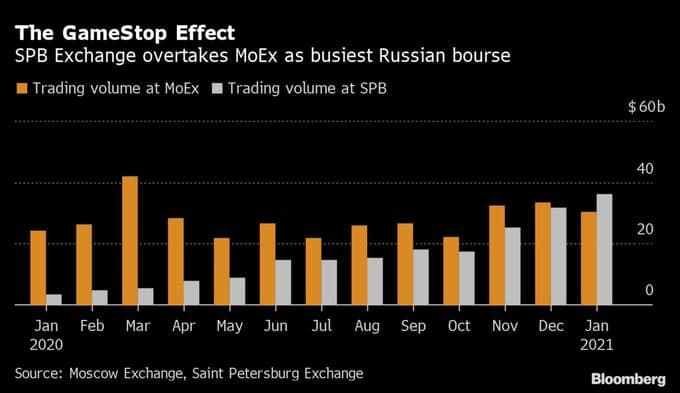 2020: 10-fold increase in trading volume on the stock exchange

The volume of trading in securities of foreign issuers on the St. Petersburg Exchange in 2020 increased 10 times compared to 2019 and reached $167.29 billion. The results of the site were published on its website on January 4, 2021.

The number of active investor accounts on the stock exchange in 2020 increased by 7 times and exceeded 608.77 thousand, and the number of customer accounts with securities positions amounted to 750.31 thousand (an increase of 6.3 times).

This was largely facilitated by trading brokers of the St. Petersburg Exchange, who made a significant contribution to increasing the availability of investments in Russia and created investment services with quality and technology at the level of world standards, the company explained.

Dynamics of trading volume in the Main Trading Mode (T +) by year, $ billion

In 2020, in the main trading mode, investors on the St. Petersburg Exchange entered into 203.01 million transactions. The value volume of the average transaction amounted to $824.02.

The number of securities of international issuers at the St. Petersburg Exchange in 2020 increased by 22% to 1,523 instruments (as of December 31, 2020), including shares, depositary receipts and Eurobonds. Such a diverse list of securities covers all sectors of the world economy and allows an investor to find investment ideas in any market situation, as well as effectively diversify portfolios and manage risks. In particular, on August 21, the St. Petersburg Exchange launched the market for European securities denominated in euros. By the end of 2020, shares of the 10 largest issuers from Germany were available at the auction. 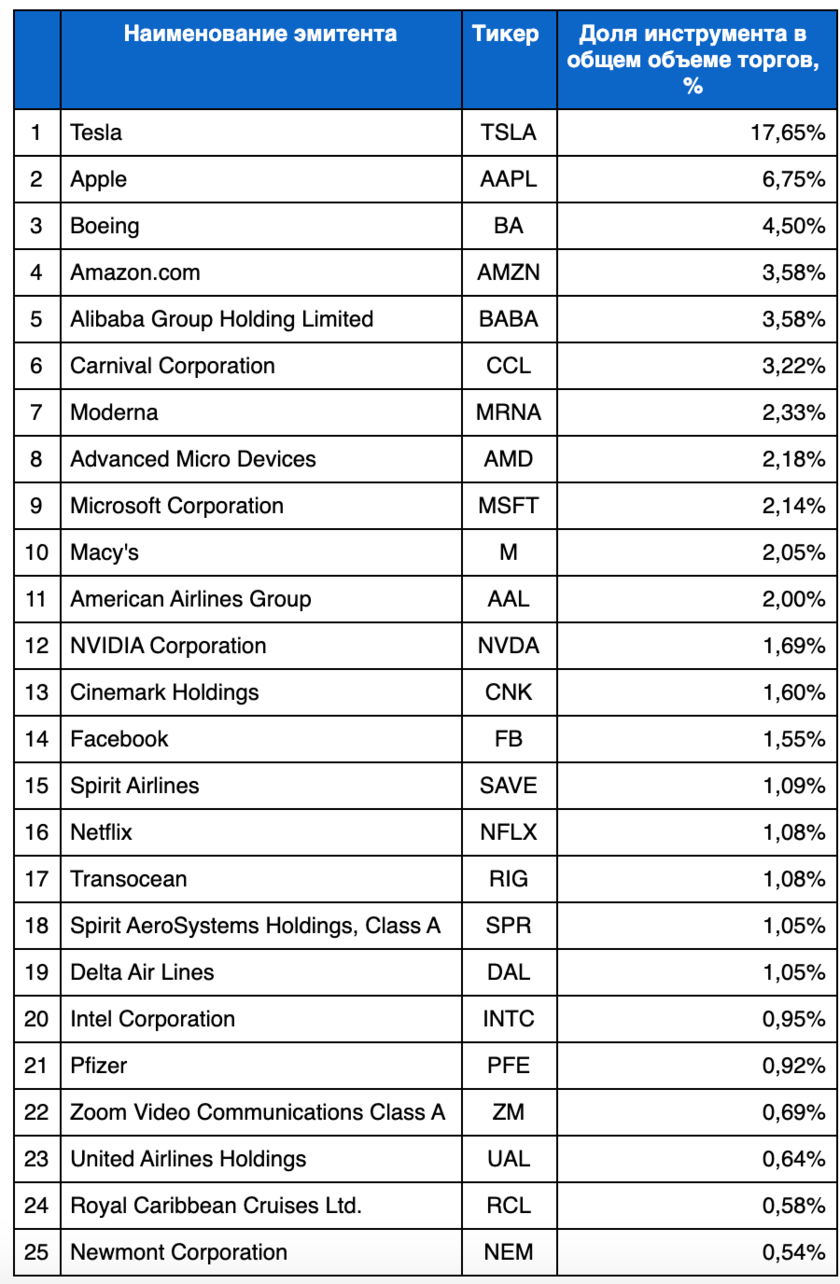