Closing of the project

In April, 2018 Intel announced turning of division of New Devices Group specializing in development of augmented rReality glasses, fitness trackers and other consumer electronics. As a result the company refused development of "smart" Vaunt glasses.


As notes The Verge, this solution of Intel, most likely, is connected with the fact that the corporation  did not manage to agree in  component manufacturers for points, such as frames and  lenses. 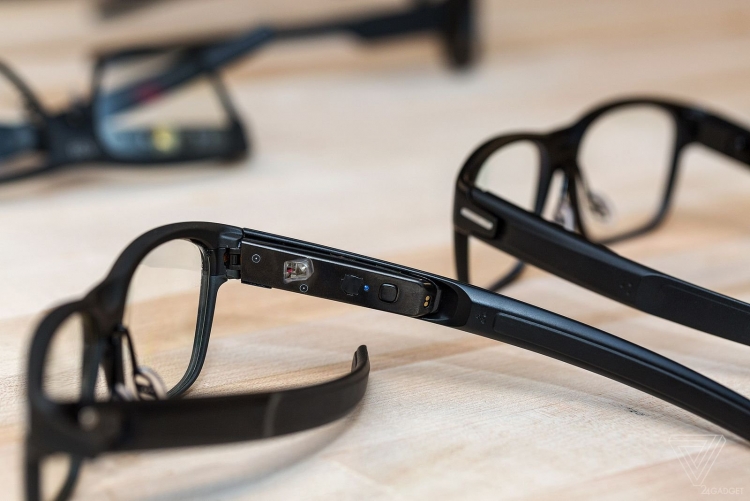 According to the The Information edition, disbandment of division of Intel will lead to "some dismissals". In total in this structure about 200 people worked.

Intel created New Devices Group in 2013. In this division it was invested hundreds of millions dollars which went, in particular, for acquisition of different startups, for development of fitness trackers and wearable electronics. So, in 2014 Intel purchased the producer of wearable Basis Science electronics then it cut down about 80% of the staff in this firm.[1]

In February, 2018 the Bloomberg agency announced plans of Intel to sell the most part of division of New Devices Group which cost was estimated at that time at $350 million.

Demonstration of a prototype

Intel showed a prototype of smart Vaunt glasses at the beginning of 2018. Unlike other similar devices, the laser projecting the image is built in directly a frame and is imperceptible for people around. The company is going to provide points to developers until the end of the year,[2] tells[3][4].

Wearing spectacles or helmets of augmented reality the user sees not completely virtual image, but only some objects imposed on the real world around. Such developments showed already several companies, and except bulky headsets helmets as, for example, Hololens, exist also more compact devices in a type of glasses, such as Google Glass, Epson Moverio or Vuzix Blade. Despite relative compactness, similar gadgets are all the same usually supplied with the massive block with electronics and the accumulator because of what their use can be not always convenient, especially if it is about permanent carrying the device.

Intel showed the early prototype of own Vaunt augmented rReality glasses deprived of these shortcomings. Externally they are almost indistinguishable from normal points because the principal electronic components are located in handles and are imperceptible to people around. For information display engineers of Intel used a projector on the basis of the vertically radiating laser which projects the monochrome red image via the reflector directly on a retina (It should be noted that the technology of a projection of the image directly on a retina was already used, for example, by Fujitsu). As well as in similar devices, the projector in Vaunt is located only on one party and displays information for one, but not both eyes. The direction of a projector is picked up in such a way that the user sees the image from points only when looks in the viewing field lower right corner.

Points can contact the smartphone on Bluetooth and show to the user of the notification. For example, the user can see the notification on an incoming call or information from a navigator on that through how many meters it needs to turn. Representatives of the company say that the final model will be able to work about 18 hours from one charging.

So far Intel does not disclose information on when and at what price normal users will be able to buy glasses. It is known only that until the end of 2018 the company is going to release the version of points for developers and also SDK for application development.