Lenovo Explorer - a helmet of the mixed reality for the Windows platform of Mixed Reality.

On September 27, 2017 Lenovo company together with club for gamers of M.Game of retail chain stores of M.Video began acceptance of preorders on a helmet of the mixed reality of Explorer for the Windows platform of Mixed Reality. 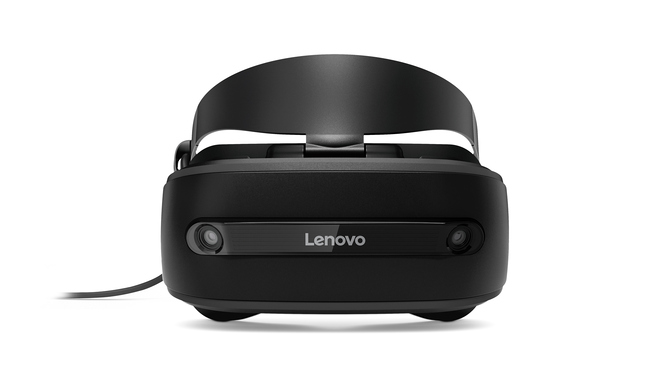 A helmet from Lenovo allows to plunge into the game worlds, to watch video in format 360 °.

The device is intended for games, watching movies and photos, virtual excursions, work with virtual desktops and other applications for the Windows platform of Mixed Reality. Two LCD screens with the resolution of 1440×1440 pixels provide the picture in the 3D and 360-degree modes and when watching video in format 4K.

The tracker is built in a helmet, it provides the accuracy of the movement without installation of the additional hardware. The space sound is provided.

The location and the direction defines the device by means of two 6DoF the cameras located in a front part of a helmet. Connection to the computer takes minutes — to attach it to the PC through HDMI and USB enough.

For management in games and interactions with the computer it is possible to use the traditional keyboard and a mouse, the XBOX ONE controller, or two optional wireless controllers for virtual reality with gyroscopes and Bluetooth connection.

Requirements to the PC

The beginning of sales of the device in Russia is planned for October 20, 2017.