Fibrum is founded in 2013. The main activity - development of the final equipment for display of virtual reality.

The Fibrum company is the Russian startup of 2013 which is engaged in development of software and hardware of solutions in the field of mobile VR (virtual reality). The company developed a mobile helmet of a virtualnoyrealnost Fibrum Pro, produced several tens of mobile VR-applications, created the uniform VR platform, the Russia's first shooter in virtual reality of "The Raid", started the platform of impressions Desirium on the Standalone market of devices and also developed cards and a coloring of augmented reality.

In a portfolio of Fibrum more than 30 business projects in cooperation with such organizations as the Government of Moscow, the Ministry of Culture, Yandex. Taxi, Kinomaks movie theater chain, Tricolor TV and many others. The company sells  more than 20,000  Fibrum Pro helmets in Russia and abroad, and mobile applications of Fibrum were loaded by users   more than 11,000,000 times.

The LANIT group and Fibrum company announced on October 9, 2019 creation of Competence center in the field of virtual and augmented reality for a corporate segment. The center is created in structure of LANIT-Integration company. The command of Fibrum partially passes LANIT Integration into the state, leaving a part of resources as a part of the company for support of the available products and start new. Ilya Flaks will direct activity of the center, saving a position of the CEO in Fibrum company. Read more here.

In 2019 the company published two games and proved as the world-class publisher. Fibrum together with Devcube Studio started Space Ops VR, and by the end of the year the company will release two own games – Party Pumper and Bullet Roulette. Thus, Fibrum will continue to develop only the B2C-direction.

Since September 1, 2017 in four largest shops of M.Video in Moscow and the Moscow region the updated, more convenient zones of mobile virtual reality are provided.

Now buyers can directly plunge in shops into the virtual world created by Fibrum – for example, to sweep on a legendary attraction, to make a space trip or to battle against the zombie. The Fibrum company released 36 applications of virtual reality which became popular in AppStore and Google Play, and an opportunity them free of charge appeared now to test in M.Video. For this purpose it is necessary to use the VR helmets provided by network, the demonstration or own smartphone.

In June, 2017 Fibrum won tender for the state grant in the amount of 15,000,000 rubles from Fund of assistance to development of small forms of the enterprises in the scientific and technical sphere (Fund of assistance to innovations). Bids were submitted by 745 companies. From them only 130 requests were recommended for financing. Among them there was also a Fibrum company.

For participation in tender the Fibrum company provided a prototype of the new ambitious product – an entertaining virtual ecosystem under the name Desirium. Desirium (from engl. to desire – to wish, to dream) is the cross-platform mobile application including a variety of qualitative VR of impressions. The mission of this project – to present to people of an impression, not available in normal life and to implement mankind dreams in virtual reality.

HIPER and Fibrum announce the beginning of cooperation

On September 22, 2016 the HIPER company, producer of accessories for smartphones, giroskuter and gadgets for augmented reality began cooperation with the Russian developer company of software and hardware of solutions, the expert in mobile VR, Fibrum company. Complete with each HIPER VR glasses there is a coupon giving two-week access to all VR-applications of Fibrum (in total their more than 25). Among them there are shooters from the first person, such as popular Zombie Warfare or atmospheric Ghost Hunt, quests based on the works Swindling Is correct, arcades, races and simulators of a roller coaster. The Cinema VR program which gives the chance to the owner of points of virtual reality of HIPER to watch movies with effect of complete immersion should interest in separate point of users, the utility authentically imitates effect of stay at real movie theater.

All applications of Fibrum work under management operating system Android and iOS on any smartphones having a gyroscope and compatible to the HIPER VR glasses.

Thanks to support of the Side-By-Side (SBS) and video 360 standards ° in the HIPER VR glasses it is possible to watch volume movies on the smartphones working running any popular operating systems. The battery life of a set depends on the accumulator capacity of the specific smartphone, the possibility of use of external power sources is assumed that automatically does time of continuous use of devices unlimited.

The most popular models of the HIPER Virtual Reality Glasses VR glasses are VRW, VRX and VRM. All of them have exhaustive functionality and differ among themselves with separate parts of construction that allows users to choose to itself glasses in accuracy corresponding to his personal preferences and financial opportunities.

2014: The beginning of sales approaches

On December 11, 2014 the company announced the beginning of sales in the first quarter 2015.

The prototype during this time changed to unrecognizability. A mobile helmet of virtual reality Fibrum is created to change idea of the game industry, to introduce in everyday life the fantasy elements available only in movies. 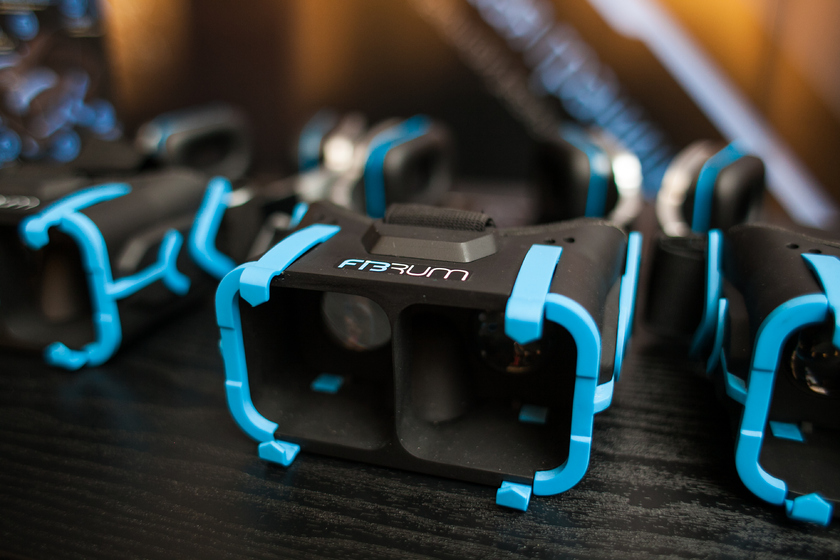 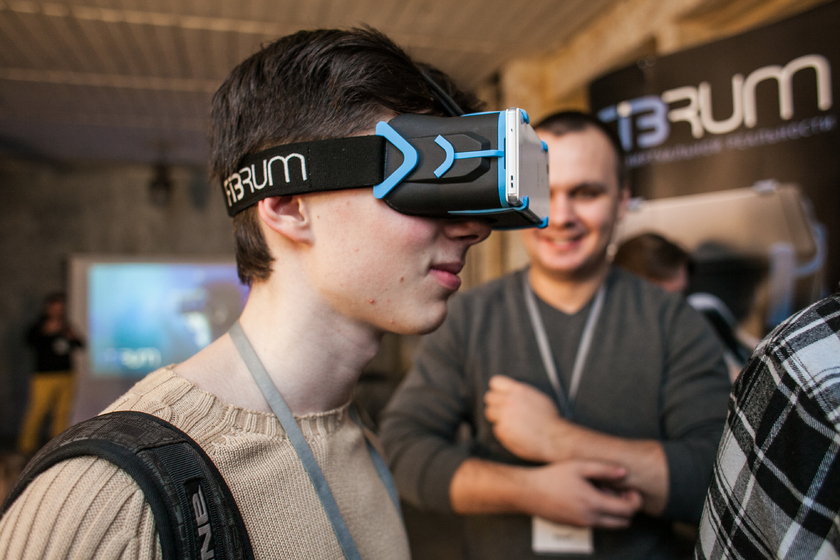 We send to virtual reality of Fibrum Pro

Technical characteristics of a mobile helmet of virtual reality of Fibrum Pro:

In 2013 the company got to work and the collected command recreated from scratch a mobile helmet, construction of lenses, technology and applications of virtual reality.