"The search Sputnik portal" - the company belonging to Rostelecom which is engaged in development of the search system sputnik.ru and the browser. 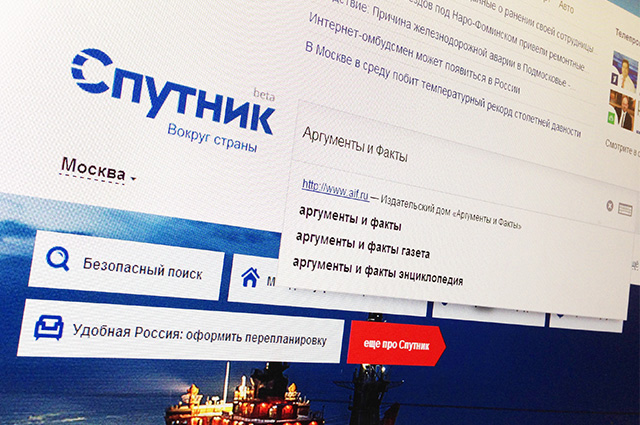 Services of Sputnik are focused on the Russian families integrating users with different requirements and experience. One of the key directions of development of services — security. The command of Sputnik understands protection of the user against the websites as the content security, being distributors of viruses, infected and the malware, a child pornography, promotion of drugs, cruelty, extremism and other information banned in the Russian Federation.

In the browser users can apply strict settings and also special settings and services to children and parents.

As found out CNews, efforts of Rostelecom by bankrupt by a court decision declared Sputnik LLC — the legal person of the superexpensive and not repaid project on creation and development of the browser of the same name and[1].

Initiated insolvency proceeding of Sputnik Rostelecom at the end of February, 2018 having taken with the claim Arbitration court of Moscow. In three months — at the end of May — judges considered requirements of the operator reasonable and entered the so-called procedure of observation concerning Sputnik, having approved as the interim manager of the company of the member of self-regulatory organization Case Egor Nazarenko.

Unpaid debts of Sputnik before the operator according to the loan agreement of March 31, 2015 became a reason for bankruptcy. Principal amount was 3 million rubles, accrued on it interest — 7.6 million rubles So the total amount of debt was at the level of 10.6 million rubles.

Rostelecom also confirmed previously legitimacy of request for payment of this amount in court. With the claim for its collecting the operator took Arbitration court of Moscow on September 7, 2017, and already on October 9 received the decision, positive for himself.

The telecom operator Rostelecom selected 260.4 million rubles for development of the state search engine "Sputnik" and the browser of the same name, the corresponding materials are posted on the website of state procurements[2].

The only contractor of the contract specifies Search Portal Sputnik LLC. In technical specifications need to expand use of the browser in the state and corporate segments of the market and also to increase stability of its work is specified. Besides, based on the searcher development of the news aggregator, cards and other functions is planned.

The search engine should be adapted for different operating systems, including for Linux. Also the contractor will need to pay attention to development of mobile version of Sputnik.

It is interesting that the term of works is specified from January 1 to December 15, 2017.

"It is connected with optimization of intra group turnovers of money. So works began before purchase execution", - the Kommersant newspaper of the representative of the company quotes.

Rostelecom recognized unsuccessful attempt of creation of the national search engine "Sputnik" started in the spring of 2014 and now thinks of how to reorient it on other tasks, the Vedomosti newspaper with reference to the sources close to[3] reports in May, 2017 [4].

As the engineering design Sputnik took place, but as the searcher, popular in Runet, did not, one of interlocutors of the edition notes. According to LiveInternet, sputnik.ru has even no 1% of the search market of Runet. So, in April the hop count from Sputnik on other Russian websites made about 100.8 thousand whereas at the most popular searchers is "Yandex" and Google – there were billions of transitions. The share of "Yandex" in April made 54%, Google – 40.8%, Mail.ru – 4.4%, recorded LiveInternet.

As considers one of sources of Vedomosti, Rostelecom can reorient Sputnik on the tasks connected with calculation of Big Data. There is no final understanding of the future of Sputnik yet, the company will make the decision till June 1. Completely the operator most likely will not decide to close service, the interlocutor of Vedomosti considers: Sputnik was initially positioned as national search engine, it is wrong to liquidate such project.

The destiny of Sputnik will be decided by the new president of Rostelecom Mikhail Oseevsky. He deals with all assets now, on each controversial project there can be any solution, the person, close to Rostelecom, says. But if to know project parts, it is clear that closing is improbable, he is sure: Sputnik has own technologies and current contracts. Its value – algorithms of machine learning and ability to work with Big unstructured Data – everything that searchers have.

The representative of Rostelecom Andrey Polyakov confirmed to the newspaper that development plans for Sputnik are now reviewed, "the amendments untrue" as it is necessary to increase efficiency will be introduced and to reduce project costs.

As it was supposed, Sputnik had to become "access point to digital infrastructure of society and state" therefore it was supplied with several services which helped users to find official information, state service, the addresses of public institutions. Besides, one of the main objectives was to provide a priority of official sources of information and high relevance on requests.

Rostelecom continues to invest in unattended search engine "Sputnik". The new contract for development made 372.8 million rubles, the total costs of development and technical support passed for 2 billion rub[5].

For works Rostelecom in a public access did not lay out technical specifications. On a question of CNews of their character the company reported that it is about the contract for development of the service and search platform of Sputnik and a number of specialized products. Among them — the entrusted and protected services based on a technology platform of Sputnik. "We do not disclose other details (trade secret)" — added in the press service of operator.

On June 25, 2016 the Izvestia edition knew of need of review of strategy of own development of Sputnik company. The company will still create and develop own services, however focus of activity will be displaced towards business structures and public sector[6]. 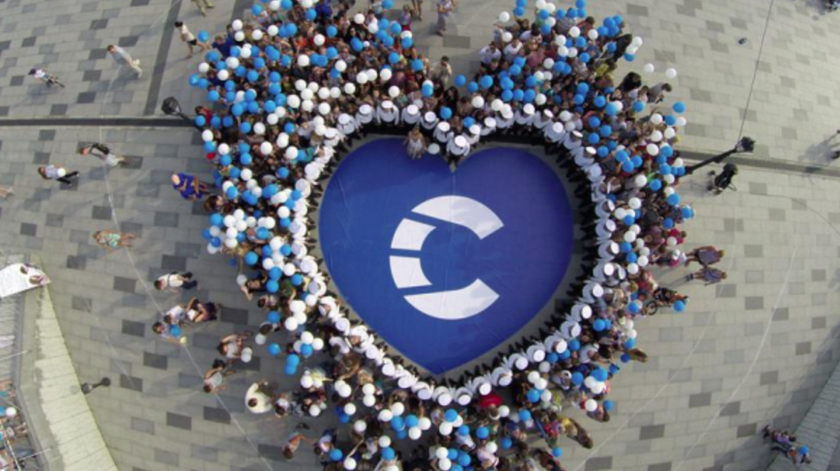 Adverse economic country situation affected change of priorities in work. Sputnik was created as the independent project under the auspices of which created several services however from the beginning of an economic crisis Rostelecom replaced priorities and the searcher transferred to discharge of marketing tools of the operator. Case did not move off dead center, and investments into Sputnik steadily decreased. Attendance of the project fell and Rostelecom carried out audit of the relation to the company.

According to Izvestia, in six months Sputnik was left by about 40 employees from 130.

Sputnik will trace and analyze the international conflicts

On March 30, 2016 "The search Sputnik portal" signed the agreement with Federal Agency for Ethnic Affairs on use of search technologies and technologies of processing of large volumes of data with the purpose of increase in efficiency of condition monitoring of the international (interethnic) and interfaith relations.

The document was signed by the head of Federal Agency for Ethnic Affairs Igor Barinov and the CEO of Sputnik Dmitry Malinkin.

Within cooperation Sputnik will help the agency to collect and index information on the international and interfaith relations from the Internet, to analyze activities of users of the websites and services, to conduct the machine learning based on morphological, linguistic and cognitive analysis intended for the analysis of the websites.

Also the agreement provides that users of the monitoring system developed in Federal Agency for Ethnic Affairs will use the protected browser of Sputnik supporting the TLS protocol with the Russian cryptographic algorithms for access to it.

Revenue of Sputnik in 2015 made 136.6 million rubles, a loss – 150.5 million rubles, Interfax reports ". The company, unlike other large searchers, does not sell advertizing and does not earn from it. Initial investments into the project made $20 million, however Rostelecom does not open the general investments.

In March, 2015 the command of Sputnik submitted the first version of the browser for smartphones, in May — for tablets. On September 30, 2015 the browser became available to users to the PC based on OS Windows.

19.51% of Sputnik belong to the entrepreneur Vyacheslav Rudnikov, 5.5% — to the businessman Vasily Vasin. Information on the possible transaction became known to Kommersant from the sources close to its participants. The representative of Sputnik Dmitry Chistov confirmed the fact of discussion by the parties of the redemption, but said what specific proposal is not directed yet.

Except the domain sputnik.ru Rostelecom owns the rights to the trademark of Sputnik. Minority shareholders of Sputnik did not know that they lost own domain. According to Rudnikov, such transaction should have been approved with founders of Ltd company, and Chistov claims - no transaction existed, according to him: the domain was issued on Sputnik by "purely technical need after a project startup".

"Rtkomm.Py purchased this domain from the former owner in the 2012th, the developer company received it in temporary management and then returned to Rostelecom" — Dmitry Chistov said.