2019: Intention of Roskosmos to enter authorized capital "Gazprom of SPKA"

On November 27, 2019 it became known that JSC Gazprom space systems and Roskosmos state corporation signed the agreement on the basic principles of participation in the project of creation of the assembly production of spacecrafts (APS). Intention of Roskosmos to enter authorized capital of Gazprom of SPKA company is reflected in the document. 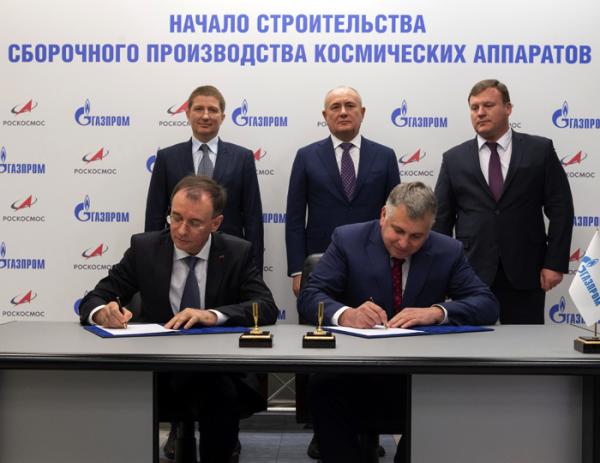 Shares of participants are supposed to be enshrined in the special corporate agreement which will be signed later.

The deputy CEO for business development of JSC Gazprom space systems (GSS) Igor Kot told that design of the center came to the end in the summer:


Financing is organized, obstacles for construction did not arise, and the construction stage started on November 25.

The press service of Gazprom reported that the enterprise of a full stroke, the first in the history of modern Russia, for assembly and testing of satellites will be placed near the Telecommunication center JSC Gazprom space systems.


SPKA will be placed in the city of Shchyolkovo situated near Moscow, in the Quarter of Zhegalovo, on the land plot which is in close proximity to the GKS Telecommunication center. The area of the land plot selected under construction is 87,121 sq.m. Building area will be 6450 sq.m. Section is in lease of GKS for a period of 49 years. As it was noted in the annual report of GKS for 2014, works on creation of SPKA had to begin in 2015.