The document signed on October 17 during the sixth international forum of the innovative development "Open innovations" assumes implementation of the advanced digital technologies in the field of management of municipal economies, ensuring growth of competitiveness of the Russian companies in the field of information and communication technologies and creation of perspective products and services for formation of the competitive offer in the markets of digitalization of management of the cities and territories. 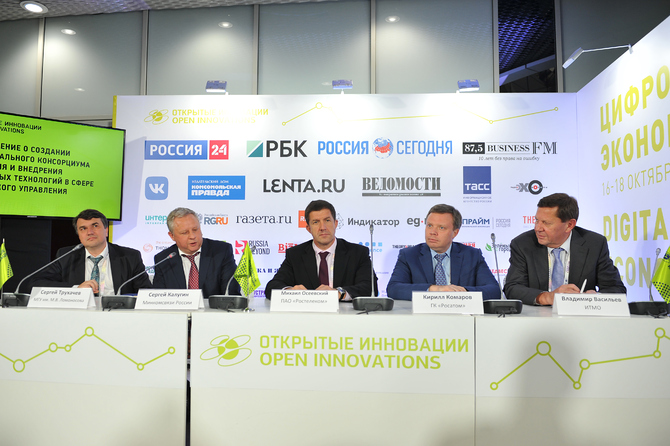 Signing of the memorandum of creation of consortium "Smart City"

Until the end of 2017 it is going to define the first pilot territories and to develop the road map including actions for application of digital platforms of management of the "smart" cities, projects on implementation of autonomous transport, increase in efficiency of housing and public utilities, creation in the cities of favorable conditions for development of the hi-tech companies and so forth.

According to the president of Rostelecom Mikhail Oseevsky, within the project 50 cities of Russia in which fixed capital of digital economy — highly qualified specialists will concentrate will become "smart".


Work on creation of the "smart" cities goes within program implementation "Digital economy" which was prepared by the Ministry of Telecom and Mass Communications together with experts and institutes of development.[1]